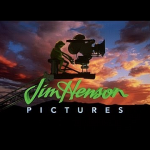 CPWC forever! Don't ever get it shut down.

In the street, I met a pretty bitch, then I told her to swim in sexy bikini in a ditch,

I fucked her vagina and we had sex in a shop, while everyone tried to say stop!

Fucking up is what I really do best, those other bastards should wear a condom on their crests!

Retrieved from "https://creepypasta.fandom.com/wiki/User:Muchacha?oldid=908093"
Community content is available under CC-BY-SA unless otherwise noted.