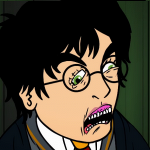 Hello. I use internet. Is good. Very much so.

I'm a newfag (so I herd u liek mudkipz so I put a mudkipz in ur mudkipz- All that shit) and enjoy all sorts of Creepypastas, be they the long, short or THEN A SKELETON POPPED OUT kind.

Discovered this site through a number of references on Encyclopedia Dramatica and Creepypasta.com and instantly became hooked. I really hope Creepypasta's grow in popularity, and that people will use this site to read them.

So, talk to me on my talk page (derp) and I'll see ya around.

Sometimes I make videos on YouTube. Most of the time, they're pretty shitty. So, if you wanna see mah shit, be my guest:

The Let's Read - Account I use for watching videos and stuff, but don't upload anything. Used to be a collaboratory channel where some friends of mine and I would rip into some bad fan-fics/tween girl shit. It's old and pretty hackneyed, but the video's are still there if you're interested.

The Eccentric Films - Account I use for uploading my own videos. Pretty inactive, but I plan on uploading more shit (see my recent blog post).

Retrieved from "https://creepypasta.fandom.com/wiki/User:RetardoTheMagnificent?oldid=932493"
Community content is available under CC-BY-SA unless otherwise noted.