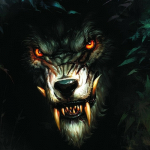 Welcome to the page of Scottish-Terror, I try to write stories based on the folklore of my country or at the least set in and around the British Isles - to many on this site that may seem odd but I think that creepypasta is more than just slashers and videogame hauntings, it can be about legends far older than ourselves, I aim to bring new takes on old tales and although I am new to horror I do my best to try and please.

Selkies are a type of mermaid that were believed to take the form of a beautiful woman when on land and a seal when in the water, a man could force a Selkie to be his wife by finding her seal skin and hiding it, tales of Selkies mothering entire families with human males have been told but if she should ever find her skin again she will return to the sea with her children and never return.

In the context of horror these beings aren't often used as they are not particularly malevolent but I have a few ideas on how to make a modern-day Selkie-inspired tale that will show a darker side to these "cute" critters.

The Spirit House is my own invention but is inspired by tales I heard growing up concerning ghosts, fairies and general chaos that can only really exist in the remote areas of the world - although society has obviously progressed immensely since the days of people believing in such things (even in the Highlands) there is a rich culture of spooks and spirits, with Spirit House I hope to bring fantastical imagery of pagan creatures and ancient "gods".

Redcaps are vicious demons that were believed to haunt the ruins of castles and forts in areas of bloodshed, requiring the blood of mortals to keep themselves alive they would dip their caps in blood and if said cap ever dried the Redcap would perish.. such malevolent little creatures are obviously waiting to be re-imagined in the context of creepypasta.

Each-uisge are demonic beings that were said to feed on humans, drowning their victims and taking on numerous forms by which to tempt or scare the living into a watery demise - my first attempt at converting local lore into a creepypasta was made with the titular "Each-uisge".

Retrieved from "https://creepypasta.fandom.com/wiki/User:Scottish-Terror?oldid=787924"
Community content is available under CC-BY-SA unless otherwise noted.