Words I Live By

"I don't like to give myself a whole lot of credit. I don't want to be some uppity bitch because I keep inflating my own ego. I hate people like that. If I become an uppity bitch, I want it to be someone else's fault."

Really, why would I want to live by someone else's rules? That's just silly.

I've been intrigued and interested by frightening stories since I was just a little girl. Notably, my mother always played scary movies when I was a child, despite the fact that I was in my developmental stages, causing me to become what some would consider "callous" or "desensitized". Some even say I'm crazy and I've been called a sociopath on more than one occasion. Though many growing up the way I did would avoid such tales due to possible trauma, they became something to bring me comfort. Something that would always exist. Something that would still be there when everything else would go to shit. So I come here quite often out of simple curiosity, hoping to feel the fear that makes my heart race and remind me how great it is to be alive. Quite simply, I don't intend on displaying a picture of myself because I'd rather not have anyone finding out about my little closet hobby of having my wits scared out of me, though such things are easily veiled by a love of the color pink and adoration of little fanciful fairy tales.

As for my pasta preferences? I'm not big on the idea of torture or random gore, meaning that I don't like films like the "Saw" series or other things that are often reffered to as "gore porn". I don't have a particularly weak stomach, but in all truth, gore isn't so scary as it is simply gross, and after reading about multiple murderers and serial killers, I also find descriptive gore to be overdone. What I find more interesting are things involving things that can't be explained away by science or mental illness. It makes for quite the tasty pasta.

I'm a fan of the supernatural, having a solid belief in ghosts, spirits, apparitions, or whatever you prefer to call them, as I've seen such things myself. Next time something pops up, I'm likely to post about it in my blog, though I don't expect any of my tales to hold a candle to some that I've read.

And the name? If you couldn't guess, I'm a fan of some anime and I happen to enjoy Death Note.

What do I do here? I don't tend to think I'm much of a good writer, though more than a handful have told me otherwise. I write down what I remember. I tend to forget half my ideas, anyway, but one thing tends to stick with me. I have a basic grasp on English and one of my pet peeves happens to be poor use of the English language. So I edit things almost every time I get the chance or spot a miniscule little error. I often switch a word here and there and make things a little scarier by making them more readable. Or at least that's what I aim to do.  I'm aware that my own vocabulary isn't very good and I might be guilty of a comma splice here and there, but I like to think I do pretty well for attending American public schools that seem so enamored with the self-esteem movement.

Anything that I post is probably an urban legend from somewhere I've lived in or near, a classic scary story I remember from my childhood, a piece of my overactive imagination, or (least often) a very strange thing that happened to me that I find eerie, making it good material to share on this site. I'll occasionally post a funny story, but those less often than others. I may post something with some descriptive "tomato sauce", but I am only very rarely in the mood to write such things. My love for cooking may lead to me posting a few recipes here, and I also may make some of the ones I see and snap a picture.

Thank you for reading this. Perhaps if you don't take me for a pompous bitch, we may get along. :)

Just keep in mind that I don't tolerate stupidity well. I am many things, but nice isn't necessarily one of them. If you happen to ignore the rules here, you'll learn that very quickly.

I like a good number of stories. The only ones I'm not interested in are MLP pastas, most video game pastas (that includes Minecraft, Roblox and all of that jazz), a large majority of Pokemon pastas, and lost episodes. I have a strong preference for pastas involving cryptids and supernatural activity. Subtlety is very nice in my opinion, as it makes things seem far more likely to be true.

I've become more than an editor on here. Due to having a bit of a creative streak, strange experiences and an overactive imagination, I'm the reason for over 40 pieces of original content on this wiki.  If you have any suggestions or happen to enjoy my writing style enough to drop me an idea, leave a message on my Talk Page.  I'll gladly try to humor you.  Just make sure the idea isn't too specific or I won't be able to work with it.

If you're horribly misguided and happen to think this local grammar Nazi is pretty cool, I'm pretty easy to reach. I'm in chat quite often and I don't take offense to being left messages. I'm mostly friendly! If I'm in chat and don't happen to answer you, I'm likely in a private message with a friend or away from the keyboard doing something else, most likely cooking or tending to pets, or my brother, which is equivalent to a pet. If I mention "feeding critters", this may also refer to him.

I have Skype and Yahoo, Skype the more commonly used of the two. If I get to know you well enough, I may add you as a friend, though I'm a little shy about messaging someone first! Also, if you commonly talk to me in PM, I won't be offended if you ask me for one them. Also, don't be too freaked out if I flirt with you a little. Take it for what it is. I playfully and harmlessly flirt with other people, generally if I view them in a friendly manner. I don't really mean anything by it.

Comcast is tempermental in this area and loves to cut out without a moment's notice.

I'm aware that some people on here are doing this Creepypasta Family Wiki family tree thing. I think Cleric is everyone's dad?

I don't think I'm related to anyone. Just consider me that crazy cat lady down the street. It's fitting, trust me.

Though there is one exception... I get along very well with Psychobilly2422. We know each other on Skype and due to similarities, consider ourselves twins.

My stories have been growing in popularity, and it seems like I've managed to pick up some fans along the way. With over thirty stories, it seems like I've caught some attention. If you happen to be a fan, please list yourself below next to the bullets. Yes, I know how dangerous that sounds.

So apparently people like my stories more than I thought. HumbleLittleNarrator from YouTube decided to narrate mine and post them. Also, a few other people narrated them. It surprises me, really. <3 Take a look and listen if you like! Just to discredit anyone thinking any comments are fraudulent, my account is darling.shinigami@gmail.com. My name appears as Mayla Hanasaku, which is one of my (many) RP characters. Most names I use for accounts are simple aliases that are probably character names.  By the way, I'm certain there are more videos on Youtube narrating my work, but I'm not likely to try to track them down and link them.  I'm too lazy to do that. 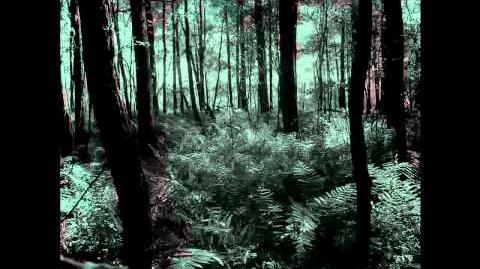 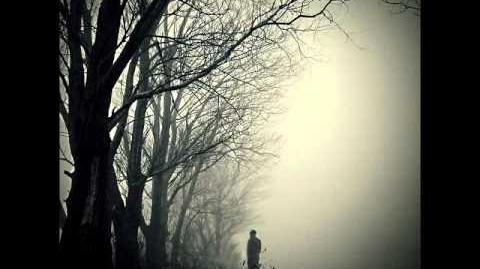