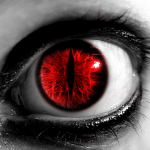 "It knows what scares you, it has from the very beginning, don't give it any help, it knows too much already"

Nelson Smith, more commonly known to the users of the Creepypasta Wikia as SnakeTongue237, is a young writer from North Carolina who has been interested in subjects such as horror and death from a very early age. He started out writing short stories for his own enjoyment before finding an outlet for his insanity: the internet. His major writing influences would definitely include authors such as Stephen King, Clive Barker, and Lois Duncan. He has also drawn inspiration from film, primarily classic horror flicks and low budget slasher movies from the 1980’s, as well as his own personal life and fears.

This is the list of all the pastas on this wikia that I have written.

~Running Out of Tombstones- A Gravedigger is burdened with the grisly responsibility of satisfying a monster that lives in the woods beside the local cemetery.

~Detour- Two innocent lovebirds are subjected to a nightmare of torture and Satanism when they take a detour on an anniversary road trip.

~Don't Scream- An artist is driven to the extreme. Beyond that I can say no more.

~Lord of Lies- In order to successfully pull of the murder of an innocent child, a hired man must play the part of a ghostly urban legend.

~Shared Blood Runs Thick- A tale of redneck brotherhood with a twist.

~From Deep Within- A lowly, underappreciated police officer embarks on a mission to find his kidnapped daughter. My entry for RuckusQuantum's mystery writing contest. This pasta won an honorable mention as well as the People's Choice Award.

~Crucifix- A recently orphaned boy moves into a foster family of devout christians and develops a fear of the crucifix that is in his bedroom.

~Revival- A college bound couple find themselves walking home alone at night on an abandoned country road. They have a disturbing encounter with an eerie monster that they may actually know better than they think.

~Tongueless- After finding the lair of a psychotic serial killer, a youth experiences acute guilt.

~Outside Lights- A young girl home alone becomes increasingly frightened by the strange lights she sees outside her window. Nominated for Pasta of the Month.

~Something Is Wrong- A young man finally gets to visit his cousins after five years of not seeing them, only to discover that something isn't quite right when he gets there. Nominated for pasta of the month.

~Remember the Reaper- A serial killer commits suicide and leaves a note explaining why he followed through with his evil ways.

~~Broken Mirrors- The life story of a disfigured man who has had to endure several hardships. Inspired by real life serial killer Jeffrey Dahmer.

A maker of snuff films rolls the camera for one last time.

A young boy discovers the startling truth behind monsters that lurk in the dark.

A man receives a text message from his daughter that terrifies him to the core.

There's more where that came from. Click here for some micropastas written by yours truly.

Click here for a very short playlist of readings of my various creepypasta.

Altar of Innocence- When his promiscuous neighbor becomes pregnant, a man insists that the child is his, and slowly begins to build an obsession over her lies.

I would recommend that you read any of the creepy-pastas below, I have found them to be interesting, entertaining and frightening. I have also split them up into three categories to make them easier to locate and enjoy.

Underrated Stories-- Pogo, No Right Turn on Red, There's a Man in the Woods, At My Most Human State, Gumjaw, The Pastel Man, The Magician's Game, I'm Worried About My Son, A Girl's Night, Day of the Worm, Pasta Noir.

Modern Masterpieces-- A Small Piece of Lead, The Long List, A Figure in the Fog, The Number of Darkness, The Gym Teacher, Sheltered Life, Secret Bar, Tobit: The Bleeding Sky.

1rst place: A Figure in the Fog (By Shadowswimmer77)

Personal Favorites of Book and Film.

If you find yourself bored one day, do yourself a favor and waste an hour or two on these superb horror flicks.

A Selection of My Personal Favorite Books

In your free time, check these books out of your local library. They are very good.

Retrieved from "https://creepypasta.fandom.com/wiki/User:SnakeTongue237?oldid=1229367"
Community content is available under CC-BY-SA unless otherwise noted.