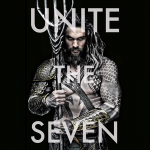 Bear with me, and I'm sure we'll make something incredible sooner rather than later.

Hope it's all worth it to you.

http://www.creepypasta.com/dr-stoker/ My First Creepypasta. A young scientist is eager to assist his mentor, but he is caught off-guard when everything goes to hell.

http://www.creepypasta.com/the-choice-in-the-fields/ Short, simple story that I wrote just to test out suspense and tension. Not anything particuarly special or clever, but hopefully unnerving. When a boy finds himself alone in the fields, he must make an impossible decision. Trapped between safety and doom, his life depends on it.

http://www.creepypasta.com/the-quiet-sky/?wpfpaction=add&postid=31716 Long time coming, but finally here. Hopefully worth it to all of you. A call went out, but its response was unexpected. How could we have known?

A simple poem that's hopefully ambiguous enough to make you curious at the end. Wrote it on a whim. He found it odd that a crow would visit him every night, and tap upon his window. What he couldn't understand is what it was waiting for.

If ghosts aren't real, then what's been haunting young Jeremy Miller at night? He sets to find out...but he may not like the answer...

A Gravedigger sees something rather peculiar and extraordinary one morning...but it's what he's TOLD that really spooks him.

It was supposed to be such a simple day, until something started falling from the sky. Then, it became a struggle between life and death.

Tales of horror sorted alphabetically. If every tale doesn't surprise you in some way then I have failed

Supposed to be "depth" but goddammit its taken and **** me if it isn't pretty cool too, so now this story is "Deep"...not like metaphorically. No, this one was simple. Not nearly my best, but hopefully it's fun and eerie to all of you regardless.

A man awakens to find himself tied at the bottom of the sea with strange symbols carved into his chest. The darkness is cold and harsh, but when he finally gets some light, he'll wish he'd been kept in the black.

Fun little piece, hope it throws you a bit.

A father, his son, a teddy bear, and a really hair-raising discussion

Simple piece I did in my writing club. College is fun. Homages to the Marsten House (Marsh House) in "'Salem's Lot" and to the Creeper from the first movie to truly terrify me "Jeepers Creepers". Should be fun and tense.

Jena just wants to find her brother, but he's been foolish. He's gone to the Marsh House again. At night. In the snow. She has to find him, before It does.

For fun, short and sweet (hopefully). Man, it wouldn't let me add the ? at the end. How did others do it!? Oh well, I still enjoy the title.

A mother rushes to her son's aide in the night, but little does she know that the scary 'Monster in the Closet' is just a bit more than that...also, what happened to their pet cat, Socks?

Long, but hopefully worth it for that twist in the last line. If your skin starts to crawl then I guess it works!

It can always get worse, as Daryl Hutchinson soon discovers as the unusual pressure within his ear quickly evolves into something evil, intelligent, and manipulative.

Question: What's more cliched than Werewolves (Besides Vampires, but, we'll get there eventually)? Better Question: Are werewolves scary? I think not. Best Question: Can I MAKE them scary?

I'll sure as hell try.

When you're a child, it's easy to believe that Mommy and Daddy will always be there to make the monsters go away. But, when they can't everything suddenly becomes a lot more terrifying...

This is a weird one, but by now, that should be expected. Proud of this, and hoping it's different. Will read differently on repeat readings, at least...that's the hope.

Around the campfire, four bodies, telling the tale of an urban legend older than any of them could ever imagine. However, as young Logan already knows, something is awfully, awfully wrong. But what? Perhaps it's best to let some legends stay legend.

Welcome to October. 31 Nights of Fear. And that's exactly what you'll get. 31 Nights. 31 Stories. Written live as the month goes on. New story every night for October 2018. An anthology dedicated to all things spooky. Read through all of it, if you dare, and be sure to tune in for a new story every night between 10 and 11 PM e.t.

The first I ever heard. First to creep me out.

Better than ABD honestly. I love it. It's so original.

Not the best, but I still love it. There was a reading by ProfessorCreep on YouTube that I grew particularly fond of.

The intro to this one is so perfect. the Chilling Tales for Dark Nights reading is the ONLY way to experience this one to its fullest IMO.

O, one of those classics. I love the way its told from the perspective of different historical accounts. That was nice. One of the true "this could be real" stories.

God I don't think this one holds up anymore, but it was a classic to me. Too much gore, not enough scares, great final line.

Who doesn't love a good monster story? So intriguing.

Normally not a fan of excessive violence towards kids OR lost TV episodes but this one does things tastefully and horrifically.

Another "The Quiet Sky" narration by the AWESOME CreepyPastaJr

And ANOTHER reading, this time by the fantastic freaking Dr. Creepen van Pasta

Retrieved from "https://creepypasta.fandom.com/wiki/User:TheDoctorFF?oldid=1368127"
Community content is available under CC-BY-SA unless otherwise noted.