Subscribe to my subreddit r/TheVespersBell to make sure you're always up to date on my content or to ask me questions. I'm a Featured Writer for r/Odd_Directions, meaning I post there a minimum of once a month, often more. All my new stories will be premiering on these two subs a week before anywhere else, so subscribing will get you early access to all my latest content.

I've also made a not insignificant number of contributions to the SCP Wiki. You can find my author page here. .

If you'd prefer to enjoy my stories in Kindle form, or would just like to show me your support, you can purchase my 24 story Horror Anthology on Amazon today. 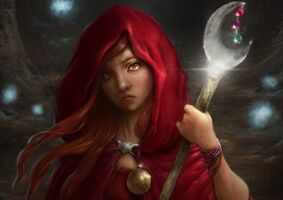 Odd occurrences from the city of Sombermorey and Harrowick County

~ A quiet young woman stumbles upon an abandoned cemetery, and quickly claims it as her own private sanctum. But when All Hallow's Eve rolls around, she learns that it's been abandoned for a very good reason.

The Mad Monk of Saint Aria's

~  A young Witch goes to investigate an old abandoned church, wondering if the mysterious figure she encountered there years before was real. Instead, she finds a god that has no business dwelling in any human sanctuary.

~  During a routine sleepover, a pair of teenage girls uncover a hidden trap door in one of their basements. It leads to a forgotten cellar, filled with forbidden secrets that should have been left to rot.

The Worst Thing In The World

~ "You asked me once, what was in Room 101. I told you that you knew the answer already. Everyone knows it. The thing that is in Room 101 is the worst thing in the world."  - Nineteen Eighty-Four, George Orwell

~ Upon discovering a new brand of energy drink in a strange vending machine, young Halcyon is more than eager to give it a go. It's not until she finally manages to fall asleep again that she learns its ridiculous, over-the-top name was more than just a marketing gimmick.

~ Desperate times call for desperate measures. When two young men decide to burgle an empty guest house of their local plutocrat, they find it's guarded by an uncommonly cerebral watchman, who's not about to let something as trivial as not having a body keep him from his duties.

~ A conversation with her spirit familiar leads Samantha to a collection of arcane scrolls, containing portents of a rare alignment of occult forces in the days to come. It also leads her to her first encounter with Seneca Chamberlin, the most mysterious plutocrat of Harrowick County.

~ During an out of town business trip, a man drops into a peculiar Oddity Shop and purchases a pair of antique, red-tinted goggles, and has his eyes opened to horrors he never imagined.

~ Along a seldom troden road, there lies a virtually unknown conservatory for the rarest of spiders. You're welcome to visit, just mind where you step.

Once In A Blue Blood Moon

~ With almost twenty years in between Moon rises, it'd be a shame to let this one go to waste.

Red In Tooth And Claw

~ Following his greatest failure, Seneca Chamberlin must return to his Order's headquarters to face the consequences. What waits for him there is his worst nightmare, literally.

The Colour Of Television Tuned To A Dead Channel

~ “I think a little splash of colour is exactly what this production needs.”

The Man Of The House

~ When going through their attic for Christmas decorations, Samantha and Genevieve find a letter left by Eve's Great Grandfather, revealing a long kept family secret.

The Price Is Blood

~ Investigating local legends that say the old Fawn & Raubritter Foundry is still in business, Ella discovers something far more monstrous and outlandish than she ever dared to fear.

The Self-Portrait Of Rancorous Ruck

~ "The whole scene was reminiscent of Saturn devouring his children, only with Saturn reimagined as some sort of Lovecraftian boogieman."

~ Not all childhood fears are imaginary.

The Book of Emrys

~ Seeking shelter from a sudden storm, a driver pulls into the Somber Starlight Roadhouse. When he gets to his room, he finds that the nightstand contains something a little less traditional than a Gideon's Bible.

The Hedge Witch Of Harrowick Woods

~ A strange howling in the middle of the night from the nearby woods draws a young woman in to investigate, only for her to walk right into the middle of someone else's story.

The Best Laid Plans Of Mice And Men

~ "If it's not the traps, then that means that the rats have skipped town, were caught by someone else first, or are smart enough to avoid or escape the traps altogether, and none of those are acceptable.”

~ "Hey, Charlie; do you want to hear about the time I shot a Nazi warlock?"

The Magic Of Television

~ My grandfather keeps an old TV in his spare room. It showed me things that I didn't think were possible.

Stand-Alone stories that don't necessarily fit into any canon

Have You Ever Made A Wish In A Wishing Well?

~ Well, have you? I bet you've been doing it wrong.

~ When a blind woman receives an offer to participate in a mysterious company's experiments with darkness, at first she doesn't see the harm in signing up. Once she's in the lab though, she starts to see why she shouldn't have come - and a whole lot more besides.

Skip to the End

~ Let me just get the obvious out of the way first; yes, I’ve actually been to the future.

~ Be sure to check the table for bugs before you sit down to eat.

The Were-Witch of the Howling Woods

~ “Nope. ‘Were’ means man. A Were-Witch would be a warlock,” Thorogood said sardonically. If he was going to die, he might as well die correcting people’s etymological errors.

The Kings In Yellow

~ The Backrooms were filled with all manner of ‘what-was-that’s and ‘who’s-there’s, and greater fools than Cervin knew those were questions best left unanswered.

~ The girl tried to scream as Annabelle’s fangs sunk into her neck, but her jaws clamped down with such force that she couldn’t even breathe.

Leaked stories from the archives of the top-secret Dreadfort Facility

~ "Gordy is a silly name for an Eldritch Abomination."

~ In 15th century London town, an old apothecary and his granddaughter have their evening interrupted by a rather zealous member of the Inquisition, who's convinced they're guilty of witchcraft. Does a fiery execution await the both of them, or might they yet have a trick up their sleeves to keep their lives and livelihood from going up in smoke?

~ "Yes, we lure people in here to be tortured, killed, and then chucked into a pit because that's how we get our rocks off. We’re monsters, and we’re fine and dandy with that."

HALLOWED GROUND (Part I) - by The Vesper's Bell - Creepypasta

THE MAD MONK OF ST. ARIA'S by The Vesper's Bell Creepypasta-0

HALLOWED GROUND VIII SOMETHING FAMILIAR by The Vesper's Bell Creepypasta

THE EREBUS PROJECT by The Vespers Bell Creepypasta

Someone Darke (audio file only)

Four Story Compilation ~ Think Tank, The Mommet, The Colour of Television Tuned to a Dead Channel, and The Erebus Project. For some reason, I can't add the video directly to the Wiki.

"Skip to the End" - JOURNEY TO THE EDGE OF TIME

I Work For A Company Called Thorne Tech