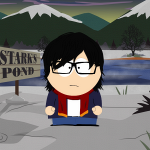 hey, its Urotsuki! (its ednoahjones/Turntechgodhead/Ectobiologist, i wanted to be Urotsuki, so i'm Urotsuki now. boo hoo, wanna cry about it?) i'll add more shit later Template:YoutubePlayer

I am in a relationship With Amazing Mccutiepie- I mean, Bug2buga/Bughouse Bacillus

My favorite colours are Blue and Red.

I am a pansexual. (Which means i am attracted to transmen and transwomen as well as men and women.)

I am very shy. I will most likely not directly talk to you in one on one. Out of fear that I will, Annoy you.

As mentioned before I love comedy and my sense of humor is very dark, and snarky. And easy to misinterpret as me insulting you.

I am VERY perverted. And most of the time might Jokingly flirt with someone.

On another side of the spectrum I will also flirt seriously with some people I find endearing.

How are you to differentiate those two? You aren't that's the fun! hehe

My favourite animal Is Bear.

Based on a test i took my spirit animal is apparently or atleast is most likely Wolf.

I am a taurus.

I am Very Protective of my friends and loved ones. to the point where i will take punishment for them.

I am also Very Protective of Transgendered people. I don't know why, but it probably has something to do with My personal Close friend Rose,

I have a tumblr. http://ebectobiologistegbertjohn.tumblr.com/

My favourite Food is pizza.

My favourite band of all time is Tears for Fears.

I am currently studying japanese culture every weekday for an hour first thing when I get up, However i am currently taking a break from that, I'm hoping to become a japanese scholor and move there someday, either there or london.

fallen friends, i'd give anything to talk to again someday

Why's it always me? - Neville Longbottom

Why spiders? Why couldn't it be "follow the butterflies"? - Ron Weasley

Although I laugh and I act like a clown, Beneath this mask, I am wearing a frown. - The Beatles

People who can't throw something important away, can never hope to change anything. - Armin Arlert

Retrieved from "https://creepypasta.fandom.com/wiki/User:UrotsukI?oldid=728462"
Community content is available under CC-BY-SA unless otherwise noted.