Please remember to make a new heading (==insert name of section heading here==) for each new topic and to sign your posts with four tildes (~~~~).

I took the liberty of archiving your talk page for you, as it was getting kinda big. Hope you don't mind.

If there are, it would be more appropiate to add these to anything hat involves Jeff The Killer (Jane, Fanmade helpers, fanmade art, e.t.c) but just on images, not on stories.

WHAT WHEN DID I DO THAT?!

Srry 41488, I was over-reacting. It's just what my Asperger's Syndrome does to me. Plz forgive me for that message.

I changed my name because I can. And now that it's changed, there's no goin' back. So DEAL WITH IT.

And take a dancing Rayman on your talk page!

I hope it DOES burn! Be a man!

I have no idea what you just said. Ah well, take the four Raymans! Don't go into Candy Chateau or I'll eat your entrails in a cake.

How I feel about your ending chat ban.

thx for the edit

Thanks for the edit

Because the laptop at my uncle and aunt's is slightly more advanced than the one at my house, so I can edit, but not chat and shit. And yeah, this is my last day here unfortunately.

Just to make this perfectly clear: ONLY substitute talk page templates. With a few exceptions, substituting of non-talk page templates (e.g. BAD) is discouraged.
Also, the BAD tag has a new feature: including the date which a page was tagged so you don't have to look through the revision history every time to make sure a page isn't past its due date. The way to do this is by putting the date in the template's second parameter. This can be done in at least three ways:

{{BAD|{{subst:d}}}} (The "d" template, when substituted (yes, this is one of the "exceptions"), will automatically swap in the current date so you don't have to do it manually. This is slightly easier than just typing it out manually.)

Don't get overweight huh? You're no fun.

How many categories did he create? You forgot to specifiy that.

Again, if I don't know the numbef of categories in the second offense, I can't give the ban.

If you do, please review Cuil Theory its my best pasta.

Version one was written by me, soon after, someone made v2, and made that wiki, the person contacted me, and sent me a link, after that I was asked if I could add something. After that, I simply wrote about the negative cuils, and added somet stuff to the main article, and sent it to them.

Heres my new page Micro 2 a sequel to Micro.

Any chance you could read, and review them?

Yes it is cliche but none the less I fixed the paragraphs http://creepypasta.wikia.com/wiki/We_Did_This

I have cleaned out ALL of the marked for review pastas, and all of the needs editing pastas.

Thanks. Still getting used to the site

Dude, that pasta of mine you just deleted? IT WAS A TROLL PASTA, OK?!

414 PLEASE ACTUALLY LIST YOUR OC ON THE USER SUBMISSIONS PAGE OR I MIGHT HAVE TO REMOVE THEIR OC TAGS K THX.

IF THEY DON'T HAVE OC ON THEM THEN I'M GONNA HAVE TO REMOVE YOU FROM USER SUBMISSIONS
ALSO THIS:

One or more pages you have listed on the User Submissions page were removed from your section as they were not tagged with the OC category.

If you fail to mark a page as OC after adding it to the Submissions page again, your account will be blocked from editing as per the rules about OC and User Submissions. This block will increase for every infraction thereafter.

Yeah, I'm back, and I'm probably not gonna edit full time until I'm chatting and really back on the wiki.

As for if it's allowed, I'm not sure, But I think not. Mainly due tothe fact that somebody I banned posted a blue waffle on my page and Skelly took it down immediatly. Poor Skelly, taking one for the team. 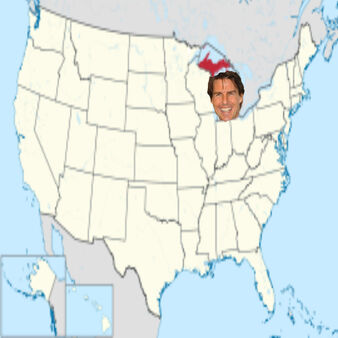 Hey, if you've got something to say to Majin about her removing the M4R tag haphazardly, do you think you could post a message on her talk page rather than spam commentary in the edit summaries? That is not what those are supposed to be used for, kk.

This is a test of the admin notification system

(Admin Only) To use admin notify please visit http://creepypasta.wikia.com/wiki/Special:AdminNotify

To use AdminNotify you must visit Special:AdminNotify (ignore the redlink it is a valid page). You then click the Notify button. A modal will pop up asking for your input. After typing your message click submit. NOTE: please wait up to 6 sedonds before leaving the page and only click the button once okay. Clicking it repeatedly will keep activatimg the system and therefore spamming everyone with messages. Leaving the page to soon will result in not everyone getting the message. Thank you for your time and cooperation e.o

I am testing the new feature to see if it works. So um... Flareon. Temmington talk

Hey, I edited your profile so that it's the actual template instead of the template code so it updates automatically. Hope this is alright with you. Temmington talk

Do Not Give Wolfen Chat Moderator

As he lost his rights before he has been barred permanently from obtaining such rights. (VCROC ignore this)

Thanks for all the laughs, you're an awesome person.

Seeya around. I posted some contact info on my blog.

Do not extend, shorten, or tamper with the ban of Critic of Sadness. The time has been set appropriately and it will stay in said time. VCROC, please ignore this as it does not concern you.  Temmington talk

Page in Jeff the killer category

This should probably come as no surprise, but I'm seeing redlink images on older pages.

When you delete photos that are listed as being on other pages, please tell what the dupe file is, please.

Why are we shown as the only two VCROC on your profile? What happened to everyone else?

Now you. You can call me Ann Marie. But only if you're partial to being flayed alive and having an angry immortal skip rope with your entrails. (talk) 10:02, September 12, 2013 (UTC)

Most old members are either admins or had their rights removed for various reasons. The lack of new membership is simply due to the lack of applications. Nobody really appies for anything but chatmod nowadays. LOLSKELETONS (Leave a message) (My contributions) 12:39, September 12, 2013 (UTC)

I read your message regarding my numerous edits on "Choo Choo". Please understand that I wasn't trying to purposely raise my edit count, beforehand I have tried editing other pastas. However, when I would try to apply the change someone else would have already edited it in that time span, and my edit could not be applied and would  be undone. Since I was a bit fustrated when this kept happening, I figured I would go about editing like writing a word document: to save (or apply the small edits) frequently so that way all the edits could be saved and applied, and I wouldn't keep losing them.

I apologize if this came off as spam, or trying to cheat my way to a higher edit count. That was honestly not my intention, I was just tired of losing all my edit progress on a story. Also, I'm a bit new here, so I'm still a bit unfamiliar with the edit policies (I've read them, but I do forget sometimes), so please excuse me as I'm still trying to learn the ropes of editing and being a part of the wikia community. :)

Also, why isn't entity a category that can be added to stories? All the other categories are fine to add onto stories... (sorry, I'm just a bit confused...)

So, in short, move them out of the mainspace or they will be deleted. You can always restore them and move them to your talk space anyway.

For those of you who don't have talk archives in the main namespace, ignore this.

You are banned from chat for Three months for the following reason: Sexual content. Again. Remind me when the time is over, as I'm obligated to do an infinite ban

I was wondering where you were at! :)

Although I feel rather sorry for finding out you being banned buddy :(

Hope I can talked to my VCROC friend soon~

THE PAGE OF BADNESS I MADE GOOD, OR TRIED TO.

I tried to fix it.

OH AND I CAME BACK FROM THE GREAT SLEEP.

OKAY, THE GREAT SLEEP HAS MADE ME BATSHIT INSANE, MY DRUG IS FIXING THINGS.

I also fixed this page.

You have been unbanned, under the ground of, oh let's see...good behavior and being missed by a lot of people.

i hev no idea wat u r talkin bout srsly

Seriously, I have no idea what you're talking about lol, can you show me the edit? I helped remove the narratives and have no recollection of adding narratives to pastas :/

Actually, I think I just remembered.

It was on a page where I rolledback 4 edits I had previously had cause I was spamming the homepage, and reverted it back to the edit that Majin had back in like August I think.

I'd say that was it, simple mistake, my bad.

Remember me, StevieGLiverpool fromt he chat where you were typing on the tablet? Well it was really fun in the chat and want to talk to you again soo (and CrashingCymbals), boy that chat was fun. Byeee friiiend

I have an old blog post that has no comments on it that needs to be deleted.

It's my "Slendersickness" blog post and Because it never got a single comment in 30 days it can no longer be used at all.

It has become an eye-sore over time so please delete it whenever you have the chance.

Thank you for letting me know.

If you want to talk to me about my encounter with Slender-man don't be afraid to ask me.

When it come to that subject I gladdly answer any questions.

it was your birthday

...and I forgot. Happy birthday. I'd post a lolcat but my iPod is stupid.

So here's a joke, as a substitute for the lolcat:

Why are vampires always happy?

Because it's fatal for them to be cross!

Okay. That wasn't funny, but I'm trying to set my follies right here.

--awaiting the who's there

Nobody. Just a skeleton.

I know. It's stupid, but I had another which was like: interrupting cow wh-

But that wouldnt have worked, really.

It's Frankenstein's monster, knocking his head off

Hey. Did you write Don't Look Down? There's a -41488p thing at the bottom, making me think that you wrote it, but there's no history of a OC category being placed. I'll keep it in my bookmarked pages, 'cause I have to fix the spacing of the image. Do you hear that? That's the grape roaring 15:32, May 4, 2014 (UTC)

Retrieved from "https://creepypasta.fandom.com/wiki/User_talk:41488p?oldid=881980"
Community content is available under CC-BY-SA unless otherwise noted.