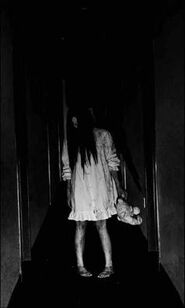 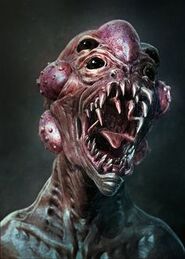 Lights in the Woods... 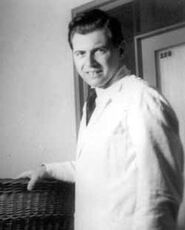 Mengele's Ghost...
Add a photo to this gallery

My name's Taylor and I like to write stories. I'm very flexable about what I write and my stories range from ghostly encounters to alien visitation. I always welcome positive and constructive feedback. But, all in all it's great to see that there's a community of people who are passionate about writing and reading Creepypastas.

Hi, welcome to Creepypasta Wiki! Thanks for your edit to the The Haunted School page.

So I see you gave up on the haunted school (at least for now). Sorry I didn't get a chance to give you additional feedback sooner, it's been a busy week. My advice is for you to keep practicing your writing, and then go back to that story some time in the future. The core idea of the story is good for a short pasta, mostly it's your presentation that needs practice. Just remember to keep your focus on what's important to the narrative, and don't get sidetracked. My suggestion would be to include these plot points, in this order:

-The narrator, his wife, and daughter, are on a trip to visit family. The traffic is unexpectedly heavy, causing the journey to last well into the night.

-Sometime after midnight, after the wife and daughter have already fallen asleep in their seats, the narrator drives by an interesting looking. derelict school. He's been driving for a long time and needs to get out for a few moments to stretch his legs. They're in a wooded area, but because the school is in a clearing, it provides a good spot to pull over, with plenty of moonlight to see by.

-He pulls over, his daughter wakens slightly as the hum of the engine is interrupted. She mentions seeing several children staring at them. They don't look happy.

-Narrator laughs if off, assumes she's dreaming, and reassures her everything is alright.

-He exits the car, with no intention of actually leaving the immediate area. He notices something running away around a corner. Curious, and wondering if maybe someone needs help, he walks in that direction, but not too far. Then common sense kicks in, he realizes he has no business being out there and heads back to the car where his family is still fast asleep.

-He notices the car isn't in park, and that it's several feet closer to the beginning of a steep slope than he thought it was. He could've sworn he put the car in park, and curses himself for being so stupid and careless.

-They arrive at their destination. Later the next day, just out of curiosity, he does a web search on the school. He discovers there was a fire there several years ago, and many children died.

-Even later, he goes out to his car to get some of the luggage they left in the trunk (they were too tired to carry it in the night before). He notices several small, red hand prints along the trunk of the car, placed in a manner as if they were pushing it. The End

Like I said, stick to what's important, don't bog it down with unrelated details that add nothing to the narrative. And what I mentioned last week, about making efficient use of your words, still applies. What I often do, after I write a piece, is it simply leave it alone for several weeks. Then when I go back to it, I can see it with fresh eyes. This allows me to more easily spot clunky passages, incorrectly used words, plot holes, and all other sorts of mistakes.

Try it out in the Writer's Workshop

Thanks for writing. Honestly, my best advice for a deleted story is to try it out in the Writer's Workshop.

This is probably the best tool we have here for these sorts of issues. It will give multiple users a chance to look over your work, without fear of it being deleted, and help you get the feed back you need so that your story sticks on the site.

Hey, looked over your new story. I can post a review later if you like; I'm a bit busy these next few days so it may take a while. If you're interested in reading any of my stories, I have them all linked on my user page. Levi Salvos (talk) 15:45, August 6, 2015 (UTC)

Wording issues: "...so I began marching determinately (determinedly. Determinately is more of a botanical term) through the marshy leaf (-) filled (Words directly impacting on each other should be hyphenated.) woodland surface.". "intoxicated by fear" intoxicated implies drunk or a more numbed state. Paralyzed, frozen, dumbstruck would be more apt words. "I suddenly dropped to the floor (ground, as the protagonist is in the woods.) and fainted."

Run-on sentences: "I went to look at the spot where the strange entity and vehicle stood and noticed that the very spot was dry and completely clear of leaves and twigs while everywhere else around the woodland area was damp and covered in leaves and twigs." (Side note: you also have redundancy issues with the word "and", which you use five separate times in that sentence.

Punctuation issues: "As the light got larger and larger and the humming sound got louder(punctuation needed for this pause in sentence flow) my curiosity got the better of me and then ("then" unneeded) I began to run towards the source of light." Hyphens missing from words that are interconnected: "sophisticatedly engineered", "blood red", leaf filled", etc.

Story issues: besides the dialogue issues, there are some content issues. Is this a journal? If so, it really could use some work to make it more fluid and read like a journal. This guide should point out some issues and fixes. There also needs to be more of a driving plot/conflict. The alien's appearance should be a little more fleshed out and some insight into its intentions would also make the story more tense.

The ending also has some issues. "As I woke up the next morning, I noticed my father had left his chores half way finished and I saw that the barn was open as well. Concerned, I hunted high and low throughout the farm and shouted myself hoarse, but he was nowhere to be found. I looked for him outside and all I could find was his boot prints leading towards the woods…" If this is a journal, it seems odd the protagonist would leave/end his entry on that note. This story really feels like it would be improved by an outro/conclusion to cap the story as the protagonist's writings don't give a lot of insight or build a suspenseful story. Those were the major issues I noted in your story. EmpyrealInvective (talk) 22:18, August 6, 2015 (UTC)

You need to get more feedback and rework your story as it's still a fairly generic and the journal-style of it is awkward and doesn't fit at times. (See first entry and the protagonist's decision to write out dialogue. He doesn't know what's going to happen, why would he devote an entire entry to writing this?) EmpyrealInvective (talk) 02:16, August 7, 2015 (UTC)

Your post hasn't even been up for a day. Three people have commented on it, two have been positive (the other has been removed for not being a review or useful in any way.), but they've only given you minimal suggestions. One request to correct awkward wording and the other gave no advice on what to improve or what was lacking. Be patient, if you rush these things, you're going to post a story that isn't up to its full potential. EmpyrealInvective (talk) 22:20, August 7, 2015 (UTC)

Then feel free to upload it. I won't say it's a good story though (Won't say it's the worst either). It's fairly generic, the description is bland, suffers from the typical horror tropes (protagonist randomly passes out to advance the plot), and there's really no suspense/drive/conflict to the story. If you're fine with posting something that is up to QS, but really doesn't go beyond that, go ahead. EmpyrealInvective (talk) 22:31, August 7, 2015 (UTC)

I was looking at the story you had posted in WW and read some of the comments. Seeing that you are dyslexic I have to give you props for working on writing. It must be very hard to do that with everything looking backwards. Keep up the good work and you can break through that issue and become a better writer and reader if you stick around here enough and keep working at it.

As talk pages serve as a public record, do not blank it. Doing so or altering messages can result in a ban. EmpyrealInvective (talk) 02:21, August 13, 2015 (UTC)

No problem, although I would strongly keep advising you to use the writer's workshop as the story you just posted there has a number of typos, punctuation, and story issues. There's no shame in using the WW, in fact, one of the stories I posted there actually won PotM due to some user's advice and criticism. EmpyrealInvective (talk) 01:48, August 14, 2015 (UTC)

I can delete your story, but you really should let me know your new account (if you're creating one) so I can lock your old account as having multiple accounts is against the site rules. EmpyrealInvective (talk) 23:23, August 14, 2015 (UTC)

Retrieved from "https://creepypasta.fandom.com/wiki/User_talk:AJT1992?oldid=1082160"
Community content is available under CC-BY-SA unless otherwise noted.