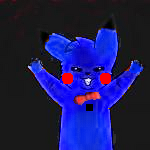 Hey, Weirdozzy banned me from the chat for some reason, so would you mind asking him why he banned me? Please tell me once you've asked. Thank you. Hystericaldominolego (talk) 21:32, November 23, 2012 (UTC)

Mind me asking, but what is your avatar supposed to be? Business Cat

Sorry to hear about you-know-what

You know what you are BRVR? You're like the space core of the chat. So this chat without you would be like Portal 2 without the space core.

Same here ^. Chat like you is like... Something that's missing something. I'm not good with metaphors. Don't leave pls. _Kill1mes • TalkContributionsEdit Count

Happy Late Birthday BRVR! For your birthday, you get a birthday worm telling you to have a "wormderful" birthday!

Hey i just met you,and this is crazy, but you're not beautiful,GO TO SLEEP maybe?

just leaving a message beacuse you shouldnt have done that (witty joke) (ending of letter beacuse im to lazy to right it) +z—Preceding unsigned comment added by Zeath the king of flames (talk • contribs).

Hi, I had a question. I am new to this and I was wondering if you could tell me how to find my story after I publish it. ^^' sorry to bug you!

I forgot what I was going to say (Counts stitches) oh yeah!

hi there. I'm new here and just learning how to play around with the content and everything, I have heard about BRVR before but haven't gotten into detail. :D I wish to get better here. :D

Hey there! (do not answer, only doing this for an achievement)

Did you say you ply UnovaRPG earlier? If so, what's your username?

BRVR i need you to understand that someone has banned me from the chat room for no reason so can you do me a favor and ask him why he banned me.thanks!

Why do you consider JTK a bad creepypasta?

Well hi BRVR.... Something happend to you to?  it happends to all of us. Unlike me you are unloved but me i were not aloud to evolve! You are always great to me

what does brvr stand for?

Retrieved from "https://creepypasta.fandom.com/wiki/User_talk:BRVR?oldid=895193"
Community content is available under CC-BY-SA unless otherwise noted.