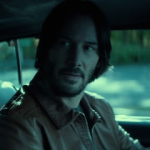 Hi, welcome to Creepypasta Wiki! Thanks for your edit to the User:Bandit King Jack page.

Nope, it's open to everyone, but it does need to address a topic rather than being a general writing tip page as that would result in too many duplicates. EmpyrealInvective (talk) 00:19, January 17, 2016 (UTC)

Sounds good, just remember to make it a blog and we can switch it over after we've reviewed it and decided on whether or not to include it. EmpyrealInvective (talk) 00:24, January 17, 2016 (UTC)

I thought I'd leave a message cuz Imma #REBEL with legit no friends on here ;-;

I suck at introductions by the way  ;-; You can obviously tell :p

No problem, I researched it too. I even came across a few people who were using my stories without citing them so that's a plus.

Yeah, we kind of assumed he was trolling with the lack of evidence and his refusal to show proof of any kind. It is possible he had his stories removed (as in Little Pink Backpack) for copyright claims, but it seems incredibly unlikely that all traces of him would be removed (like user pages and messages on Reddit, Wattlpad, etc.). We decided to leave it be a while ago, but I do find it necessary to defend claims of plagiarism as it is a serious offense and can ruin someone's reputation.

As someone who's got a few books waiting in the dark pits of a publishers' submission box for review, it is important to make sure everything is on the up-and-up. Thanks for the research, I'm just going to chalk it up to someone trying to get my goat after this blog came up. (Likely ruffling the banned person's feathers or someone in the past who's been banned or had their stories deleted.) EmpyrealInvective (talk) 05:15, February 12, 2016 (UTC)

Yup, I think he was hoping to bluff me into making me delete my stories ("All I ask is that you please remove it from CP Wikia."), which would have made me look like I had in fact copied him, when he really should have been attacking my stories on the grounds of quality standards. (Looks like they were typed out by a dyslexic chimpanzee who was intoxicated at the time.) Jokes aside, he's likely grasping at straws in retribution for a previous justified banning and will magically find some 'evidence' in a few days or so to continue wasting our time. EmpyrealInvective (talk) 05:36, February 12, 2016 (UTC)

As long as it's within public domain (I believe it's 75 years after the author's death and the license hasn't been re-upped) and it's in the realm of horror literature, it can be uploaded to the site. That being said, make sure you cite the original author and I would also read over the story and decide whether or not it's noteworthy or interesting enough to be added to the site. There is a lot of horror literature from the past that could be added here that technically fit the criterion, but we do have to cherry-pick a bit so the site isn't a bunch of older stories that might fail to hold readers' attentions. EmpyrealInvective (talk) 04:06, August 5, 2016 (UTC)

Hey there, I noticed you recently marked a page for deletion. I just wanted to let you know that when you mark a page for deletion/review, it's intended that you remove all other categories on that page, so that the only category left is either "Delete Now" or "Marked for Review". You can remove a category by clicking the garbage can icon to the right when highlighting a category in the "Categories" section when editing a page. And also thank you for trying to improve the overall quality of the wiki; deleting old, lower quality stories certainly helps with that. Anyways, just wanted to let you know that, not a big deal. Thanks.

Marking for review out of nowhere

Why did you suddenly decide to mark for review my original story (one that has been here for around 3 years now)? As for "context", are you acquainted with the term "minifiction" as a literary form?

Retrieved from "https://creepypasta.fandom.com/wiki/User_talk:Bandit_King_Jack?oldid=1217589"
Community content is available under CC-BY-SA unless otherwise noted.