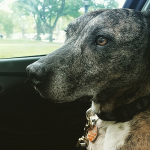 Hi, welcome to Creepypasta Wiki! Thanks for your edit to the User talk:SOMEGUY123 page.

You motherfucker. I was trying to explain that my friend and I were having a little fun, until you just went and banned me. Good job, you banned someone for no reason. Even though I just created this account, I know that suspicion is not a reason to ban someone at all. And even if I was a "sock" whatever the fuck that is; I didn't do anything bad. Well, I did mention drugs, and even though that was a mistake, you still had no reason to ban me. Good job, fuck head. DarklyNot (talk) 23:01, April 30, 2014 (UTC)

I'm sorry that I have spoken to you in the way that I have yesterday. It is true that diplomacy is indeed a virtue. My evidence is the following:

Thank you. I promise this won't happen again.

Here's the screencaps of chat.

Here they are. c:

why am i still banned? its been more that 2 hours!!!

ASSHOLE! why did you ban me? im not even harassing anyone anymore! -_-

hello its aneiza ans castiel i dont care and you know this was a prank so ok i thought we were friends but know your just mean ask first iif you really think i hacked why would i tell someone my password thats stupid i wouldnt even show my mom my messages so please it just a joke  please can we be friends but stop banning me i hope i could do the same when i get the chance :)

Cas, when we were talking about night terrors and lucid dreaming i remembered this podcast that I heard in RadioLab a while back. I'm sending you the link Let me know what you think. The devil is in the details (talk) 06:38, May 30, 2014 (UTC).

I need to talk

Hey, if this messages actually sends, if you see it and read it, I need to talk with you, please check your Skype or come on Facebook, hell even Email will do.

Oh, I really got a kick out of that last one. I've been up for 4 bloody hours sending messages, editing pasta, and checking the site feed. I've been obsessed with reading mod/admin/bcrat talk page messages in particular. It's really entertaining, you should try it sometime. I mean seriously, did you see that last one? He dropped the N word about 3 times. Thought while I'm here skulking around I would leave a message, so here it is.

DOUCHEBAG OF THE YEAR AWARD

The fact that you couldn't wait to ban me for "General Misbehaior" all I was doing was talking? Is that not what we do in a chatroom? That also tells me that in real life you are probably looked at as a joke In fact I would bet money it

and I was not starting drama, if you are actually catching emotions from a chatroom

My advise to you is you should retire your wonderful internet chatroom moderator career, and find a job and a girlfriend.

Stop being such a topic nazi, and let the conversation flow you spent the next 5 minutes talking about satan and human sacrifices? Are you fucking kidding?

you sir, are a faggot

Hey Cas, I wrote another "little girl" pasta . But this is very different in tone than Nana Razor. Let me know what you think. It's still in the WW, btw, so go all grammar Nazi on it ;)

I have heard on my contributions page that I was banned for ASCII boobs and using Gigoozle to translate. ASCII boobs are like this

Second of all, I wasn't using Gigoozle to translate. I was quoting Jeff tha Killer. This is Jeff tha Killer http://tinyurl.com/llz6349 (you don't have to read it.)

there's a bunch of hate and anger on your page, so I thought i'd drop some awesomeness here. well now i'm here, and now i'm gone

so its wrong for me to say one thing but this dudes being a perverted idiot when the site isnt made for that....wow nice to know you guys have gotten worse as admins nowadays and i aint even use it racially so grow the fuck up kid —Preceding unsigned comment added by WildVin3 (talk • contribs).

so what the hell this guy can talk about perverted shit but i say nigga 1 time and you dunno if im white or black or latino or anything and you kick me......its even in the rules ur not supposed to talk about that shit in the chat but hes doing it and gets no ban time whatsoever, hypocritical if you ask me and highly hypocritical at that —Preceding unsigned comment added by WildVin3 (talk • contribs).

I was led to believe that the first offense for using slurs in chat resulted in a warning and a kick. I didn't think it would result in a ban. I also was not aware that the word I used was going to result in such consequences. I have seen it used in chat recently.

But the current rules page say it's just a warning and a kick. I don't understand. Where is the unwritten rule? How long does the ban last?

Why did you ban me, instead of a warning/kick? Oh okay, you decide to mod/admin abuse. I'm going to report you, abuser. Simba,zy,lol,some guy those mods, way better than you. No wonder why most of the people hate you

...Mods sure don't get a lot of love, huh? <:( I don't know why, since I'm relatively new, but I still feel I should apologize for everyone else who just can't seem to voice their complaints in a calm and otherwise prudent manner... Not that I have any, of course, both of the infractions I have yet are MY fault entirely... XD

Retrieved from "https://creepypasta.fandom.com/wiki/User_talk:Castiel%27s_Nipples?oldid=928601"
Community content is available under CC-BY-SA unless otherwise noted.