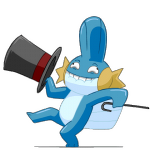 It doesn't affect me online that much (although, I sometimes delete stuff before hitting post because of it) because I'm typing and not speaking. Talking to people in person and over the phone is painful. Public Speaking class was nightmare and something that I had to take twice because of it, luckily the second teacher I had was sympathetic to my plight and worked with me. Buckle up! I'm going to be popular! 22:13, May 30, 2015 (UTC)

Sure, go ahead, only the first place winner though as that category is going to be getting a lot more entries in the future. EmpyrealInvective (talk) 20:34, May 31, 2015 (UTC)

Thanks again man for hosting an awesome contest. I know I was up against some real talent, so it makes this win an honor on many levels. I look forward to seeing what you come up with next.

Can i put a scene from a game in spinpasta wiki?

the reason im asking on creepypasta wiki is because on spinpasta wiki the admins dont usually reply but i think i know a good scene from Injustice Gods among us could i put this in? heres just a little thing about the scene

Joker nuked metropolis killing 8 million so batman is in interrogation him when superman breaks in and is really angry but the joker just laughs and mocks him, superman then lifts joker up and batman tries to stop superman from killing joker.superman punches batman back and the joker smiles so superman punches the joker in the chest and it cuts to black you cant really see anything but you can hear the joker laugh which ends in a scream as you can hear a squelchy ripping out of probably the jokers heart

it sounds like a pasta and i'd like to put it on spinpasta wiki since it would probably be deleted and even resulting in me having a 3 day block or something also im not going to do where "i was playing a game" because that IS the game but tell it like a story really maybe make it even a bit more gruesome and morbid >:3 Myth is a subset of reality (talk) 19:42, June 1, 2015 (UTC)

As long as it isn't already taken and the title is correctly capitalized, there's nothing stopping you. EmpyrealInvective (talk) 01:17, June 4, 2015 (UTC)

Finished Gods Among Us

Well i was late making it because i just got the game the other day and couldnt stop playing but if you want to read it here it  is http://spinpasta.wikia.com/wiki/Gods_Among_Us?venotify=created and i didnt use the injustice picture of superman punching joker instead i used a more....sinister picture

Yo, I have a story you might like. The 2nd version is on the creepyasta for kids wiki, but the original is on writers workshop her. It's called, Todd's Survival. I think you would like to read the original on this wiki.--Christopher Michael Richardson (talk) 16:30, June 6, 2015 (UTC)

And on the main page, make sure to check it out and see your handwork being showcased. EmpyrealInvective (talk) 18:38, June 7, 2015 (UTC)

Retrieved from "https://creepypasta.fandom.com/wiki/User_talk:CrazyWords?oldid=1045654"
Community content is available under CC-BY-SA unless otherwise noted.