Please be sure to check out all the Site Rules, as it is important to follow them. Failure to do so may result in your account being blocked.

I checked your ban out, and yes the amount of time was unfair considering the circumstances. Welcome back.

I have taken the time to fix your title, as only admin and rollback users may modify titles. Because of this, I must ask that you adhere to the standards of titles, or the next time you will receive a ban on editing for a period of time as set out in the rules about titles.

About the Moderator app thing

Devin, what you OBVIOUSLY did not get about what she said, is that she is only going to ask the mods and admins she can get ahold of within a 5 hour or so period. She's not even going to get ahold of all the admins or mods, and it's not even going to be a day-long process. What they do is they call out names and pick who they like the most. At least with the applications, there was always a check involved. With this, they're just going to keep recruiting thes one that she and the people who back her up like the most. It wouldn't surprise me if Cleric was left out of a vote at one point.

Happy birthday you cheeky dickwaffle. I wish you many whores.... I mean, many good birthdays in the future.

Can I come back on my birthday 4/9

Yeah. I saw that you added the template on your profile wrong. How you do the template you just do {{Chatmod}} on your account.

Have a good day. Just wanted to point that out.

Please read this is urgent

Nononono, I want you to give me a SPECIFIC REASON on why I was banned after the second time you kicked me.

I sure would love to know.

Bull fucking shit I spammed. You do not fucking know the definition of spam do you? I posted a line of something that was shown on the chat for fucking 3 seconds, but I did not spam. It was two words, also, so it really wasn't a line. If you think it is, I want you to read this really quick-

Did you read it? Okay. Tell me how that was a fucking line.

Plus this was before the warning you gave me.

Harrasment? I didn't harass anybody. Please tell me who I harrassed. I know some people harrassed me, though. Like somebody called me an idiot..

Oohoh my feelings are so hurt right now! I might cry.

Ignoring mods? When did I ignore a mod. After you had kicked me I had said, "wow great fucking job at clearing up the chat" and then you banned me. I didn't ignore you.

Afterall, you did say "im going to clear this up." You obviously didn't. My comments were still there.

After you had warned me I never insulted anybody. I do not know what you are talking about.

I don't think there is a rule about being an asshole. If so, please screencap it because I would love to see it.

So really you should be banned also for being an asshole?

Thats an opinion, though, and so is yours.

What the Fuck devin? I didn't do anything. No, seriously. I said cunt. Indirectly. In lyrics. And I just want to say that "Saviors Here, Motherfucker" is not a valid explanation.

Deeewwwwddd, I'm not here to beg to be unbanned from the chat, cause fuck, I don't even think that's possible, but yo, I'm writing a pasta and I'll be talking about the chat, do you want to be mentioned by username or you want me to leave you blank? NamelessAndFaceless (talk) 16:14, March 29, 2014 (UTC)Nameless

You are being awarded a Purple Star of LMR for your actions within the chat.

Reason: "Finally followed through with moderator actions after issuing a user warning."

You are not worthy of the sacred Purple Heart of Honour. You are worthy of the brown star of disappointment. You are such a disappointment that we didn't make a star for you. Also, what are you doing tomorrow night baby ;) Lil' Miss Rarity ]Open Source[ (talk) 04:52, April 19, 2014 (UTC) 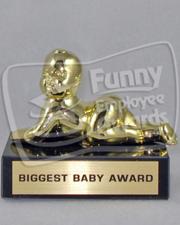 As for you being what I call a moderator, and responding towards the drama going on in the chat. I give you the Biggest Baby Award. Cock-gratu-fucking-lations. Do you hear that? That's the grape roaring 04:54, April 19, 2014 (UTC)

Hey :D for the tinychat, fatal is in

I strongly disliked that decision to ban me sir. Although you probably can't unban me or whatever I just wanted to say I disagree with the site's rule to ban the use of "nogga" which has no offensive meaning to it, if anything it was a show of respect. Even if it is a slur, it would've been helpful to inform me before immediately blocking me. But, this is probably pointless anyway. How long does the ban even last anyway?

Hey man. What I said on chat does not reflect who I am, nor the way I speak. I'm not a racist, what I said was meant to be a joke. I'm sorry if I offended you or anyone else on chat. I hope you understand that I am not a bad person. Please reply.

Soo I don't understand why everything I have written is being reported, are some of the mods abusing their power? --I'm The Smile You See In The Dark 21:32, June 7, 2014 (UTC) I'm The Smile In The Dark

My auto correct on my phone keeps screwing everything up. Can you reconsider me for chat please? Googleknight (talk) 21:52, June 9, 2014 (UTC)

I'm aware that being underaged is against the rules, but can I please be unbanned on my 13th birthday? 11th of December, because technically you banned me for an indefinite time, according to my contirbutions.

May I just ask but who the fuck do you think you are?

Someone can't take a joke haha.

I wanna get on the CPWiki chat, and like, I can't even get in. Is CPWiki updating? If so, please reply. Thank you.

Retrieved from "https://creepypasta.fandom.com/wiki/User_talk:Devincooper64?oldid=915873"
Community content is available under CC-BY-SA unless otherwise noted.