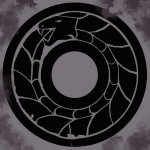 Hi, welcome to Creepypasta Wiki! Thanks for your edit to the User talk:Hot Jamally page.

I know it has been hours since you left the message, and Im really sorry I wasnt able to reply to it before.

Do you still have this problem (interrogation mark)

Well, three days, since it was, you know, twice. And in big size, which shows premeditation, it doesnt happen for accident.

Im willing to shorten it if you make a compromise

To be honest, Graydon, I thought that it was simple logic that going around posting big ASCII penises wasnt something good :I

Either way, you know, promising to stop this kind of behavior. Mostly, the amount of sexual talk you do around. From what I have seen, its relatively tame (at least in comparison to other people), but it has set some frowns already. It has started to bring complaints to me. The number is growing.

Please remember to follow your side of the compromise, Graydon. Ill do mine now.

While adding the Marked for Review category, please do not add any other. In other words, remove all categories from the page before you add this specific category. Thanks. -Princess of Insufficient Light, Ruler of Heck. (We Handle The Small Stuff) 16:24, April 29, 2014 (UTC)

Dear Madam President, Allow me to extend congratulations, both personally and on behalf of the Lithuanian people, on your inauguration as President of the Republic of Malta. I send my best wishes for your strong resolve in performing the important and responsible duties of your position, as well as for long years of prosperity and well-being to Malta and its people.  >

You should still review that pasta, I wanna hear your insights.

I am fully aware of the composition that you and Nick made, since I stalked his talk page one time. But you want modship, don't you? I can understand that. But you breaking a compromise, let alone having the compromise in the first place, is not mod-worthy in my eyes. Sure the whole chat is about "Penis! *scurries away in fear*" mood. But you shouldn't have to compromise with Nick with making the intended ban shorter; then forgetting about it.

Unless if you manage to wow me at some point, making you stand out from the rest, my vote stands at the standpoint of oppose. Do you hear that? That's the grape roaring 05:39, May 3, 2014 (UTC)

Yeah... so, you know how Hanging Man Hill was narrated?

I forgot to tell you about that.

I saw your comment on thisvideo xD sorry, buddy. Could'a told you earlier.

Phobia, Tenebrous (a pasta o' mine).

Hey, just pm me your email and I'll be sending you the story ;)

Hey Ecuinach, I was wondering if you could maybe take a look at my pasta? I'm new around here, but you seem to know what you're talking about, and you give good reviews. Either way, thanks!

So I already tried to send you a message yesterday, but I don't think it got through- I'm still pretty unfamiliar with the message system. Anyway, just in case it didn't, I was wondering if I could get you to take a look at what I've got so far for a pasta? I've seen your reviews/comments, and you seem to know what you're talking about:) It's the first half or so, with a possible add-on:

Either way, thanks, and have a nice day!

why did you ban me from your chat?

Someone called their characters in their story Onyx and Mettalix. I'm not joking. Look at the story's history.

Also, look at the comments to see their butthurt response.

So, I got another idea for a story (mainly because the cryogenic one requires a bit more research than I'd like). It's basically going to be a 1950's Pleasantville/Groundhog Day thing. I want to talk about it with you in chat if you're on later.

I just tried to join the chat but i still have no access what so ever.

also the other 2 spammers werent banned, just i was. so thats really fucking unfair.

Back in the New York groove.

Yeah, I know. The one job you had, and now it's gone xD

So... how have other things been?

I don't know why, but for some reason, I just don't really feel like editing pastas anymore.

It's not that I don't like this place. This has been one of the coolest online literature things I've ever been a part of. Here in South Carolina, literature is practically frowned upon. We don't have creative writing classes or anything. That's why being here has been so awesome.

But now, with chat being shut down and everyone moping about stuff, I just lost my drive to help out. I'm not going anywhere. Trust me. I just need to take a break from helping out for a little while.

Also, if you were wondering, Hanging Man Hill finally made it to the big leagues. You can check out a popular reading here:

Loves ya, buddy. No homo. NOT THAT THERE'S ANYTHING WRONG WITH THAT.

If you're ever looking to join me in a game that I actively throw my controller about, my PSN's: Meawesomedude.

Yeah. Meawesomedude. Shut up, I was ten.

So yeah you banned me for 2 hourd, but was that really ban worthy? I wasn't really bitching about it I just said I thought it wasn't really a good rule. So if an admin or something you respect so much says something they don't like about the rules would you react like that? I'm sure as hell you won't.

I'm not gonna ask you to unban me, but I don't really think it was ban worthy. And I didn't really bitch about it.

I was just saying it isn't a good rule because it could lead to power abuse that is all.

I'm not gonna make a forum post about it btw.

Here's the story title so you can add the photo when it's ready. The title is A Good Ending in the section "Stars in the Mine Shaft". (Just make sure you add it around the creature's reveal.) You can also add the picture to EmpyrealInvective's Collection of Short Stories just make sure you credit yourself in the caption.

Oh man... I just got an awesome idea for a pasta. Unlike Hanging Man Hill, this one's ENTIRELY true, while HMH was about 80% correct.

Originally, my idea was that my new pasta was going to be set in this dystopian 1950's neighborhood of seeming perfection, but when I realized that it was a bit too predictable, I began skimming my own life memories for an idea. It seems like some of the best pastas come from my own experiences. What a sad life I live xD

Anyway, I think you're going to like it. It's super unpredictable :D

What's the fun in details? All in due time, my friend...

Fine. The only thing I'm telling you is that it's a hybrid between a Creepypasta and a Feelspasta. Let's call it a Creepfeelpasta.

Just because it isn't stated in the few rules that are there, doesn't make it the exception. Other people have done the same thing; whether it be what you did, or just a shameless plug. Your story is on the main site. People can leave comments/feedback there, and if you feel like editing via their remarks, do so. And as I said, if you feel like using your blog as an outlet, do that. Mystreve (talk) 16:37, September 12, 2014 (UTC)

I'm not going to get into a subjective pissing match with you over this. If what you're saying is allowed, everybody and their cousin, twice-removed, will start posting their main-site story that no one has ever read, and start clogging the WW (essentially drowning out the people who genuinely need help). Yes, the WW gets a lot of attention. I won't have it abused however. What you're saying would become a gateway for abuse.
Mystreve (talk) 16:56, September 12, 2014 (UTC)

Okay, then. Tell you what. Let's come to a happy medium then. You're obviously still insecure about your story and want feedback on it. Understandable. I'll reopen the thread under the condition that the story be deleted from the main site. Once you get all the feedback you need, and are comfortable with your work, it can go on the main site. Sound good?
Mystreve (talk) 17:05, September 12, 2014 (UTC)

A Few Things about Twenty

Heya, Graydon! So I did a bit of editing on the story you wanted me to look at, so I made sure to read it once I was done. I got some questions about it.

First, why does the protagonist start thinking of other numbers other than twenty? He starts thinking of the number thirteen a lot o_o

And what is the significance of the eyes? Are they the eyes of his mother and child, drawn over and over again?

Besides that stuff, I'm liking the story! And I will most definitely narrate it, once I have the chance :)

I just popped by to say...I fucking love your avatar.

I'm shooting for next weekend. It's a slow process and I can only read so many stories before I get sick of them and need a break. ImGonnaBeThatGuy (talk) 23:52, October 11, 2014 (UTC)

That was good. That was actually really good. I feel like I'm losing my touch, even though I haven't written anything in a long time. When I'm writing stuff in my head before I write it for real, I'm being overly critical and I just sweep it under the rug because I feel like it's unoriginal or something. I dunno. I'll continue with the thing I had going before, I guess :p

Reading something that you made that was that good after going over Basically garbage (har-dee-friggan-har) inspired me a little more to stop judging myself and just... do it.

I'll try and squeeze something out on WW within the week. Bai.

"Finally, do not post any of the following in the chat:

Raunchy or otherwise NSFW links (without a clear warning)"

And you know that I did warn, and have warned posted warning for NSFW links I have linked in the past. Don't make up rules as you go along and unfairly ban people, please.

Just like to point out that I couldn't find anywhere in the Chat Rules that posting pornography warranted a 1-month ban. Also, she warned that the link was NSFW. And how many thirteen-year-olds in chat actually clicked the link and saw the image? Did you get a PM from someone who was disturbed by it?

Really, I think this is an unfair ban. It's up to you and the other mods to have the final say, but you don't seem to be listening to what Sarah's trying to tell you. A picture is worth a thousand words, but I'd rather write a thousand-word story. (talk) 16:20, October 16, 2014 (UTC)

Retrieved from "https://creepypasta.fandom.com/wiki/User_talk:Ecuinach?oldid=897230"
Community content is available under CC-BY-SA unless otherwise noted.