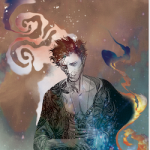 Here to leave a hateful message??? Why not check out the Salt Mines to see how ineffective Internet rage is against me before wasting both our time.

Hello, Empy. A while back (as in, over half a year ago, when the story was uploaded), you critiqued In Torment III, and helped fix a bit of the story with me. I'd like to let you know that In Torment 4, the next chronological story, has been released, and that I'm looking for both reviews and insight. If you'd like to read the story, it'd be greatly appreciated. If not, thank you for reading this message. ShawnHowellsCP (talk) 10:08, March 9, 2016 (UTC)

Review Request (if you have time)

So, I followed your advice and made a post on the Writer's showcase forum. I know that since you're an admin, you have other duties to attend to and maybe have other stories to read. But, if you can, it'd be nice to have a review since my stories are relatively obscure like the majority of creepypastas. Not all my stories are great, but I believe that this one is one of my better ones. But, I do understand that opinions tend to vary and I wish to become a better writer. If you do review it, I will be grateful. If not, that is fine too. "I always stand in doubt. Does not one want to understand the implications of their actions and the riddles society give them?" - A Stranger. (talk) 16:16, March 9, 2016 (UTC)

The Other Side of the Curtain

For 'The Other Side of the Curtain', when you are referring to a human as a serial killer, should it be categorized by monsters. That will help to know in the future, I realized it didn't really fit with Reality either; but in some sort of bented logic it can change your perception on how you think of showers.

Anyway, let me know if a story has to do with a human killer, if the monster category is needed.

Not exactly what I was asking. It wasn't that the context clues supposed to me something else, I want to know if a story is told like this, and the killer is human, what's the category.

Help please. I tried to archive my talk page since it's been sitting there for two years. But I mistakenly deleted it. :-)

So I may have messed up a little bit, I had tried to archive my talk page since it has existed for going on 2 years, but I accidently linked it wrong, now it's eleted.

Is there a reason a whole creepypasta story dissapears

The creep is gone for some weird reason. Also this isn't the first time, I've been directed to a pasta. With just a title and no story.

Excuse me, empy. I posted a new first draft of a creepypasta on the writer's workshop. Could you give critique on it? Thanks.

Made an accidential formating error on user Johnathan Nash's talk page. Won't let me fix for some reason. What should I do. တရားသူကြီးကို တစ်ဖက်သတ်အစွဲ (talk) 19:02, March 10, 2016 (UTC)

Retrieved from "https://creepypasta.fandom.com/wiki/User_talk:EmpyrealInvective?oldid=1181501"
Community content is available under CC-BY-SA unless otherwise noted.