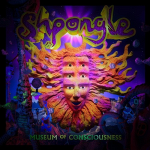 
Note:  Please start a new section with a header (==Section header==) when you leave a new message on my talk page, so I can differentiate who says what.  Also, remember to sign your posts with four tildes (~~~~). Template:YoutubePlayer Oi.  It's Mister Krabs!  Leave a message!  Evra The Kid

I will murder you with a rusty spoon. ;D

MUST ERADICATE STIG AND ITS BLOODLINE. No remnants of his existene shall be left behind. Non est ad astra mollis e terris via (Seneca). (talk) 23:29, March 2, 2013 (UTC)

I'd never be able to picture a world without tame racing drivers.. Evra The Kid

I was using gay to the happy term and joking about him being happy cus he is always smiling and hardly ever stops smiling even when he is mad.Lemurboy07 (talk) 23:50, March 3, 2013 (UTC)

Care to take a look at this and drop your opinion? http://creepypasta.wikia.com/wiki/Thread:116533

Yeah I know. He sent me email using the exact same text. I responded and he called me a racist because I told him his grammar is bad. I responded to that and he replied that he's not coming to this wiki anymore, which I doubt. -- Sloshedtrainhttp://i1309.photobucket.com/albums/s640/sloshedtrain/a-train-small.gif 03:53, March 8, 2013 (UTC)

You seen the new(ish, it's about a year old) concept car from Peugeot? It's called Onyx.

Now this is a car that should have an insignia like Peugeot's!

I guess I should rename it now.

I think we shouldn't put "Completed" on pastas in "Suggested Reading" or any of its subcategories (e.g. HPL, EAP, PotM, etc). What do you think?

Evra, you apparently didn't use source mode when you contributed this story. You're probably going to have to re-add the italics that I removed and tried to add back but couldn't because there were too damn many of them; I've removed the "Complete" category until you do so.

Also, please make sure that every single pasta in this category does not, in any way, need any further editing AT ALL. I've noticed several already with noticeable mistakes and one with two critical grammatical errors in the first paragraph alone. I would suggest you not use this category so lightly. LOLSKELETONS Talk • Contrib 05:43, March 14, 2013 (UTC)

Sorry to ask you this, but how long is my ban. You said its a day, but we live in different areas. Could you give me an exact time?

Just to be clear, tagging pages that are in the Suggested Reading category as Complete is really not necessary (or practical) organizationally speaking. That's why I made Suggested Reading a subcategory of Complete (if you hadn't already noticed); this way, all pages in Suggested Reading as well as its six subcategories (AGB, EAP, HPL, Kafka, PotM, and REH) can be considered, by extension, "complete". See what I mean now?

I also think we should go through Suggested Reading and all its subcategories and protect any unprotected pages. LOLSKELETONS Talk • Contrib 23:50, March 14, 2013 (UTC)

The whole "AGB" category (the first one I started looking through (I'm going in alphabetical order)) seems to be full of unprotected pages. Don't worry, I'm taking care of them (and fixing the weird formatting; they all seem to have been uploaded by the same person), but in the mean time, you might want to check out the other subcategories. LOLSKELETONS Talk • Contrib 03:30, March 15, 2013 (UTC)

I edited it. Look at the bottom :3

Requesting the unban since I was mistakenly banned by asking a person about his sexual orentation, not calling him 'gay' or what so ever. In any case, if the word 'gay' is offensive, why isn't a word 'straight' offensive? I demand an unban. AlexHawks (talk) 17:52, March 22, 2013 (UTC)

Lol banned for saying 9fag. that's low even for a 9gagger.

and I'm not signing because you're a 9faggot. end of.

Could you give me your opinion on this pasta http://creepypasta.wikia.com/wiki/Max

So, you're talking a break.

I hope you're vacation goes well, and if you decide not to return, I hope your life goes well

You will be missed

Why did you leave?

Among most users (many miss you), your leaving was a HUGE change, it is still disscussed today. The main point of disscussion is "Why did Evra even leave?".

thats why I came here, to ask you and get a answer.

WHY DID YOU LEAVE?

"You have been banned from chat for three days for the reason of:  Fuck you, that's why/ Being a total dick in chat.

"Well let's see.  You started off by saying "What the fuck" nonstop for ten minutes straight.  I had a problem with it and you sassed off to me.  Yeah don't do that again.  Enjoy your vacation.

Why don't you go and read the posts before you bash me.

I'm standing up for Medic because Critic tells him his wikia sucks.

I stand up for HeWhoDiedHere because Critic tells him he's not going to read his "stupid blog".

And I get told too many fucking times by "Bug2buga" to "suck her dick".

That's why I'm angry. I didn't sass you, nor did I violate any rule. There's no language rule here, except if you're calling someone it.

BTW, I'm saving your message on my wall for your sarcastic, personal vendetta against me. See you when it's over. NOT. —Preceding unsigned comment added by Scorch933 (talk • contribs).

^^ I've modded/ admin'd CPW longer than you've been alive.  It's not like I banned you for nothing.  If it wasn't me, it would have just been another.

I would also have taken you a little more seriously if you would've signed your post.  Evra The Kid

Which is funny because I did afterwards.

It wouldn't have been another.

And BY THE WAY, you haven't been on in months and just now you're acting like you own th' place. No, it would not have been another. I was standing up for another user.

Goddamn if Critic wasn't being a dick to the guy mocking his new wikia and pasta, and I told him to shut up. Goddamn if Bug didn't tell me to suck "her dick" and I told her to shut the **** up. Goddamn if I pinged several mods and admins on and the only one who did anything was you, and you banned me.

I'm gonna have to side with Scorch on this one. You took favoritism to its logical extreme and failed to notice the point of what he said about "standing up for users" which he cleary did as judging by the logs. --"I'm not a self help book. I'm just a fucked up kid." - Unknown (talk) 03:02, July 1, 2013 (UTC)

It would have made much more sense for you to explain that to me rather than sass off to my ass. I apologise for my misunderstanding. --Evra The Kid

Yeah, I thought everyone was just acting overdramatic as well (mods included). That's a big part of the reason I shut down chat temporarily. Everyone just needs to cool down.

I've closed Dream Hacked's response thread, though I'm holding out on deleting it just yet. I think I'll delete mine, though… Should I? I mean, it's not so much a "response thread" as it is a general announcement.

Why did u delete it?

Kitty and Evra we're making out when Evra's ping went off

Evra came back and said he was sorry it was LOLSKELETONS

kitty said lolskeletons was not on chat

Your chat moderator privileges have been revoked due to long periods of no/spotty activity.
Lil' Miss Rarity (message) • Saturday, May 31th 2014, 02:26

(==An issue with another member==)

Um, hi? Okay, err, I am a new member to the Wiki, and I have a report to send in. I don't know if you already took care of this or not, because I'm not sure how it could go unnoticed for long, but I was asking Little Miss Rarity a question about why my creepypasta was deleted, and I checked on it a few days later only to notice a different post by a member I think names, um, I don't remember, but I think it started with an 'O'. Anyway, so they were being hateful to Rarity, like real hateful, like 'WTF, and then you label it as SPAM!?" And "I will never respect you!" and stuff along that line. I have some evidence here, in the form of a link to where the post was made, a link to the profile(which I guess will show the name, and a picture of the post here.

So do you think you could take care of that, if you already haven't? I thought it would be best if I didn't get involved. And I don't know how to report a member, so that Is why I posted it here. Thank you in advance!

Why did you ban my Gentoo story? There was nothing wrong with it.

I see your username. You thought no-one would notice... :D Evra!!

Sick of losing The Game

It's been a while! I can't remember how many times I've lost the game now, looking back at my talk page.. Too many, that's for sure. Anywho- Leave a message with me if you can talk for a bit. I'd love to have a word.

Retrieved from "https://creepypasta.fandom.com/wiki/User_talk:EvraVon53?oldid=1212562"
Community content is available under CC-BY-SA unless otherwise noted.