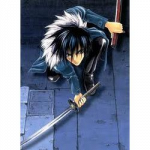 I'm just wondering if I can post my own creepy pasta story on here for people to read and get some honest feedback, I'm not much of a horror writer so it's a first for me. It might be cool to make one but I like to clarify with a person in charge.

I am an administrator and would be glad to answer whatever questions you may have.

Hi, welcome to Creepypasta Wiki! Thanks for your edit to the User talk:Benjaminthewill123123 page.

Hey Zack it's Adam, sorry I couldn't get back sooner, I was a bit tied up in a situation. Well PM me on chat about "you know" whenever you get the chance.

Hey Zack, it's me. About last night on chat, I'm sorry for being too dramatic and those outbursts I had. I'm just not feeling well and I guess I woke up on the wrong side of the bed. Sorry if I also bothered you with my actions. And also congrats on becoming a chat mod. 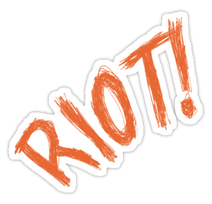 Hey Zack. Sorry for being away so long, my laptop got stolen. I needed a new one anyways.

And yes, I did that thing you told me to~

Nice one on becoming mod. Now don't fuck up ever or we'll feed your ass to the bulldogs, roast the remains, and serve them for dinner. But in all seriousness, congratulations dude. Temmington talk

So while you were away...

Yeah you asked me to watch over chat while you were out, unfortunately I had to go after a few minutes as well. But don't worry! I had seen something that breaks the rules (spam to be exact).

And here it is:

Yeah so this is the incident. And as you can see, the guy types random letters and stretched a bit. I couldn't pm you the incident considering you're inactive and I can't send you messages through pm while you're out of chat, so I had to send it here. Also, at the time of the incident there were no mods except Jesse (who will not act unless told).

I know the problem is a bit minor, but I had to report it anyway because It's a responsibility for me :) As well, other than this incident there has been a Caps rave (Unfortunately, I didn't get the chance to screen cap the incident but I think the guy who did the spam here is also involved (Note: I didn't quite see it so I may be wrong.) Check the logs so you can confirm.

So that's all :3 Long live Zackabilleh! And Keep Rockin'!!!

The reason I had to make a new account is that I was going to meet up with my sister alea Her name is Rin Kagamine...can you p[lease tell her that I said hi?XxXJeff-KillzXxx (talk) 13:56, August 25, 2013 (UTC)

Fine...Just help me already ok?! All I wanted to do is talk to my sister today -_-

Are you The Zack The undead soldier guy?If you are I need your help...I've been trying to sign into my account and I can't and I think somebody has been trying to hack into my account and also this other person with the same name as mine keeps on threatning me and stuff.I've signed in as you can tell and changed my password but all my informations been deleted so now i have to put everything back can you help me please?!XXJeff-KillzXx (talk) 15:33, August 25, 2013 (UTC)

Hi um, can you fix my ban? I should be unbanned by now because it was only for a day. I promise I'll behave, I swear. ~SmileKidILoveYou

Alright, I got the IP answer. It's a jumbled mess. They have IP randomizers that prevents me from directing their original IP. They're good, but not good enough. Um.. they are coming from the same people. This is not a LARGE group of hackers. That is all.

Please unban me or lower the bantime as I did not reach the alotted kick times(3, I actually got none). I also was not associated with the "offensive pedophilia" talk.YOUR FANTASY DAD (talk) 02:37, November 9, 2013 (UTC)

No matter how you put it, you sound like a prick right now. I should have been kicked before that if people have been asking that, and I thought we didn't allow requesting bans? Or is it because Sarah and the Moderators agree? Please do not rely on getting your votes of accepting whether I should be banned or not, because I'm not buying it, especially if I have old beef with Sarah, and I know it is worth the world for her to see me get "antsy". And, for your information, when I get on, other people provoke me with their sheer stupidity, and in no way can I put it simply as it seems they have fallen numerous times on their shitstain heads. Infact, other people were poking at me, and I said exactly what you flung back at me to drop the subject. Where were you when Shawn and Jake continued the subject? Oh yes, you were probably talking how long to ban me to worry about where the subject was completely dropped and we could move on. I really would have wished it wasn't you who actually did the ban, because you are the mod/admin I least want to talk to at this moment. I was in no way associated with the pedophilia, just made a comment/remark that was funny, and other users that weren't so tightass and kissed all the moderators ass would see this.

Chat has been shit for awhile, and I hope you realize you are just one of the many reasons that support that statement.YOUR FANTASY DAD (talk) 02:43, November 9, 2013 (UTC)

How many fucking times do I have to say it before it gets in your fucking mind Zack? SCORCH FUCKING MADE THE PEDOPHILIA REMARK. I SIMPLY REMARKED IT BACK AND TOTALLY DROPPED IT. I can't believe I got banned for one day because of Scorch saying "I like little boys" Nor DID I SAY IT WAS FUNNY. I never said I enjoyed to touch children's funny parts, or talk about how It is so cool to just keep on repeating something an admin doesn't like. I replied to Scorch saying the sterotype of Priests and responded to it and the most funnily approach to it as POSSIBLE to show I did not enjoy that sterotype. I'm not thinking this is about the pedophilia statement at all, Zack. Especially when I was the one that didn't say anything about it or keep "offending" you. If you do, you must have some SERIOUS sand up your pussy. YOUR FANTASY DAD (talk) 02:52, November 9, 2013 (UTC)

Now to see how things go in three days, hah. Hopefully it won't be too bumpy, but...yeeeeeah...let's just see how it goes.

I did not know your name was zack. Mines hailey

Retrieved from "https://creepypasta.fandom.com/wiki/User_talk:Fallen_Phoenix?oldid=1122525"
Community content is available under CC-BY-SA unless otherwise noted.