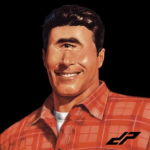 Hi, welcome to Creepypasta Wiki! Thanks for your edit to the User:Fantasy Phantom100 page.

Just wondering: Most of the good stories on Fimfiction are split up into chapters. I could send you them, but you'd have to be up to waiting for each chapter because Yahoo's been lagging up on me lately (after I send three emails it constantly crashes while I try to send another) . So just let me know if you'd be okay with that. YOLO So live life to da fullest ;3 18:30, May 29, 2012 (UTC)

You don't know me, but I read your 7 deadly sins story last night and I just wanted to tell you that I think it was amazing! Please keep writing.

Andrew's block has been lifted.

I have taken the time to fix your title, as only admin and rollback users may modify titles. Because of this, I must ask that you adhere to the standards of titles, or the next time you will receive a ban on editing for a period of time as set out in the rules about titles.

I began reading with no music at all at 11:49 P.M., and, from what I can remember, I had a really badass, great freaking time.

I used the Gallery to install a sense of dread in me before I went on my little... "excursion".

I started with Anna's Gift, and moved on to The Face. There, I began feeling... strange.

I read Necrosis, but it didn't manage a single scare, for some reason :/. Zombies never really scared me; only killers. Meh.

Come Follow Me was next. I read it, and began having that "I'm watching you" feeling, like a terrifying person or thing was behind me, but I couldn't see or hear him or her. Yet.

The Masked Man gave me chills, but I didn't feel like I was being watched or anything. It was a good pasta, though. Meh.

Then there came Jeff is Back. Here's where I started to feel... insane. I was scared out of my mind. It wasn't the pasta, nor was it Mr.Creepypasta's voice, it was that feeling that something, some wannabe Michael Myers, was spying on me through the window, planning to murder my ass off. It was freaky. I would've read more, but my conscience told me not to, and to GO TO SLEEP. In a bloody red font. Yeah.

I went to sleep, and I awoke right now, had a cup of coffee, and began typing this message to you. Ugh.

Oh, and this is all your fault. Which is actually good, because it didn't disappoint. Thanks!

Here's a complete list of creepypastas that I read:

Heh. I remember first reading Jeff the Killer. It was 9:40 P.M., and I was sh!tting bricks, I can tell you that. I mean, I was a child (Mind you, I used to visit this site way back then.). I even got into a staring contest with Jeff. I won, but I had three white nights in a row. Man, paranoia's awesome =D!

You can't deny the charm of believing that there's some scaryass monster behind you that plans to go Michael Myers on your ass :P. Unsane (talk) 20:23, August 7, 2012 (UTC)

Yes, you grow resistant to even the most existentially terrifying things :P. We all have, really :/.

And about chat... I will, for sure. In don't know when; there will always be creepypastas begging to be edited, there bloody and bruised arms outstretched, just wanting a hug :P (and probably holding a knife)... Unsane (talk) 20:37, August 7, 2012 (UTC)

i will improve in the future about editing.

(in reference to the story)

Thanks for the advise;)

Thanks for the advisement;)

I noticed you reading my ghost story of the Inugami. What do you think of it?

If you're going to remove red links from pages such as User Submissions or the Article Listing, please make sure that the linked pages have not simply been renamed without being given a redirect rather than outright deleted.

I actually made that list (look at the signature at the bottom). It's incomplete, though. If you see another influx of red links sometime in the near future, just keep what I said in mind. And thanks for understanding. LOLSKELETONS (talk) 00:01, January 11, 2013 (UTC)

Heeey buddy! :D I know you said to have long posts but I can't think of anything good to say. :P I want to get into the My Little Pony wagon, but I don't know where to watch. :P Can you help me out?

Hey! You! Cool Brony Guy! You might recognize me, seeing as I'm pretty famous.  If you don't recognize me, I'm Death Jump 64.  You've been pretty helpful getting me started on this wiki, and I want to thank you for that.  Also, I  checked out your youtube channel.  Pretty good! Anyways, I'm probably gonna write my own creepypasta soon (Not an mlp one) and seeing as you've got a lot of experience on this wiki, I'd like you to rate it!

So my computer's being an ass and I can't join chat anymore but before I disappear forever, thank you. You're a really really wonderful person and I'll miss you and just <33 thanks for being just awesome! obaii MOON PRISM POWER!!! (talk) 19:57, January 19, 2013 (UTC)

If you are wondering why I reverted your edit here, it's because that, in addition to adding three nonexistent categories in that last edit of his, the author completely fucked up the formatting, and the only way to undo his edit was to revert yours. Sorry for the inconvenience. LOLSKELETONS (talk) 21:54, February 4, 2013 (UTC)

is added automatically via the UNFIN template. Just that at the top of the page plox.

You're supposed to post warnings like the spinoff template on user's TALK PAGES, not on the talk pages of the articles that break the rules. LOLSKELETONS 20:49, March 25, 2013 (UTC)

I'm not sure I have the authority to post it on a talk page as a legitimate warning as I have no administrative powers. though I may be wrong. FantasyPhantom

Any idea why this guy was making utterly pointless edits? I mean, they don't seem malicious, so I don't think it was vandalism. I blocked him for four hours.

Bad Wolf IS about space -_-

Its mentions space 10 times! or more

locked in the centre of space, all of space.

Space this, space that.

WH DID U REMOVE MAYA THE KILLER

So happy birthday and stuff!

When you're in editor, the default mode is Visual Mode. When you copy/paste something from another document onto the editing window, you want to switch into Source Mode before adding a story, so that only the text of the story is copied-and-pasted to editor. With Visual Mode, both the text and the font/formatting of the original document is copied, which can make for some really bad formatting errors! In your editing preferences, switch the option panel labelled "preferred editor" to "source editor".

Thank you for your time.

You've got wonky stuff going on in this story:

Come on, come on, come on. I noticed that things you want to happen, happen slower of your happy or ancy. I the tray rolled out on its track and it barely was out of the player case before I had shoved the track into it and pressed "Close".

When you're in editor, the default mode is Visual Mode. When you copypaste something from another document onto editor, you want to switch into Source Mode before doing so so that only the text of the article is copied-and-pasted to editor. With Visual Mode, both the text AND the font/formatting of the original document is copied, which is bad because it can make for some REALLY BAD FORMATTING ERRORS! TL;DR:

Thank you for your time.

Good morning.  Good afternoon.  Good night.  I would like to inquire as to where you acquired the image currently used on the Holder of Understanding page.  Do you recall, or could you perhaps tell me what model of weapon is depicted there in?  I'm something of an enthusiast, and it plagues me to be unable to identify the firearm.  Thank you for your time. Link793 (talk) 20:35, September 24, 2013 (UTC)

Yo wazzup dude? Just wanna ask,are you the original author of the cp The Seven Deadly Songs? If so please leave me a message on my page.Really love that pasta bro.

Retrieved from "https://creepypasta.fandom.com/wiki/User_talk:FantasyPhantom?oldid=1110768"
Community content is available under CC-BY-SA unless otherwise noted.