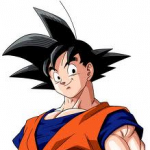 I do agree that it's good for a Poképasta, but that's not really saying much. Don't get me wrong, it's a decent pasta in its own right, but it's not really PotM material. One of the issues is that video game pastas tend to get a disproportionate number of votes in PotM polls, thus giving it an unfair advantage. Another issue is just the fact that it's a Poképasta. Even if it's done well, the subject matter is extremely stale and hard to do right. Showcasing this on the front page would be a bad idea because it would "inspire" people to write pastas just like it, and the last thing we need is an influx of shitty poképastas. LOLSKELETONS (talk) 21:38, February 7, 2014 (UTC)

No, there isn't a "rule" against spinoffs in PotM, but what does get on the polls is up to the judgment of administrators. The fact that The Sandman features The Rake isn't even made obvious in-story, so I don't see why that would be a reason to discount it.

btw, I disqualified Pokemon Dark Green because it was a POKEPASTA and featured a very similar formula to almost every other pokepasta.

Re: CREEPYPASTA OF THE MONTH

Hey, that was completely my bad. I thought I had set up the polls, but I guess it had slipped my mind. I'll set them up now.

No, that's the creator of Slender Man. He was a Something Awful Forums poster who went under the username "Victor Surge". He hasn't registered an account here as far as I know.

Re: Creepypasta of the Month

I'm pretty sure none of them are his own. You can check the individual page histories to make sure.

That said, eight does sound like an awful lot for one month. I'll see if I can't narrow that number down.

Just for a Clarification

I don't really write any articles on here, I just upload them. I do know some of the templates around here, most preferably the user templates. I usually upload all of the articles from creepypasta.com, and give credit to the author. Like The Piano's Song, I uploaded that from creepypasta.com, and had given the credit to the author. I only have one article on site and that's The Same. Although only one story (The Crayons), I uploaded from a children's site (since I was looking for sad and depressing stories). This just to clarify that the articles that I did nominate weren't mine. Do you hear that? That's the grape roaring 20:41, July 12, 2014 (UTC)

It's alright. After looking back, I do realize that eight articles was a bit too much, especially a wiki that's really big (like this one). I get used to nominating more than one, since I do nominate a lot of articles on polls in Trollpasta, and mainly the only one that keeps the polls running on Spinpasta without it dying. Do you hear that? That's the grape roaring 03:42, July 15, 2014 (UTC)

No, because that would reset the poll.

I need you to promise not to nominate The Blood Keeper for POTM anymore, though, since it's clearly a conflict of interest. Nominating any more stories written by either Pokemongreen3867 or Mikeatetheworld may result in an account block.

I'm not the one who blocked them, you might want to ask EmpyrealInvective.

I can sort of see your point, but I feel that pastas should be nominated for their merit alone, not because "my friend asked me to." Like I said, it's a conflict of interest.

I actually didn't ban due to you using the same IP, although at first, it did make me suspect that your two friends were socking and nominating their stories as other users have done in the past. I banned Pokemongreen3867 and Mikeatetheworld for a week (Which Cleric extended to a month) because they were taking advantage of the system and repeatedly nominating the other's stories.

For February, for January, and December they nominated the same stories within five minutes of each other on three separate occasions. (The first was one minute apart, the second time was three, and the third was five minutes apart.) That is way too deliberate for a passing mention to each other and comes off as more systematic. I get the feeling that they would have continued to nominate the other's stories each month until they eventually won pasta of the month. Which begs the question, what point is there in exchanging nominations? Any victory or sense of accomplishment would be Pyrrhic and empty. The whole point of pasta of the month is to nominate stories you enjoy and to encourage users to look for new stories that they feel deserve recognition, not to spam a story into nomination they read months ago until it wins.

I will urban them, but the message/warning I left on their talk page stays. If they re-nominate their friends' stories again, they will be banned. I am not going shift my opinion on that as it sets a terrible example and if left unchecked would complete devalue the purpose of PotM. (i.e. result in a group of people trading nominations.) Even if they originally did it because they recognized the merit or the other's skill, now it has become a monotony of endlessly re-nominating the same story over and over, ad nauseam. My advice to you three is to read some other stories and try to unearth a gem as opposed to what you are currently doing. EmpyrealInvective (talk) 22:45, January 6, 2015 (UTC)

My decision stays the same. (That doesn't mean you can't nominate another story your friend wrote every once in a while, but repeatedly nominating the same story defeats the purpose.) PotM is beneficial in that it allows users to nominate high-quality stories giving recognition to user's hard work, but by nominating the same story, three months in a row, it sets the mindset of spamming nominations until they win, which would clog up the nomination list and may even discourage other users from nominating a story if the list has a lot of stories to begin with. Think of it like movie awards, you wouldn't want to see the same movies nominated year-in and year-out.

I can unfortunately see someone with less scruples than yourselves trading nominations with a friend (as some users also self-nominate have also done) repeatedly nominating the same stories until they win. I enjoy the nomination process as it gives me an opportunity to read new/unnoticed stories that may have slipped under my radar. As someone who has notified an admin when they found an issue, I am sure you can understand my reasoning. EmpyrealInvective (talk) 23:10, January 7, 2015 (UTC)

Thanks for understanding. I wish we didn't have to be so strict with PotM, but unfortunately we have a number of people abusing the system by self-nominating, creating false accounts and nominating, and other duplicities. Please note that this doesn't mean you can never nominate one of your friend's stories you feel is worthy of the title. A friend nominated one of mine he felt was PotM-material. I just ask you to err on the side of caution and refrain from nominating the same story multiple times. If you have any questions/concerns, feel free to ask me or another admin. EmpyrealInvective (talk) 22:37, January 8, 2015 (UTC)

After discussing the situation with a majority of the admins over the past few days, we have decided not to ban you like the other user who has recently abused the voting system. That being said, your decisions when it comes to nominating stories with Pasta of the Month and (likely) voting have been very questionable in the past. As such, there is very little trust here and our decision reflects that.

We have decided that you will not be banned from the site, but you will not be able to participate in voting. This entails: nominating stories AND participating in any contests where voting is to take place. We are doing this because none of us have confidence that you won't take advantage of your situation due to you three having done this before with the polling/voting system (twice). If there is any further infraction, you WILL be banned permanently. (As you share your IP with three other users, this means all will be banned even if you didn't participate in the activity.) Take this as a warning, we will not tolerate any questionable behavior when it comes to our contests or polls. This is non-negotiable. No amount of messaging will change our minds. If you wish to participate on this website, you must follow the rules that have been set. That is the standard for everyone and you have had enough chances. EmpyrealInvective (talk) 03:57, November 22, 2015 (UTC)

Retrieved from "https://creepypasta.fandom.com/wiki/User_talk:FaptainFordsworth?oldid=1149345"
Community content is available under CC-BY-SA unless otherwise noted.