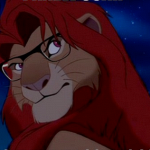 If I deleted your story, it was probably for an obvious reason. If you're convinced you have evaded the obvious, click the "Click Here" link above to contest your deletion. And remember to sign your appeals. That means putting four tildes (~~~~) after your complaint.

Please man, don't kill yourself. You have so much more to live for. I remember when I used to talk to you. Watch videos of puppies or kittens. No one wants to see you go. PrinceCreeper (talk) 23:47, August 23, 2015 (UTC)

^ Don't end your life on a shitty note, it won't fix anything. If you are alive you still have a chance to fix things and set them right. Even if you are convinced that your life is ruined and there is no way that you can proceed, consider how many times you have been wrong before. Happiness is always possible to obtain-it's just the hardest thing to obtain-you just might not be grasping the way in which to achieve that happiness; it can come completely from left field. Be strong by hanging in there, defeat depression instead of letting it defeat you. My talk page is always open for you. Buckle up I'm going to be popular 00:12, August 24, 2015 (UTC)

Guys, while I do appreciate the kind words (Especially from you, Doom), the "Nearly killed me." part was in lieu of the fact that I was on the brink of suicide until remembering some of the things that some of my Skype/Wikia friends said to me. It was one of the most heartbreaking and devasating things that I have gone through and it's going to be difficult to let it escape my memory.

Again, thank you for looking out for my well-being.

Just take care of yourself the best that you can, okay? As far as we know, we only get one life, so we might as well do what we can with them. Even though I don't know you on a personal level, I hate the thought of anyone suiciding because it's a terrible ending and leaves no chance for (choose whichever one fits the most) improvement, reconciliation, redemption or correction.

Life craps on some more than others and in worse ways, there's no denying that, but power through it so that you can find or make a better tomorrow for yourself. There are good periods in life too, so consider that some of your best times may have not come to pass yet. I might be slow and you might be in for a wait, but I'll always respond when you need me, so don't be afraid to come by my talk page and tell me that you need an ear or some words of encouragement. Take care of yourself and live on, okay? Buckle up I'm going to be popular 05:14, August 24, 2015 (UTC)

Hey, good buddy, thanks so much for nominating. . .

... Looks Like We Got a Live One Here, Boys for PotM. I am totally honored. But, could I get you to maybe take it off and do it next month? The admins don't want writers winning two months in a row, it kind of hogs the site; also, I really don't want to compete with Shadow Swimmer's A Figure in the Fog. I love that story. Thanks again, man, I'm hella honored. HumboldtLycanthrope (talk) 01:47, September 10, 2015 (UTC)

Sorry for the delay, unfortunately I'm busy with work and getting a few projects off the ground. Sure you can be a judge. I'd suggest looking over the previous contest to see if you're up for it and how voting will be handled. If you are, feel free to message me and we can add you to the list of judges. EmpyrealInvective (talk) 02:17, September 30, 2015 (UTC)

Sounds good, I'll wait for the others to respond before adding them so we don't end up spam posting a highlighted thread. EmpyrealInvective (talk) 03:06, September 30, 2015 (UTC)

Thanks for the offer. I generally try to archive at ~50k bytes or 70 headings, so IMO it's still a bit small to archive, but thanks anyway :)

That template is set, it really can't be altered (without changing the whole thing) and I didn't feel like writing out an entire spiel for it. EmpyrealInvective (talk) 03:23, October 31, 2015 (UTC)

Voting is now up, so take your time to review the entries and pick your favorite. We'll tally it up in a few days (depending on responsiveness) and determine the winner by majority vote. EmpyrealInvective (talk) 19:37, November 5, 2015 (UTC)

Unless you're an administrator, you shouldn't use {{Delete}}, otherwise I'd be the first to use it, and the reasons for the inclusion of the templates is already evident, given the titles, or just the first words of it, but if you feel like it's necessary, then I'll include the real reasons.

Hello I am here to contest the deletion of my story

Please rethink this and help me out if you can please maybe fix my story or tell me how I can fix it I will fix it :)

It's been a very long time since I last, well, did anything at all on a wikia page. What is the new method for pasta creation?

Hey, thanks for the b-day wishes! Have a good one.

How did he know?! Ax-based attacks, my one weakness! Just a heads-up, I undid your message on his page as Underscorre already messaged/banned him for vandalizing our pages. EmpyrealInvective (talk) 22:57, December 27, 2015 (UTC)

Thanks for catching that. Apparently his one word epics must... reach... the masses!!

Have a good one.

We're no longer accepting Holders stories (even the original series) on the wiki. If I had to guess, I'd assume due to the fact that it's an ever-growing series and a lot follow a basic ritual. EmpyrealInvective (talk) 03:58, January 5, 2016 (UTC)

Hi there! I'm new to this website, my story Jolly Polly was suppost to have incorrect grammer for some characters don't have proper English. Anyways like I said I'm new! :)

Hello, how are you? I just wanted to ask why you removed the categories from my story Do NOT Buy An RT. I only had three categories added, Computers & Internet, Diary/Journal and Sleep/Dreams, and my story fits all three pretty well. It's framed as a post on social media, and its subject is an RT, which is essentially a computer on legs; it's written down from first person perspective in a manner very reminiscent of a journal entry; and its main plot is about dreams (namely, the RT getting dreams that it's not supposed to have). I genuinely don't understand why all categories were removed. RaidenDP1 (talk) 14:47, January 16, 2016 (UTC)

Thanks for digging that up, apparently a lot of authors have been left un-cited in that anthology. I messaged the user and hopefully they'll respond soon. EmpyrealInvective (talk) 19:57, February 11, 2016 (UTC)

Thanks for the heads-up, I reposted the comment and if it gets removed again, I'll notify staff. EmpyrealInvective (talk) 18:04, February 12, 2016 (UTC)

Yeah, I think she blocked me from commenting. I already notified staff so we'll see. EmpyrealInvective (talk) 21:07, February 14, 2016 (UTC)

That would be awesome if you could give me those links. Thanks so much. I will profess my ignorance when it comes to computers, I suck with them and am still figuring out all this weird internet shit. I've only been doing this for a year now. My wife is always telling me I'm crazy for putting my stuff out on the internet like this, but I figure I've got to start somewhere and this could be a great launching pad. Thanks again for your help! HumboldtLycanthrope (talk) 17:45, February 12, 2016 (UTC)

Thanks for your help...

Just wanted to thank you for noticing and alerting me to the plagiarism of my pasta. I'd also like to apologize to you, because I feel like my comment on ShadowSwimmer's blog was perhaps a bit too strong. I realize you were the center of controversy concerning this very topic about a year ago, but you've seen owned up to this mistake and even taken measures to prevent plagiarism from occuring any more. Maybe this'll sound pretentious coming out of my mouth (Oh yeah, it will all right,) but that shows character in my book.

Thank you for your revert on that last edit on The Night Man. The edit was completely unnecessary and bothersome. ShawnHowellsCP (talk) 17:49, February 17, 2016 (UTC)

Retrieved from "https://creepypasta.fandom.com/wiki/User_talk:G4T0R4D3xEN3RGY?oldid=1175482"
Community content is available under CC-BY-SA unless otherwise noted.