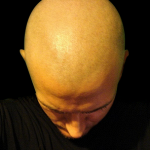 NOTICE: If you're here to contest a deletion, please read this blog first. If you want to attempt getting your story back on the site, put it in the Writer's Workshop, make significant changes based on the feedback, and then make a Deletion Appeal including a link to the workshop thread.

Diex Drops a Steaming Pile on My Clean Talk Page

Shhh...how can I allow you absolute freedom if you reveal my "anal-puppeteering corpses" methods. Yes I run it from behind the shadows, but can you guess which shadows and what limb of mine is in their behind?

Don't worry, his soul is in a better place now, hell. But he's not the first and won't be the last...Dupin didn't pay her regular embarrassment tax recently, didn't she?

A crap-hole a day keeps the Doctor at bay

Hey man, any chance you might be in the mood to pop on skype at some point? No pressure.

Don't worry about it. I'm not the kind to spite someone just for a disagreement. I would have been bothered a bit by your general attitude, but I'm well aware how stress and problems can modify our behaviour. As for the affecting part, I'm pretty numb to horrible events (just the other day I heard bout a 15-year boy who died at 16 kg cause his parents were 'faith healers' and refused to offer medical treatment for his diabetes) so I don't think concepts would hurt me that much in comparison. And the thing you told me applies to you too: anytime you want to talk, you know where to go.

On another (musical) note, what do you think bout folk music? (same vocalist from Behemoth, by the way)

I initiated a vote ten days ago to get the collab project wrapped up. The response was limited, but those who answered are ready to go. I think at this point everyone has had a fair chance to submit, edit, change, resubmit, ect. My honest impression is that many contributors simply lost interest when it started dragging on and on, but there's some good material in there, so I think it's time to turn it into a page. Creepy Thomas O. (talk) 16:20, March 17, 2017 (UTC)

Okay so I'm confused. I posted a rather short sorry that was completed....but It got deleted. I am new, and I am trying to figure out what was wrong with the short story I uploaded. Can you explain what was wrong? I'm not mad, I just want to know so I can improve myself.

i can't write a creepypasta without it either ending up similar to another pasta or really poor in writing -_-. i just made that and when i read the statue i summarized that this is what happens when i write pastas.

I just wanted to stop by and say hi. It occurs to me that I haven't talked to you in a while other than when it came to administrative matters and I apologize for that. You moved back, yeah? Hope things are going well for you. Any projects in the works? Buckle up! I'm going to be popular 23:31, March 30, 2017 (UTC)

RE: I'm a code wizard

Just wanna say you're just as fucked up as I last talk to you.

I just wanted to let you know that I didn't mean to poke fun of you on that one blog. I was just trying to lighten the situation with a little humor, so I sincerely apologize if I accidentally mocked/belittled you or rubbed salt in a wound there. Raidra (talk) 03:27, April 3, 2017 (UTC)

Retrieved from "https://creepypasta.fandom.com/wiki/User_talk:Jay_ten?oldid=1270460"
Community content is available under CC-BY-SA unless otherwise noted.