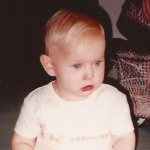 Hi, welcome to Creepypasta Wiki! Thanks for your edit to the 49, 50 page.

As the Top 5 for the JtK Contest you entered were announced, you may have been wondering as to why your story did not quite make it into the poll. While I cannot speak on the behalf of the other judges, I can show you some of my short, personal notes that I took for each story. They are as follows:

Not too much new here either, although some problems of the original are fixed. Not really good (due to some writing typos and old cliches still being there), but not horrible.

To start this off I had five marking criterions: Creativity, Realism, True to the Original, Spelling and Grammar, and Audience Engagement. Each criterion was worth a total of 20 marks, bringing the total marks that could be earned out of 100. I will not be posting the rating of any story in any contestant's review.

The summary notes I posted to justify my judging results were as follows (they're negative because I needed to justify my deduction of points, not explain why I added points):

1) The use of commas was incorrect or not needed in a lot of the text. There were also words missing throughout the text, both of these impacted on how it was read and the text's overall flow.
2) Bullying in the beginning (stealing textbooks and such) was realistic. Bullying became gradually less realistic as the story progressed.
3) A lot of 'this happened, causing this to happen' storytelling occurred.
4) The insanity was instantaneous, with little to no build up.
4) Keith and Troy were also both unrealistically non-perceptive as Jeff killed them.
5) There was also a level of suspense built in the woods, but it could have been better.

First of all let's talk about Jeff. The introduction to the whole 'carved smile' thing was new, and not just a product of Jeff's insanity. It was something inflicted on Jeff, rather than something he did to himself. Jeff was also a lot more relatable, which is always good when you want your audience to genuinely care that the protagonist in the story is plummeting down a dark, spiralling staircase into the hell that is insanity. I used the word 'plummeting' here to accentuate how quickly Jeff became a crazed murder. In the horror genre build up is essential. It would have been nice to have seen small queues or hints throughout the text that Jeff was a) already insane or b) becoming insane. I study psychology, thus I know what I'm talking about when I say that a quick fit of anger does not give people a mental illness, there is always more to it than that.

Moving onto an even larger part of this contest: the text itself, that is, the writing. The flow for this story was severely damaged by the overuse of commas (and, at times, incorrect use of commas). I'm going to give some hypothetical example here to explain what I mean.

I could also go into the theory behind using shorter sentences and larger sentences to create suspense and such, but I would be here for another hour. Basically, your use of commas were either incorrect grammatically or not right for the particular mood/emotion/reaction you were trying to create/illicit.

Continuing on from language conventions I will now discuss connotative language and how it is used to build up a story. The part where Jeff went into the woods to kill th bullies was good. I could feel small twinges of suspense (which could have been amplified with the use of more cleverly chose words). Looking again at hypothetical examples:

1) 'He crept silently into the sinister shade of the woodland.' => this sentence is packed with language choices to build on the 'dark' nature of what is occurring. It is far better than 'He walked silently into the dark woodland.'
2) 'Like a plague of vultures, they waited for the scraps left over from his living carcass.' => Poetic techniques do also enhance a story (the use of a simile in reference to those who are 'waiting' and the metaphor of comparing the 'he' in the sentence as a 'living carcass').

Yes, these both were examples of connotative language and would have helped immensely in the construction of atmosphere and mood in the text. I'm going to skip the rest in regards to language conventions because I am both lazy and I have spent way too long on this topic. But just be warned: the 'this happened, causing this to happen' storytelling did let you down in my eyes, as it became redundant and damaged the flow of the story. I'm going to reference the saying 'show us, don't tell us' here as a reference.

The realism in the text also suffered from a number of unrealistic actions in the text. For example: Kieth and Troy just sat around and got murdered. They also had no idea anyone was in their camping space before they were murdered (Troy didn't even seem to notice that Keith was being murdered at first). I get that they were engrossed in other activities (video games in the woods, I believe?) but, from real world experience, I know for a fact that they would have noticed Jeff's entrance into their camping space. I did like the bullying in the start of the text, it was realistic (textbooks being stolen and such). But as the bullying got gradually more and more unrealistic the text kind of seemed to follow.

Overall, I didn't dislike the story. It was a nice spin on Jeff the Killer (even if it did deviate from the original plot).

I hope this review helped and good luck in your writing adventure!

Sry for the late response, I read it while waiting for my plane as it was uncategorized and since I really didn't find any other category that was applicable, I tagged it with "mental illness" since it did involve someone breaking into a house and targeting a child (indicative of some psychosis). Stories need to be categorized (otherwise the likelihood of them being overlooked/lost in-between the cracks is much more likely. Check the category listing If there is a category you feel is more applicable, feel free to change it but the bottom line is having it linked to a category is better for the site and the author. EmpyrealInvective (talk) 01:15, December 20, 2015 (UTC)

A guest voice actor on my channel narrated "The Solitude of Connor" (which I Hope wins you PoTM in January).

Lemme know what you think! :D

Just wanted to let you know I had to revert your undoing of a recent edit to your story. "Curiousity" isn't a spelling option in British or American English. You also can't have two speakers in the same paragraph, which you had in your opening paragraph.

Hello! I have a spanish youtube channel. I was wondering if i could translate and narrate your story: the solitude of connor. Obviously i'll give you the credit and leave links to your post and your profile here.

Retrieved from "https://creepypasta.fandom.com/wiki/User_talk:Jet.98?oldid=1423459"
Community content is available under CC-BY-SA unless otherwise noted.