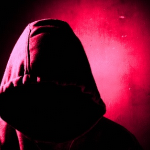 What do you count as 'Role Play'?

It seems a few mods and others are a little confused on what the difference is...

"Addendum: 'Users who are told to take their drama off of main chat and into PM and don't are subject to an immediate one week ban.

​Good thing I wasent role playing at the time of my ban from chat. :)

Hello, I'd like to apologize for a misunderstanding on my part. I went over it in my head, and realised what you ACTUALLY meant. You see, I thought you meant watching as in, roleplaying as some kind of stalker, not as in watching the chat go by.

I am extreamely sorry about this misunderstanding, I hope you can understand.

'Opinions in a Mod's eyes are 'Null.'

Apparently my view of something got me banned. Even though others were also talking about it.

Well, you know what they say, can't tell somone thats close minded anything about what you bealive in, or you get fucked.

SOMEGUY[some number]: "There not gross."

Me:"I think there gross, but thats just my viewpoint."

Someone has some favorites...

Well, you see, the thing is, the other guy was not being offensive, on the other hand, you were. Homophobia instantly recieves a ban, no questions asked. What you were being was homophobic, opinion doesn't matter in this case.

I don't make the rules, I simply enforce them. When someone is homophobic, I am required to ban said person. Also, your ban has been extended to one month on your other account due to socking, and this account has been perma-banned. I think you should re-read the rules, personally. Zyranne (talk) 00:30, December 14, 2013 (UTC)

Retrieved from "https://creepypasta.fandom.com/wiki/User_talk:KiIIerTheStaIker?oldid=605164"
Community content is available under CC-BY-SA unless otherwise noted.