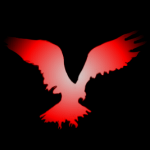 Hi, welcome to Creepypasta Wiki! Thanks for your edit to the User:KillaHawke1 page.

Your Stories in the WW

I'll be critiquing/reviewing your stories in approximately 12 hours. I'm messaging you this now as I understand how frustrating the wait can be, especially when nothing has been said regarding both stories yet. See you in 12 hours (or more, depending on whether you're around or not at the time)!

Re: Review of "Another Kind of Evil"

I would love to re-read and review Another Kind of Evil!

That being said, I do also have a substantial work load that I must clear by the end of the week. On a rough estimation (based on how long it is taking so far), I'll be able to read and review your story in a 12-24 hour from now time range. Sorry for the inconvenience and I will be with you and your story shortly[-ish].

I reverted the edit for you. Although it would probably be less time-consuming for you if you removed the category yourself by editing the story and clicking on the trashcan where the category is to remove it. There is no rule about removing a category from your story (although it does need a category of some type.) unless it is "Marked for Review" or "Marked for Deletion". As for it being mis-categorized, mental illness and weird are two categories that are sort of easily misappropriated. (Character did this? They must be crazy! This horror story is unusual. Weird category!) Let me know if you have any more questions. EmpyrealInvective (talk) 21:27, October 1, 2015 (UTC)

Don't even sweat it. There are in fact a few categories that can only be added by admins (PotM, Suggested Reading, and Spotlighted Pasta to name a few) that can get you into trouble. If you ever have any questions or are unsure, just message me or another admin. EmpyrealInvective (talk) 20:21, October 2, 2015 (UTC)

The quality standards are a guideline for avoiding mechanical and story issues. You can include links (as long as they're to sites that don't contain viruses, pornographic material, etc.) I would suggest using this template: [URL Word] to make the word a link as opposed to pasting the url into it. EmpyrealInvective (talk) 16:14, October 4, 2015 (UTC)

Generally, short stories need to be very simple and clear. Because they are short, they depend a lot on the reader's imagination to inflict horror. Essentially, they implant an idea into the mind of the reader, and his/her imagination nurtures it into something terrifying. Rarely do we see fully fledged short stories, and when we do, they usually leave a lot more to the imagination than larger ones.

In Daemon, you made me think about what Faith really is. You made me rethink part of my reality. And that's why the story worked. You personified faith and wrote a little monologue from its perspective. It was very clear what was happening, because the narrator had a clear purpose. He was guiding us towards a twisted truth.

In your latest story, you essentially described how someone infected by the fungus would feel like. That is very difficult to pull off, because we didn't have a clear idea of what the narrator was. So, the ideas expressed through him weren't that clear.

It is the way you serve information that makes a story clear or not clear.

That is something very simple (and I'll elaborate more in a while, I have to go now) but it is the essence of the issue. I've struggled with this too. If you read my story Darkness, you'll realize that I've stumbled across the exact same issue as you did. In my other short story, I Am a Big Boy, I didn't have that problem, because the narrator wasn't describing his state, but was telling what was happening to him like telling a story.

In order to fix this problem, I did the following: I was constantly reading the story like how a reader would read it. I was trying to picture all the possible images and ideas that my text would inspire in readers, and I tried to minimize the variety as much as possible, so that in the end it would all make as much sense as possible.

Another thing is that I was a bit afraid to add more in the story. When I first finished Darkness, it was sitting at just below 500 words. I wasn't fond of the way it had turned out though so, reluctantly at first, I wrote about 300 words more. That way the story was much more fleshed out and easier to follow. Don't be afraid to add to your stories, sometimes adding more makes a story simpler.

Now, I have to admit I'm not that happy with Darkness, but I believe the little tricks I came up with improved the story greatly. I'm not guaranteeing they will work for every story, but they are at least something to consider.

To close off, I suggest that whenever you have a short story in the works, you put in double effort in how you go about it. You really need to think through every word and every sentence.

Just skimming over it, I think it's likely the word "Gameboy" that's triggering the blacklist filter. Try taking out that word and submitting it (then you can add it back in). If that doesn't work, just create the page with the title you want and then edit the page to add your story. Let me know if you have any other issues.

Re: No Title But I'm Assuming 'Thanks'

It's always refreshing to have people appreciate the help I (attempt to) give them. Thank you so much for your kind words! I'm going to be honest, I'm pretty sure I just merely guided you slightly in the way of the Wiki's expectations; the writing and everything was all entirely on your part. I would like to take the opportunity now to properly congratulate you on coming so far.

And also, you only wrote emails before this? That is quite some talent you have there! Anyway, thanks again and I may even see you around some time.

Thank you for your advice on my story "Tooth Fairy". I rather appreciate it, so I've explored your pages a bit. I've found three things.

One, you are much, much more activei n writing than I (You have nearly as many stories as I do, and I've been here much longer of a itme, by several months). So... good job, on that, that's great.

Two, your birthday is exactly one day before mine. Cheers~

Three, your sense of humor. I was terrified when I read the first thing on your page "Spread the everlasting word of God's love" and all that. Was afraid I'd have to disregard everything you ever said based on that, which would have been unfortunate.

Retrieved from "https://creepypasta.fandom.com/wiki/User_talk:KillaHawke1?oldid=1108304"
Community content is available under CC-BY-SA unless otherwise noted.