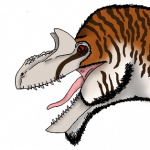 Hi, welcome to Creepypasta Wiki! Thanks for your edit to the The Roadrunner page.

Hello. Please don't add your stories to the showcase while they are still marked for review. I looked over them, and they have a lot of issues. I didn't immediately delete them because the writing itself seemed to be fine, but the technical aspect is severely lacking. Please go over your stories and try to fix the issues. If they aren't fixed within a few days I will likely delete the stories. Read over our style guide for help. Most of the issues I noticed are addressed in that guide. Good luck.

Note: Your story still may be deleted even if you fix the technical issues if it is determined by myself or another admin to not meet our quality standards.

I recently tagged your story Blind Woman's Cave as 'marked for review'. I've discussed it with the other admins and we recognise that your story is very close to the quality standards but falls short because of a few wording issues. I'm asking you to post your story to thewriter's workshop so we can review the story and help identify the specific issues that need fixing. Unfortunately, if I haven't heard anything from you in 14 days (28th March) I must assume you are inactive and will delete your story ChristianWallis (talk) 14:53, March 13, 2017 (UTC)

I actually didn't mark your story, that was Christian (another admin), but since you asked, here's a few of the issues I can see at a glance. I would suggest reading the story aloud and seeing where you stumble in the flow and generally those are areas that need revision.

Awkward wording: "Those filled her with joy, knowing that her people would not go through hardships like last year, when the drought killed all the crops and the entire pueblo nearly starved to death, having to survive on scarce stocked provisions and wild game", "She had looked at these same skies for over 3 years on (during) her training, yet not once had she seen this strange new celestial body before, shining where yesterday there was no light.", "Her granddaughter, however, pleaded her not to go, for the old woman was just as frail as she was wise, and the apprentice feared that her dear grandmother might not survive such a long and arduous journey.", etc.

Overly complex sentences that could be broken up to help with story flow: "The object that came into her vision was large, larger than the entire mesa where her pueblo stood, its shape resembling that of a disk or a bowl, and throughout its extension, a hundred thousand scintillating lights shone brightly as little suns,as the object whirled profusely around the starry night.", "Her nearly suicidal attempts however were not enough to stop the visions, so she decided she would give an end to all the pain for real this time; on a dark desert night, she set off alone, without warning her loved ones of her departure, and headed several miles north of the village even though she was completely blind.", etc.

I'm additionally noticing areas where explanation or focus would improve the story. Lines like: "As she raced her eyes through the night, she noticed many signs of generous rainfall and bountiful harvest." What were these signs, just calling attention to there being signs really doesn't enhance the story much when the audience is unaware of those things. "The creatures, though at the very best described as “fungoid” or “plant-like” in nature, bore a striking similarity to the ceremonial costumes, dolls and figurines who represented the spirits called Kachina by her people." What are these similarities? Remember that the audience is likely unfamiliar with what Kachina look like and general searches conflict the tentacled appearance given later.

On a final note, the ending feels a bit flat as the vision seen only details past events and it feels a bit forced that the FBI/CIA would try to bury this information when it really doesn't hold relevance to the current generation (especially since these horrific events are already known). I would focus on 'what's to come' as the ending point and not a cover-up ending. I'd suggest taking your story to the writer's workshop where you might get more in-depth help for fixing up these issues. EmpyrealInvective (talk) 00:18, March 14, 2017 (UTC)

Retrieved from "https://creepypasta.fandom.com/wiki/User_talk:Leonardo_F._Oliveira?oldid=1266081"
Community content is available under CC-BY-SA unless otherwise noted.