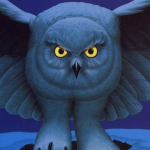 Hi, welcome to Creepypasta Wiki! Thanks for your edit to the Talk:The Skin Daddy page.

Please do not create categories. If you make a mistake in typing a category, click the pencil icon to edit or the garbage can icon to delete. There's no need to publish an edit with a non-existent category. See the Genre Listing page for rules about what categories can and cannot be added to pages together or by non-admin, and also for further descriptions of all our existing categories. If you are confused as to how categories on Wikia are supposed to work, please see the help page on categories. The first offense for this is a warning, but the second offense will result in a 1 (one) day block per the category rules.

If you feel your new category should be added to this list, leave a message on ClericofMadness's talk page stating your proposed category and reasons for its inclusion. It must, though, be applicable to at LEAST 10 (ten) existing pages to be considered.

Sorry, I just realized it was the other guy who created it and you just followed his lead. Glad you at least removed it ^_^ Why do they call it the funny bone? Because obviously people are laughing at your pain. 05:40, February 17, 2013 (UTC)

hi! this is coolcoolcoolsilly. its a dumb name but its all I could think of that wasn't taken. I read your pasta and it was amazing. id love if you can leave me help on how to write a good story. i also might think you might enjoy my wikia SuperFansUnite if you wanna check that out. PLZ HELP. --G.E. 03:02, April 12, 2015 (UTC) or silly thanks for the help!

ok. heres a quick sketch of a story. titled park day. I was with my two friends josh and Dylan and we were having a good time at the park. its odd to be there at my age but it was already dark out. we were the only three there but that quickly changed. I don't know when they got there but four girls about my age were on the other side of the park. All wearing odd hats, the girls held flashlights and waved them frantically. "Do you think their in trouble?" asked Dylan. I didn't reply. I was too interested in the girls. getting closer, I reconized one face, two were complete strangers, and the last was wearing a white mask. our groups stayed away from each other for a while, until the tallest of the girls came over and asked if we wanted to hang out. being an idiot, Josh quickly said yes. we talked with them for a while, but the masked one never spoke. didn't even move, ither. I finally acted up, and asked her her name. The shortest smirked," Sorry Keven, shes not here right now." With that, the girl I knew, Sally, pulled the mask off the girl. exept, what I saw was normal. What I didn't see was weird, no facial features. all three girls laughed at the same time. Josh and Dylan stood in horror. But I ran.i ran out of the park straight to my house. I haven't seen my closest friends since.

I'm going to critique this as I read it, which is usually what I do most of the time.

The second sentence of the first paragraph. One: it needs a comma after "road", and the comma in the middle of the sentence needs replaced with a semi-colon. The third sentence: "who's" needs to be "who". Now, moving into the story itself. The character apparently wants to see the great sight of North America. No problem... except, from reading the first paragraph, did he even have a plan? Was this idea of his thought about at all?

In the second paragraph, you've got some more grammar errors. "Old, worn, and dingy farmhouse."

The third paragraph. The character is getting put out of place by the idea that someone still lives in a house. At least, from what I'm reading. You've basically given the boy the informed ability to ominously stare, but that's it. How is it ominious? Just saying something is creepy and ominious doesn't do anything. You have to tell us how it's creepy and ominious; that's not something to leave to the imagination.

Start a new paragraph whenever someone speaks. The conversation between the narrator and the farmer basically happened in the course of one paragraph; when it's in need of being split up.

The description of the barn is decent enough. Except for the fact that your character has just committed a violation of common sense; I would sooner sleep on the road that in a barn owned by a number of deathly looking figures.

The dinner scene seems unneccessarily dark and edgy. I know description from earlier basically says the same thing, but now I'm choosing to bring this up. Again, why is this character staying here with a bunch of people who very obviously are not good people? Plus, what's giving these people their deathly look? Also, again, unneccessarily dark, is the father hitting his son. The moment I heard what the son said, I would've promptly excused myself from the table and ran out of there. That whole "there is something bad going on here" vibe you've given the narrator? That line from the son confirms it.

The next paragraph is "obvious thing is obvious." You've been portraying these characters as unwell the entire time. We don't need reminded of that repeatedly; once is enough.

Innocent bystander rule # 13: Do not go into the dark, ominious barn cellar under any circumstances. Certainly there was a pile of hay he could hide in? Or better yet, why is he still not leaving? You still haven't justified this obvious question.

As of this point, the farmer following him down is partially justified, but cliche. It's a dead end trick used in every horror movie ever. You've altered this, though, by having him drag his family down there. As of this point, pretty much anything I could say is already covered. The story is really starting to feel like an 80's slasher movie in Internet Story form.

Your character finally decides to get the hell out of there, only to get hit in the face with a shovel by a nine year old. This character obviously has no intelligence or muscle strength if it didn't occur to him to grab the shovel and throw the kid out of the way, knowing (at least guessing) full well that the kid was intent upon blocking, stopping, and hurting him.

The ending just doesn't work. I can't say exactly how it doesn't work, it just doesn't. It seems like an entirely unneccesary twist in a story where the farmer was portrayed as the bad guy - now it's the young child who we've barely heard anything about. So much for character development. The writing of the story is at best rough, and you need to put a lot more effort into this. The premise is interesting, but the story stinks of reality is unrealistic and bad psychology. I felt more like I should be yelling at the narrator rather than enjoying the story. Senjumaru Shutara 23:14, April 14, 2015 (UTC)

Not a problem. I did notice that a lot of mistakes you've made have been covered by some of the resources on the site, particularly the Writing advice blogs that people have written. I recommend you check those out. Particularly the ones under the section "ImGonnaBeThatGuy". He's the guy I learned most of my techniques from. Senjumaru Shutara 00:42, April 15, 2015 (UTC)

You have won second place for my writing contest with your story Blue Moon !

Retrieved from "https://creepypasta.fandom.com/wiki/User_talk:LinebeckIV?oldid=1119033"
Community content is available under CC-BY-SA unless otherwise noted.