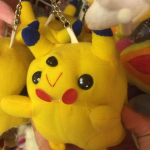 Template:YoutubePlayer ♫ - Pearl Jam: I Got ID (aka Shit)

I can't think of anything to write here.

This is all you get. After this, any rules broken gets you a three day ban. Wolfenmaus

Retrieved from "https://creepypasta.fandom.com/wiki/User_talk:MagmaMan4488?oldid=400789"
Community content is available under CC-BY-SA unless otherwise noted.