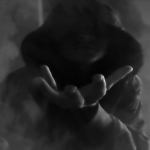 I'd be honored to have you narrate my story. Don't forget to credit me and link it to me when you're done :)

I freaking loved the editing and narration of the poem, man! Great job. You gave me chills with the words that I wrote down. That is pretty hard to do. I couldn't get over how epic it was. I'm tweeting it tomorrow after work, and I'll subscribe to you then as well. Thank you, bud! Great job. YakuYabai ∆Talk∆ 09:54, October 3, 2013 (UTC)

in response to your request

Hi! im responding to the message you left on my story and i actually think it sounds really cool. you can go right on ahead and do an audio reading. thanks!

lol so yeah i'm the same way, I trip up the stair, trip on flat surfaces, on my feet, and i walk into walls and doors, even in publec! how odd is that?! like really, it really weird! oh and i love eating frosting from the container... i dont know why, i just do, i love frosting lol. And i can never tell what color my eyes are, they change colors too much, it scares me!

I see your interests are very cool. We share the fact we both are Christians, both recognize Poe and Lovecraft as fantastic authors, and you even have Allons-y in your description! Perhaps we could collaborate in the future. Looking foreward to it!

RE: What category would this story be?

To be honest, I think we need a bit more diversity in our categories. There's a lot of pastas that don't fit any of the existing categories and get tagged as weird as a result (even if they have clear themes).

If you can't find any categories that fit your pasta, don't sweat it too much; it's not like you'll get penalized for not adding any.

Thanks for the message and it's okay, I really like my story and proud... Even though since I wrote it awhile ago people call it cliché. It's alright you deleted the file, and I agree with the youtube rights. It's just plain ridiculous that they gotten so strict even though people can actually get premission to use songs and other stuff. I'm glad you told me and before you ask how fast I typed back, you interrupted me while I was reading a story on my iPad... It pops up. Kat The Killer Neko (talk) 06:59, January 18, 2014 (UTC) Kat The Killer Neko

I'd Love a Narration!

Hey man, thanks for the offer! I think it's a cool idea if you'd like to narrate my story, I feel honored :D

As long as you credit me and give the link, I'm fine with it on YouTube. Thanks again!

So I just finished watching the reading; I can't tell you how awesome it felt to see one of my own stories as a reading! :D I can't thank you enough for it, dude. I know the request was orginally yours, but I think I've come out happier here. You're a great reader!

If I can repay you in any way, don't hesitate to lemme know!

I hear that you're the man to see.

We don't exactly know each other, except from that one forum post about the intense Wikia spam. I decided to poke around your talk page (like sneaking into someone's mailbox) and saw that people were talking with you about reading their pastas.

I like attention. Who the hell doesn't? It's human nature. If you do not mind, I would like you to send me a link to the place/Youtube channel in which read these things and/or read the PotM for April 2014, which is mah story.

A simple request, I hope  :p

I know that you're the man to see.

Radioshack, huh? I hear those things are going the way of the Circuit City. That sucks, man. I'm only in high school, so I'm not exactly sure if I can empathize with you on that, but I'm glad that thus far (even if you hadn't known that I was fifteen), we've spoken to each other like acceptable human beings instead of "KIDS DON'T BELONG ON THE INTERNET LOLROFL!"

I've always thought about that philosophy: the idea that when you're using the computer, you conceptualize other people on there (that you haven't met personally) as just another part of the PC, like it's just the computer with a gazillion different personalities (accounts) talking back to you.

I'm getting rambly. Whoops. Anyway, I'm not able to check out your other work right this exact second because I'm at school (eww), but I'd love it if you read Hanging Man Hill. A lot of people go to Reddit's NoSleep section instead of here and I'm not sure why, so I kind of want the publicity. That sounds selfish, but seriously, that's one of those "Does this dress make my everything look fat?" kind of things. You'll always answer "right," when in your head, you get it "wrong" every time.

"Do you want infinite attention and love?"

"Do you desire people to shower you with their praise?"

Alright, I'm going to go down the list of things I need to respond to in the most generic and monotonous way possible because I'm in school again and school is the worst thing ever until I get out of it and realize that without constant access to the few friends I have in real life, I'll have none. Funny how things work like that.

It's ridiculous how quick some people are, to judge others. Who cares how old someone is when they have the same hobbies and/or passions as you have?: Exactly. As long as we're on the same level of intellectual competency, there's no reason why one would have to point out their age or have to argue about whether or not their age is something that contributes to their allowance of access to the interwebz.

Your philosophy about how we see others as just a program instead of a human being...that's kinda freaky, when you think about it. And it's so true! You should write a theory pasta about that! Haha: Theory pasta? Ehh. Me not so good at those  >_<  but I think the philosophy is very true.

Yeah, I've been hearing a lot of people asking if the store I work at will be closing. Every time I hear that brought up, I get this sinking feeling in my gut, telling me to get the hell out. But I can't do that yet; I just started! Yet, that feeling is ALWAYS there: Yikes. Sorry about that.

I currently have the possibility of having a pedicab position in Downtown SD, so...yeah, fingers crossed!: That's great! Hope you won't have to rely on that, but if things go down the crapper...

I got your story bookmarked, so once I have some free time, I'll get started: Nice! I can't wait to see it.

I wish you luck, dude: Me too.

Hopefully, you won't be buried from head to toes with homework: Even a lazy person could get my homework done. Too bad I'm EXTREMELY lazy.

You were the man to see.

That was amazing. I especially like your southern accent, which I think added a very nice touch to the story. Also, the way that it cut out at the end? Genius. Thank you so much for reading that. I'd love to see the reactions to the video later.

Hey man! I just wanted to see if you were still doing and/or interested the Swim With Me video? DarkNyteG (talk) 00:11, June 6, 2014 (UTC)DarkNyteG

Thirteen is when the bombs are dropped, and yes, the eyes are the drawings. Glad you like it. Looking forward to the reading!

Hey, just wanted to drop by and say good work. I read some of your pastas and they were pretty good. I would've commented on those pastas, but I'd rather not inflate the number of edits on my page if I could easily just tell you through your talk page. Anyway, keep up the awesome work!

Edit to Sisters of Mayhem

Please refrain from making changes that aren't necessary or changes to the storyline, this is an edit where you did. Most of the edit was fine and enhanced the story, but you removed one quote unnecessarily, and changed a spelling which is correct (ole is just as correct as ol'). Also, you added apostrophes in place of the last letter of two words.

Please refrain from removing messages on your talk page, as they are a record of infractions.

Hi Marshall, thank you very much for your kind words. Quite honestly, feeling a bit down this evening and your positivity really snapped me out of it. You are most welcome to narrate any story of mine.

Retrieved from "https://creepypasta.fandom.com/wiki/User_talk:Midnite_Marshall?oldid=1190177"
Community content is available under CC-BY-SA unless otherwise noted.