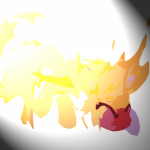 Not To Say whats going on in life, what will happen when we die? But we don't know for a reason its a bit obvious isnt it<if you just think about it you might start to think what if you found the real answer to death and life? if you believe in god would you fear being smited by his power or being dragged to hell by your knees?

well me saying this might give you an idea of what would happen if you did but most likely its best not to think about it at all, unless you actually have an acurate saying of what will happen and you believe that it will happen.

well i will say what i believe anyway for no reason at all. ok here it is> within three days of dying you have the chance to reanimate your own vision of death, like if you believe in god and have killed then you would most likely turn out to end up in a dreadful place and its the opposite if you did something good. i personally won't say what i want but ive been planning it for 10 years now and if this isn't what really happens and their is a heaven and a hell i would rather be a ghost.

Retrieved from "https://creepypasta.fandom.com/wiki/User_talk:MrAssassin?oldid=83244"
Community content is available under CC-BY-SA unless otherwise noted.