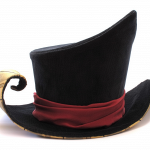 Re: Check this out

The story was removed, thanks.

Not sure if youre still interested in the critiques, but I made a place for them on this site. http://creepypasta.wikia.com/wiki/User_blog:Alstinson/Critiques_returning Make like smile dog and spread the word.

Mind if I ask you to review my "completed" story? I asked an admin to do the same thing but they havent answered in a few days. Thanks! Here is the link: http://creepypasta.wikia.com/wiki/Thread:500350

Sorry to bother you again, I was just wondering if you checked out my story on the Writer's Workshop because I haven't got a response yet. Have you been busy lately or something? Thanks for letting me know! :)

Could take a peek at a story

Hello Sir, If you are able, could you take a look a story of mine. It is my longest to date, but I spent a significant amount of time cutting away unnecessary plot devices into something much more streamlined. I am just concerned that because I am treading very familiar territory within this genre, I am hoping for another pair of eyes to ensure I took this story in a fresh direction. Another Kind of Evil

BTW Darkness was great. The reveal moment you experience in the end, that is exactly the feeling I am hoping my reader will achieve in my stories. KillaHawke1 (talk) 15:41, October 20, 2015 (UTC)

Dear Mr. Dupin,
I read your stories and I love them. I was wondering if you would like a partnership in CP stories. Tell me if you want to help!
From,
demonJeff

Good day,
I read your message. I understand if you like working alone. If you ever need an idea for a story, you can ask me!
From, your ever devoted idea master,
demonJeff

It might be easier to just get a backlog of quotes to use rather than police a contest and deal with spam/inapplicable comments. I'll talk to the others, but I really can't see much point and would rather just accept suggestions than organize an event for it. EmpyrealInvective (talk) 17:23, October 27, 2015 (UTC)

Doesn't mean you can't give us suggestions for viable quotes. We have a tendency to have quotes up on the home page for far too long. Clive Barker was up for 3+ months. EmpyrealInvective (talk) 17:35, October 27, 2015 (UTC)

Don't worry, I have a few loaded up and ready. Figured I'd leave that one up in memoriam until after Halloween. EmpyrealInvective (talk) 19:57, October 27, 2015 (UTC)

Thank you for taking the time to review my story. You gave me some idea, but I think I need to mature a bit as a writer. I actually didn't write my first story until last month. I mean, I have never written a story in my life (other than school, but that was a long, long, time ago). So, this newly discovered passion is really something I am enjoying. I plan to revisit this story in a year and see what I can do to it.

I was hoping you would be able to take a peek at my Cherubs Trilogy. There is absolutely no rush and only if you have availability. These are my first stories where I use dialogue with self and another person. I think you will see some improvement with character development. Parts 1 and 2 have been submitted and part 3 is now in WW.

Mind checking Skype? Need to talk to you about something :)

Hi. This is Lacopiean90 I wrote The Camden Hospital for the Mentally Ill, and I saw you deleted it. I'm not mad at all or anything for it but, I saw you said it's a wall of text. Could you just tell me what that is and how I can avoid it next time? Thanks.

Thank you for pointing out the typo. As for the signature, that is due to the fact that those stories were uploaded prior to the name change. If you want to update them, that'd be great, but I'm also fine with them the way they are. ShawnHowellsCP (talk) 16:11, November 2, 2015 (UTC)

Hi, do you still remember me and Gavin? (Former Yee4926) we have returned once more and hope not to cause drama again. His new account is KdoxGaming. We got your tips on writing and had to say they were quite helpful! Thanks! Well I have to go. See ya!

That's perfectly fine. Take as much time as you need.

Thanks for letting me know, I've blocked the guy.

Thanks for adding chapters to my headers in Dark Corners of Mireworth. In the meantime, I'll see what else needs editing in the story.

Yes, I did indeed see it a couple days after you sent it. I realized that due to the sheer amount of entries, it wouldn't be exactly easy to review each one individually in my in-depth style if I wanted to get them out on time. So, although I haven't reviewed them yet, I have been going through them and I will be done before the end of the judging period. AGrimAuxiliatrix1 (talk) 21:06, November 8, 2015 (UTC)

Hello MrDupin. I have just uploaded the latest story in the In Torment series, Oceanic, to the wiki. I am looking for some extra criticism/reviews, and as you've left a review on each of other installments in the series, I was hoping you could find the time to read this one as well. ShawnHowellsCP (talk) 02:33, November 10, 2015 (UTC)

Thanks, added it to the blog.

hi MrDupin I just wanna say good job judging the JTK contest. Huge JTK fan and I cant wait to see the winners even though its a little disappointing I didnt get to enter. I had questions which i dont think you saw for judges, could you please answer. 1 will there be 3 JTK stories on the wiki after this contest, it says so in contest rules and 2 will there be a contest for Eyeless Jack because I have an idea for a EJ rewrite. Could I make an EJ contest?

I'll take one, when you have time. You can send it to my email shadowswimmer77@gmail.com so as not to influence the poll. Thanks!

I saw your comment on the JTK contest page, and I'd be interested in getting your thoughts on my entry if you have time. You can reach me at jzoidberg.wikia@gmail.com. Thanks.

I completely understand, take your time.

I've seen all the work that you've been doing and know that you have a bit on your plate, especially in regards to JTK and I just wanted to say thank you for all the hard work. I wanted you to know that someone noticed and appreciates your efforts despite not being a contestant. Have a great Thanksgiving, day, or both! Keep on rolling, Mr. Dupin :) Buckle up I'm going to be popular 23:29, November 26, 2015 (UTC)

Thank you for your assistance :) First attempt and my attempts to properly edit seem to be failing, I appreciate your help. Jordan --Bathaal (talk) 22:34, November 28, 2015 (UTC)

Hello MrDupin. I know you gave some reasons for using easypolls.net and I dont want to keep bringing it up, but has easypolls.net caught all cheating and prevented people from seeing results enough that you would use it again? like I said in the contest comments it didnt work for me at first, so I want to know how likely it is you would use another site like polldaddy.com (whihc worked no problem for me) in the future, because I hope to be able to vote with less hassle in other contests

Edit Underscorre has answered this but I cant delete it

I dont want to talk about this too much more if you arent changing the site, but are you not paying 2.99 or something for easypolls.net? Rokklagio said you paid for extra poll stuff on the website, so actually it isnt free and again I dont see the advantage.

But when I looked for reasons you chose this poll site earlier I found a post in the comments of http://creepypasta.wikia.com/wiki/User_blog:Underscorre/Jeff_the_Killer_Rewrite_Contest! which said you can see where votes are coming from. how can you do that without paying? And again if youre paying theres no advantage.

Forget it actually, if youre not changing it then fine, Im done arguing it. Disappointing and I guess Ill have to go through hassle for the next contest but whatever

I think they've fixed it now, but thanks for letting me know anyway.

Hey there, good buddy. So nice to hear from you.

Yeah, I've been writing a lot.

I wrote a magical realism story I'm still polishing up. I've written a couple dark and disturbing pieces I was thinking about posting to the site, but I've got them sent out to lit journals and lit contests right now--wish me luck.  Most of all I've been working on polishing my novel up, I'm sending out queries right now to literary agents, I've had a few positive responses. If you are really interested I could send you copy of a story or two to check out.

I'm taking a class right now on Bizzaro fiction. Ever heard of it? It's a newer literary genre where the weird and bizarre are used as metaphors. Google it. That novel I shot in that blog would be a good example of it: James Keaton's The Last Projector, a great book. When the holidays die down and I get some free time I'm hoping to finish up my sequel to the Gym Teacher, which I have begun, called The Substitute Teacher.

A Christmas contest, huh? Sounds fun, I'll have to check it out.

Yeah, I agree. There really isn't much point to it and any review/criticism could be put on the story itself rather than re-opening a debate that's long since been resolved. EmpyrealInvective (talk) 17:42, December 11, 2015 (UTC)

Thank you for replying on my thread! (You know, the one titled: Is It Really a Good Idea to Bring Jeff Back?) And I understand the logic of your argument.

The only thing I'm worried about is: does this mean that creepypasta.wiki will begin to accept new "Jeff style" stories?

Frankly, I'm one of those who applauded the decision to remove JtK and to ban most of these cliche "Abused Killer Kids" stories. I'm one of the admins for a Chinese internet community aimed at translating and writing creepypasta story (not a wikia site though), and I did my best to persuade memebers of my community to follow up on some of creepypasta.wiki's site rules & principles, including the opposition to over-cliche stories.

Now, many creepypasta fans around me seems to see the new JtK story as a message that creepypasta.wiki is returning to the old days of Killer stories, and the ban on new "Jeff style" stories will be removed very soon.

I believe it is neccesary to hear the official voice (that means, the opinion of an creepypasta.wiki admin) on this issue. Is the return of JtK (modified, but with the same main idea) a individual incident, aimed at restoring one of the site's classics? Or does it mean that there'll be a real change in the site's policy?

I'm looking forward to your reply--and thanks! :)

Retrieved from "https://creepypasta.fandom.com/wiki/User_talk:MrDupin?oldid=1155150"
Community content is available under CC-BY-SA unless otherwise noted.