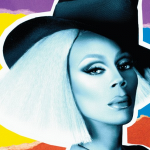 Hi, welcome to Creepypasta Wiki! Thanks for your edit to the Fridays with pewdiepie: The lost day page.

Do not forget to add any story you create/upload to the Article Listing. If, after 30 minutes from adding a page, you neglect to put your a big fat ugly butt that page on the Article Listing, you will receive a 1 day block as stated in the rules. This is not the same as adding it to the User Submissions page.

Your story has been deleted because it doesn't meet the wiki's minimum quality standards. Please revise your story accordingly before trying to reupload it again, through Deletion Appeal. If you reupload it again without any major changes, you'll receive a 1-day ban from editing.

Read {{#NewWindowLink:How to Write Creepypasta|this guide}} for further details on how you can improve your story/stories to make them meet our quality standards.

The time your ban ends is UTC time which is GMT -1, so your ban will actually end at 23:08 at your time.

Well. You're not supposed to take a screencap of your siggy. You're supposed to import the whole entire format of the siggy, and place it in your user subpage.Fatal Disease (talk)

The chat in Creepypasta Wiki is shut down for two months. Could you meet us at Trollpasta Wiki chat? http://trollpasta.wikia.com/wiki/Special:Chat Gjlewis 18:33, July 3, 2014 (UTC)

Do we even know each other?

Other than that, please contact me back when you're not angry. Then maybe some kind of arrangement could be done

After being...recommended by a handful of users to actually enforce the rules and protocols, instead of being undeservingly (and accidently) lenient towards you, it has been decided that your chat ban is changed to two months.

If you'd like to appeal, please make a convincent case as to why there should be a change in this ban to less time, if possible, with as little cussing as possible. That doesn't help very much, after all!

Thank you for your attention, have a nice two months

All evidence needed is this:

All your past behavior has led to this moment. And I can guarantee that none of those bans, except the one corrected by Graydon, was done over false charges.

Are you sure you want an infinite ban? If you do wish that, well, I suppose I could, but you better think it well

You can't exactly say I am the worst user in the world. I mean I haven't had that many... What I'm pissed off about was my latest ban were you had said "antagonizing people again are we Chris?" and then you banned me. no warning, nothing.Mrchrisrocks23 (Tried to change signature but fuck it) (talk) 20:13, September 24, 2014 (UTC)

It's mostly because it seems to have the need to bother people through snarky comments and jumping at them at the slightest mistake they do.

Besides, you yourself said that you loved doing that. That is defined as nothing else than 'trolling'

It really doesn't help that as soon as you were banned for the first time since the return of the chat you stated how proud you were for it.

I'm all for giving you another chance, with the only condition that you refrain from go baiting people around for your own amusement.

Well, you don't have to stop swearing altogether. That's alright.

Apologizing to Meta...that isn't a big requirement, but if you feel it can help, go ahead. Talk page, or in the chat, or something.

I'll take that as you being willing to change your ways. I'll be reducing your ban to...eh, one day, from the moment this message appears on your talk page.

But really, this is pretty much the last chance anyone's willing to give. A lot of people are getting fed up and practically demand a long ban for you.

I for one am glad this is ending in a positive note.

See you in chat tomorrow!

As for your first message, I was butthurt for about 15 minutes and wanted to say something to the mod who inocrrectly did their job, in my eyes.

Secondly, good job being immature by adding that "Whiny Little Shit Below" on Nick's profile.

The thing is, your behavior isn't new. See Guy's oppose as well, to give you more information. Just because other mods and even admins have anger issues doesn't mean that we want more of those people.

And yeah, you get denied for misbehavior, because that isn't acceptable for a mod position. Sorry, but no. Frankly, knowing your behavior, I considered not even voting because I knew you would have a response. Well, I'm just going to tell you now: I'm done. You're not going to sway my opinion. You can keep arguing, but I've said my piece. Steam Phoenix - Her Majestic and Loyal Talk Page - 20:28, September 30, 2014 (UTC)

I shouldn't bring up things you did before chat opened up again, because. . .why? You didn't become a different person after chat re-opened. Again, three bans in the last two weeks. You've been a consistently immature, abusive and disruptive user. Yeah, sure, you didn't actually want to murder LOLSKELETONS, you still said it. It's something YOU did when something you didn't like happened. So, I think it's extremely valid to bring it up, because if you became a mod that would happen a lot. AND you have a ban for threatening other people, as well. It's repeat behavior. What am I supposed to judge you on? The last four days after WhyAmIReadingThis threatened to ban you for two months? After you told him he might as well perma-ban you. That's a real mature response. Again, the way you react to situations kind of tells people how you handle things.

You've seen mods with worse behavior than you? First off, that doesn't mean you should be mod. We want good mods, not more with bad behavior. Second, great, tell me about them. I don't want bad mods. Tell me who they are and what they've done. If you have any proof, send it over. If you don't, that's fine. I'll look in to it. ImGonnaBeThatGuy (talk) 20:32, September 30, 2014 (UTC)

Everything that Guy and I and others have pointed out is what you need to change. And you need to prove that you're willing to change, and that you will change - for the better. And that'll take a bit of time, which is largely what your problem is. If anything that you don't like happens, you'll blow up on it. You have a huge history of it. Get control of your temper, get control of your behavior, and prove that you'll stay in control, then we'll talk. Steam Phoenix - Her Majestic and Loyal Talk Page - 20:41, September 30, 2014 (UTC)

Also, probably gonna be leaving the wiki. In the process of copying my stories off the wiki and once I'm done I will probably request their deletion, but only once I have each one copied. So if you want to hook up elsewhere:

Anyways, man, been fun and hope to hear from you soon. And for the love of god, please do not make an issue of this, the last thing I want is for guys like Myst or Reading to have more ammunition.

You were being very aggressive to other users, especially Dreminem. You say that past history is no excuse, yet you have an image on your User Page with the caption "When I get banned on CPWC" since it's such a common occurrence. It is you who needs to rethink his position. Likferd (talk) 19:48, November 15, 2014 (UTC)

The VCROCs on the Wiki are me, Grizzly Bear, and Likferd. So, what do you want to ask me in regards to a certain ban?

The VCROCs on the Wiki are me, Grizzly Bear, and Likferd. So, what do you want to ask me in regards to a certain ban?

I spoke with Likferd, since he was the one who banned you. According to what he told me, he said "He has a history of being a douchebag. Literally every person in the chat was sick of him and he was being an insufferable ass at the time I banned him." He also claims that Nick gave you one last chance and fucked it up. He is also going by your chat ban log for his reasoning. Message me again if you need anything else. Hakuna matata, what a wonderful phrase and it's no passing craze. 22:30, November 25, 2014 (UTC)

I did talk with him some more, and he told me this: "I didn't ban because I looked at his logs. I banned because he was causing A LOT of trouble in the chat that day. I was already going to ban him for a minimum of three days. I decided to extend it to a month because of his history." Now, since I can't confirm or deny this, I'll have to relook at the logs to see if he's telling the truth, oh wait, I can't since the bot isn't here anymore. Hakuna matata, what a wonderful phrase and it's no passing craze. 22:48, November 25, 2014 (UTC)

You have been blocked one day for rallying users and polluting the site with chat-related drama. Likferd (talk) 02:20, December 31, 2014 (UTC)

Call it "picking a fight with someone who defends plagiarists". Seriously, feel free to just leave this site. Mystreve (talk) 21:23, January 12, 2015 (UTC)

So, you start a fight with me, even though I wasn't even defending simba, I was annoyed at the way people were reacting and their actions, yet its my fault that you wanted a fight. Skelly, seriously, get  your eyes fixed. Also stop shit stirring streve, you've been doing it all over the wiki Don't touch me there, s-senpai (talk) 21:31, January 12, 2015 (UTC)

Also you requested that I started a fight with you, so don't even think about sitting there with a gold halo above your head. Don't touch me there, s-senpai (talk) 21:38, January 12, 2015 (UTC)

Dude, I've just joined the place yesterday, and already I've been hearing story's about users being treated like shit. My friend told me that you and a bunch of other user's were horribly attacked and harassed by the other members of this wiki :( I'm so sorry for the amount of shit you've been put through. I for one am disgusted by what I've been hearing and to be honest, it better fucking stop. JackTheBadCat (talk) 20:46, March 3, 2015 (UTC)

Retrieved from "https://creepypasta.fandom.com/wiki/User_talk:Mrchrisrocks23?oldid=1125468"
Community content is available under CC-BY-SA unless otherwise noted.