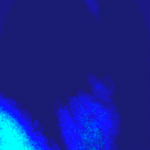 Hi, welcome to Creepypasta Wiki! Thanks for your edit to the 1999 page.

hey could you help me with my creepypasta?

And on the main page, make sure to check it out and see your handwork being showcased. EmpyrealInvective (talk) 18:41, June 7, 2015 (UTC)

Thanks for the review.  Would there be any stories you'd like me to review?  I am also an artist. Could any of your stories use some pictures?

Congrats, you're a judge. The contest should start up in October. Thanks for volunteering!

As part of the team, we should have a form of communication. I think by email will be best. Mine is this:

Send me an email so I can have yours. I will let the others know too and when I have all the judges' emails, I will send them to everyone on the team. That way you won't have to expose your email (mine is a temp one so it doesn't matter).

Also, Underscorre will be posting the main contest blog. He has already written a draft. Check out his message on my talk page. Your input will certainly be appreciated. MrDupin (talk) 22:35, September 24, 2015 (UTC)

I think I should give each week to working on a story.  Maybe, I should work on uploading a story in the Writer's Section.  I have had 'Popular' described as a rip-off of Jeff the Killer.  The sequel, 'The Grey House' doesn't get much attention, but I've thought about adding them both together.

Thanks for reviewing Chad by the way.

This is just to let you know that the Jeff the Killer rewrite contest has begun!

Please message MrDupin, who is taking on the role of head judge, so he can figure out some way of establishing off-site communication about this.

Thanks so much for your help in judging this, it's really helpful.

That is weird that the link that I gave you wasn't working and had taken you to nonexistent page.  I hope you can find it and that the link works for you.  I don't know what's been going on, but some stuff of mine has been disappearing on my Deviantart page.  I also got logged out last night as well and there were also several pop-ups coming up.  It was so weird.

Yeah, your first email did go through. I should have sent a message, I didn't think about that. Apologies. I was waiting for Fizz to send me a message before I contacted you all. Hopefully it won't take too long. By the way, which of the two emails do you prefer? MrDupin (talk) 12:15, September 27, 2015 (UTC)

By the way, I noticed in the official contest blog you brought up that you have been doing a lot of research work. If it could benefit the team, would you care to share it with us? MrDupin (talk) 12:25, September 28, 2015 (UTC)

Review of "Another Kind of Evil"

Hello, I have just finished a re-write of a story that you reviewed for me. I believe I was fairly successful in incorporating your feedback. I would be very appreciative if you were able to give it a another look. http://creepypasta.wikia.com/wiki/Thread:499303

Saw you mention to Dup about possibly sharing your notes with everyone. I, for one, would be interested in seeing them. Shadowswimmer77 (talk) 12:29, October 2, 2015 (UTC)

You reviewed my very much long story 'The Great Occam Cobb' quite a time ago. Unfortunately, I was not able to address any of the feedback you provided at the time due to my schedule. I wanted to thank you again for taking the time to read my story knowing full in well its length was long. I appreciate your comments very much. With that said, I finally had time to make revisions based on your critiques and would like to ask if you could review my story once again. Thanks again for your time.

Hey, a while ago you helped me a BUNCH with my television story on the Writer's Workshop, "Stay Shunned". I actually changed a lot about the horror aspect of the story and I finally published it to the wiki if you want to see the finished product. ----> http://creepypasta.wikia.com/wiki/Stay_Shunned I also wanted to let you know what a HUGE help you were with the writing and editing process. THANK YOU!! I will also begin writing a new story this month, and you can check it out on the Writer's Workshop sometime in the future if you are interested. (It will be called "Eat My Flesh, Flesh of My Flesh") So in closing, once again, THANKS A TON!! Dr. Frank N. Furter (talk) 04:45, October 9, 2015 (UTC)

Hey there. I wanted to give you a quick hello and maybe turn the tables and give you some feedback. So I entered the short story contest and made the top ten and my story is doing pretty good. You were the first review I ever had on a story. Before last month, I had never written anything other than emails. Your insight really took my fledgling story telling to a new level. I just wanted to take a moment to say thank you. --KillaHawke1 (talk) 01:51, October 17, 2015 (UTC)

Now that the contest is over I was hoping to get your feedback on my version of Jeff...I actually used the notes you compiled to help guide my writing and am curious how you think I did. I have it posted over on the spin pasta wiki if you get the chance. Thanks!

Appreciate the in depth review you gave for my JtK rewrite. The contest was a great time and I had a lot of fun doing it, but enough can't be said of the work all you judges put in. Thanks again! Shadowswimmer77 (talk) 03:42, January 17, 2016 (UTC)

Hey, I finally posted an update of Not Safe do you want to check it out?

Oh boy, now I have to thank you even MORE

Hey, sorry to bug you AGAIN, but I have some cool news I wanted to share with you. My pasta "Stay Shunned" which you helped me MASSIVELY with got narrated but the famous YouTube creepypasta narrator CreepsMcPasta! Needless to say, I probably wouldn't have gotten my pasta to a readable point without your help, so once again, THANK YOU!!!! Here is the link to the video: https://www.youtube.com/watch?v=XxGBsB0AExQ Dr. Frank N. Furter (talk) 04:08, February 23, 2016 (UTC)

How have you been? I haven't spoken to you in a while. Sorry about that.

I have been putting off revising Popular and my other stories. I have thought about going to the local library and printing it out. I probably have to narrow which version that I should use, right?

Will I Regret It

I need to stop procrastinating

A Creepypasta That I Have Been Procrasting With

I've been putting this creepypasta off.  I am finally getting around to it.  I might post it in the Writer's Workshop later on tonight or possibly tomorrow.

Can you review it once it's up?  I'll give you a link to it once I am done.  Is that fine with you?

Retrieved from "https://creepypasta.fandom.com/wiki/User_talk:Oaura?oldid=1198399"
Community content is available under CC-BY-SA unless otherwise noted.