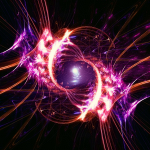 Hi, welcome to Creepypasta Wiki! Thanks for your edit to the Alone page.

Please be sure to read all of the Site Rules, as it is important to follow them. Failure to abide by them may result in your account being blocked.

The Rollback of your edit

Okay. PG101, It's time for a quick talk. You're good editor, so don't let this discourage you, but I have to give a customary schpiel when a user makes a questionable edit.

If you want, I can leave the template that admins usually use for this below.

So. Straight to the point. You made an edit to the article Just a Blackout. Some of it were good edits, such as changing viscous to vicous, but certain edits, such as changing 'was sure she couldn't confirm good news yet' to 'knew it was too soon to relax'. It was a good change, but at this wiki, conserving the original author's work, and what they intended to happen with it is a priority. So, try to keep from changing wording to a minimum.

That's it. Good luck with your editing. Message me or an admin if you need anything.

They already got the message that you left on on one, leaving the same message on all of their requests comes off as pointlessly incendiary. I deleted this one as well and the next time you leave the same message/same styled message, you will be given a temporary ban as it's bordering on harassment now. EmpyrealInvective (talk) 23:17, February 20, 2017 (UTC)

I normally leave the warnings to admins, but I feel that due to your recent conduct towards ThisisLucid, I feel I need to step in.

So, you have been harassing him in the comments over his idea for a creepypasta anthology. First off, this is not accepted, as bullying and harassment will earn you a ban. On top of that, you have been unnecessarily caustic towards him through expressing your opinion on his, and I quote, "terrible idea". So, with this in mind, I implore you: stop harassing Lucid in the comments. You do not want to get a ban, but bullying like that is not tolerated.

Don't mean to be condescending, but it would do you good to begin checking the timestamps of comments. If a comment was posted before one you already replied to like that, or you are not seeing comments such as this one from the past two weeks, it is likely the user stopped.

I hope you take this to heart and stop attacking other users.

Deeply sorry about that, mate. Empy got to it first.

No problem, that being said, you already left a message on one of their comments. Going to each one and leaving a re-worded invective really seems excessive. As for the banning system. Banning someone is a way to mitigate damage while enforcing the rules. It prevents users from editing stories, sending messages, commenting, etc. as a means of preventing further damage and serves as a bit of a time-out in a sense. You don't ground someone by sending them off to play video games, Skype with their friends, and do meth in their room (I had a weird childhood). As for extenuating circumstances (I have yet to see an actual hacking where someone spent the time to guess/steal a user's password and get up to shenanigans), they're generally unlikely but the admin can be messaged offsite (Most admins have Trollpasta and Spinpasta accounts elsewhere) and notified. We tend to warn a user before we ban and our messaging system notifies users once they have a message so it's generally a matter of checking once you see that notification.

A final note, I blocked your alternate account as it's against our ToU to have multiple accounts and advising you to wait the day until your account gets unlocked. If you feel like you have to send me a message, you can message me through the Spinpasta or Trollpasta wiki. See you around in a couple of hours. EmpyrealInvective (talk) 13:56, February 21, 2017 (UTC)

Saw you messaging Derpy. Thought I might charge in and offer my useless opinion 'bout your suggestion. Sorry if I'm being rude.

The opening page isn't big at all. That says something 'bout newcomers. At the top you can see, in this order, a polite note 'bout the rules and the quality standards and the Spotlighted Pasta. In the same order, up to around 10-15 new stories on average are posted here daily, often by newcomers. In most cases they're promptly deleted, showing most newcomers didn't take those 'standards' too seriously. Often those newcomers, if they even remain here, will either: blank pages, create blogicles, add nonexistent categories, re-upload deleted stories or add unfinished/blacklisted/spam stories. All of those are against the rules.

The current spotlighted pasta has 24 comments, remove 12 from before being spotlighted and 3 from the author himself. That's 9 comments in 22 days.

My point is, we could literally add a big pop-up with big, bright letters "PLEASE READ THESE QUALITY STANDARDS, RULES AND ADVICE BLOGS" and most people might would still find a way to ignore that while people who actually give a shit about those things will eventually find them anyway. Then again, this is only my two cents.

Thank you for taking the time to read Pasta Noir. Your comments meant a lot to me. It's the only story of mine that ever really got many comments. I was once very active here but felt my work didn't get much recognition. However, I still check the comments of my stories now and then. Thanks again, made my day. Blacknumber1 (talk) 05:44, February 27, 2017 (UTC)

Hi! Wanna review this? I noticed most of your comments are reviews, so I thought maybe you might review this. They got helmets on they heads - BUT I GOT A WATAMELOAN INSTEAD! (talk) 06:55, March 12, 2017 (UTC)

Retrieved from "https://creepypasta.fandom.com/wiki/User_talk:PG101?oldid=1265713"
Community content is available under CC-BY-SA unless otherwise noted.