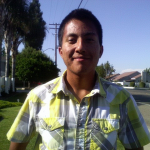 Hi, welcome to Creepypasta Wiki! Thanks for your edit to the Dead End... page.

Please be sure to check out all the Site Rules, as it is important to follow them. Violation of these rules will result in y If you upload OC (Original Content; something that you wrote instead of found on the internet), be sure to tag it with the Category:OC category AND add it to the User Submissions page as per the rules. If you mark a page as OC and do not add it to the User Submissions page, you will be warned first then blocked from editing for a day the next time it happens. The OC tag will also be removed. The same thing goes for putting a page on the Submissions and not tagging it as OC. This does not count as adding it to the Article Listing, though. This is an extra step for OC.

Pramirez351 we need to talk fast!

holy shit my Detective Vonarch was so wrong it just went completely off the topic, holy fck man... Why couldnt i notice it when im writing it, geezzz!!!

Anyway srsly, thanks for ur constructive criticism, I srsly nid a big slap in the face sometimes to make me realize that I just fcked things up lol

Anyway, if you're feeling free, you can browse my Vonarkh again, I've almost remake the entire thing, considering how absurd it may sounds to be when a reader's reading.

I DO BELIEVE THANKS ARE IN ORDER

-Bats at your head-

You do not speak of my sig like that. Loljk.

Sorry Pram... .... I didn't really heed your warning... I'm kind of angry at myself but I'm planning on not joining chat anymore because of how it is run here... I've had a history of this wiki, I should've never rejoined... but sorry if I'm not rejoining chat anymore... I was banned for sending a yaoi pic link to Rylee... in main... eh yeah so bye!! 05:48, July 18, 2013 (UTC)Diamondzarebright (talk)Diamondzarebright

Oh gosh, sorry about that Pram! I sort of fell asleep and one of my finger must have been on the nine key and I was pressing stuff in my sleep. Thanks for kicking me, though. Who knows? Maybe my sleeping self would've started typing in tongues? Lol, but seriously, sorry. The Mysterious~Dead Magic89 (talk) 13:02, July 20, 2013 (UTC)

I think I did pass out or something. Because I was wide awake and not even tired, then I just woke up at 5:15 this morning to see that I had accidentally walled the chat. I mean, I was so awake, you could compare me to this "O)_(O".

You deserve to be mod bro.

I'm so sorry I left so suddenly earlier today!! My laptop overheated and just dropped dead and I couldn't get it back on. But I wanted to say thanks for your help, I really really really appreciate it. You helped me a whole lot, so thank you very much :)

o! i understand now! sorry i say that. im not meaning it. i was talk about chris brown. i understand. i would have new if you ban me earlier that why i act like im not know. also i dont get warning? what ever thanks for understanding. Amorax (talk)amorax

Later, Pram. I'm leavin. If you're interested in any info or whatnot, my E-Mail is: JackKrauser1140@yahoo.com

If you've got a skype, mine is: SociopathicCompanionCube

do you like resident evil?my fav character is leon

im just wondering why i got banned from the chat page. if i violated a rule, i apologize-this is my first day on this wiki

i just want to know why i was banned from chat. i apologize if i violated a rule- this is my first day as a member on this wiki.

i see what you mean. its just that i dont feel i deserve a ban, because i said "jkjk" as in i wasnt being serious. Thanks for the info, however, and clearing that up

I got banned from the chat program. Do you know how long i have to wait to join back onto the program. If not then it's okay

the message i just sent you was meant to go to a new friend of mine. but if you know how long it takes to wait out a ban please tell me.

P.S. the p.s i sent in that letter... can you tell Rylee that for me... Please and thanks

Can you fix my chat ban? I should be unbanned by now. O.o I miss you guys. I'll behave, I swear. :( ~SmileKidILoveYou

Just thought I would say hi, I would continue about how much of an awesome friend you are and a great mod, but you probably already know that stay cool and keep listen to dubstep Sir_Captian_Ginger_Face (talk) 03:50, September 19, 2013 (UTC)

UNBLOCK ME FROM CHAT.

Sorry, I can't text you today. I left my phone at home. UGH! I'll be on chat periodically, so message me whan you get on there. ^-^

Okay. And for clarification, I am just asking them, not forcing them to. ~~RPFan

Please don't hate me. I'm sorry. Text me when you get this...

You should've banned me. I didnt do anything wrong. I think you should reconsider and unban me. Thank ypu

Why was I banned?

In what way, shape, or form was I being racist. I said that because Jim was talking about how he didn't like christians because they killed so many of 'our people.' Then when he said he was German I reminded him that the Germans killed millions of Jews. I called him a Hipocrit, because think about he was saying he hated christians because he killed so many germans and all I did was say that the germans also killed millions of people. In my opinion I think you may have banned the wrong person. (I origanly thought you made a typo and banned me by mistake) EDIT: I just want to say. I hope I can be forgivin. I did not mean any harm, but It's clear there has been some done. I'm sorry. TheOperator 12:21, December 10, 2013 (UTC)

I did a terrible thing... I guess you were right, sorry for my attitude

I would understand the ban but Ithink you may of taken it out of proportion. I  simple said 'AHAHHAHAH GAY SEX' There was nothing wrong about it, It was not meant to be bad, there were mods and admins on. They didn't think it was bad. I think maybe you are overlooking it. At the very least can you reduce the ban, I think there are FAR more severe cases of people breaking the rules. EDIT: Here is a picture showing that It was not directed at anyone or in way offencive I simple just said haahah cowboy gay sex (it is from family guy) I just said it to make a friend laugh because it was simply just random and onorthadox which is why I said it just as a joke. Not a bad joke It was in no way offencive anyway here is the picture http://postimg.org/image/jzmycqjmh/ EDITEDIT: Boogie Norman was looking through the logs (me) and I noticed this http://postimg.org/image/pxklttv4j/f96512d7/ I don't know if you were implying I said 'RAUNCHEY GAY SEX' but I most certainly did not.

I just wanted to say, just in case in the future we are put into fight to the death and we have to brutally slaughter eachother. I just wanted you to know..*Sniff* You're good in my book pal (That book happens to be amazing). You're like, my 69th favorite person, and that's saying a lot man. So if we ever have to slaughter eachother, or hate eachother, I want you to know. You're a beautiful great guy anyway..

Signed with love.. BrokenSquid (talk) 08:58, February 13, 2014 (UTC) XOXOXOXO (Those stand for hugs and kisses manly things, because I love you think your cool.)

P.P.S  I wanted to include this picture of manly things to assure you we are only slight pals.

You were supposed to ban me for 'Drunk Tank' Not stupididy. Silly. anyway imma go sober up tanks mate

Hey Pram, hope you're doing okay. So... what's up? I just stopped by to tell you something. I'm gonna be leaving the place (yeah, the whole wiki). There's no use for me being here with a destroyed reputation. Maybe I'll just start over. Don't worry, this isn't the last time we're gonna be talking and me sending you something.

Just live the moments I won't be living on in the future (jebus, I sound like I'm writing a suicide note) and just be happy. Talk to Lei for me whenever she's feeling down and everything (hint hint: you might wanna talk to her about this). You've got more and I have a lot less to lose.

You've been a real friend and a great role model everybody can look up to. I hope you find someone 'better-minded' than me. You've helped me everytime there's more weight being put in my shoulder. Now it's my turn, I'm gonna be easing the things in your shoulders once and for all. Don't think this place is gonna change without me 'cause it sure as in the name of every thing holy it won't. I'm gonna be missing you and I'll be cherishing every single memory we shared.

Yer the only mod online right now, so I'll ask you.

Heya Pram, Weaver here, in case you've forgotten. I requested a ban from Agner a little while ago, and now that things have happened here, I wanted to know if you'll un-do it for me. Willow (talk) 07:39, March 10, 2014 (UTC)

You will need to reapply.  ClericofMadness (talk)

Pram it's Weegee, I was wondering if you can make another chat story involving LOL/Kill1mes and me, I liked the first one and it can be a sequel, if you like the idea or not please message me Luigifan100 (talk) 02:58, April 7, 2014 (UTC)

YOU'LL NEVER SEE ME UNTIL ITS TO LATE

Well... unless you notice my awesome red hair from a mile away...

To tell ya the truth, I never had that issue before I was VCROC(K) or admin and I think you probably got enough english skills to make educated decisions. Use your best judgement though. If you're on the fence about a story, leave it M4R or let one of us know if the quality is abysmal/cliched. Just make sure all the problems are fixed on a pasta before pulling the M4R tag as it is there for trying to improve stories or weed out lackluster ones.

Holy shit man, I see you've been on chat a few times (saw on the chat bar) I'm so annoyed that I couldn't go in and talk to you. I've been banned for a month, but I'll be back on the 30th.

Hi there Pram! I hope you had an amazing Christmas and New Years! It's been a long time since we last spoke, so I hope all is well with you and that you have an amazing rest of the month! Luigifan100 01:18, January 27, 2016 (UTC)

Retrieved from "https://creepypasta.fandom.com/wiki/User_talk:Pramirez351?oldid=1168939"
Community content is available under CC-BY-SA unless otherwise noted.