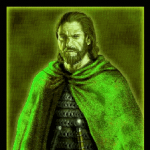 Hi, welcome to Creepypasta Wiki! Thanks for your edit to the User blog:Underscorre/Jeff the Killer Rewrite Contest! page.

RE: Questions for JTK Judge

1) There will be three JtK stories on the wiki.

2) There will not be similar contests in the future.

The website we're currently using has been working fine for us so far, and I'm not sure why you think it wouldn't do. The most that all these websites can do is store IPs and browser settings, and place cookies on users' computers to say that they've voted, none of which are difficult to implement. That's likely what 99.99% of these poll 'sites do to prevent cheating, since there's no other way to do it. Switching to another website would likely not change anything.

Additionally, your promotion of another poll 'site seems like advertising to me, something prohibited by the Terms of Use. Be aware that if you appear to be advertising on this wiki again, we will have to block you indefinitely.

To add to what Underscorre said, both sites use an IP address check and a cookies check. They are both free, but if we bought the premium version, polldaddy would have been the better option. Polldaddy does though show some more statistics, but they are useless. So, yeah, we won't use a site just because one user had problems with it. MrDupin (talk) 11:32, November 29, 2015 (UTC)

Unfortunately that comment turned out to be incorrect. Long story short, false advertisement by EasyPolls.

"Thanks for the detailed answer but I dont see what the problem is because it cant be that hard to not use cliches when writing and I could probably do it. When you say they were deleted for reasons other than quality what are the reasons?"

I scanned over your bio before coming here and I believe I have now found the roots of our miscommunication. This is kind of a thing that is difficult to understand without having been here prior to the removal of the chat mechanism on the wiki. Essentially, I'm going to provide some context to help out here.

Also, as a side note, I'm not an admin or anything. Just an average user, quoted as being 'inconsistent' and 'new'. I'd seriously consider getting another opinion from one of the many different admins, as they are way more informed than I. Once again, this post should not be taken as the 100% 'this is law' truth.

My Disclaimer, Because I Know I'll Need It

Before I go any further I'm going to say the one thing I tell people I don't think I know. If you are thin-skinned, do not read this post. If you somehow take offence to the text below, despite the fact that none of it is directed at you or anything you have done, I will not be taking snide remarks. At the moment, I'm being eloquent with my words. Anything said in this post is purely based on opinion and experience (of which, I have a lot).

Long Explanation that You May Not Want To Read

Believe it or not, the Wiki has entered into a calm period at the moment. It used to be flooded with '[insert name here] the Killer' stories on the calibre of 'Clockwork', 'Nina the Killer' and many others that I care not to name. Jeff the Killer was a very popular story and it set a bad example of how a Creepypasta should be written (if you've read a few of the 'Lost Episode' Creepypastas that copy and paste Squidward's Suicide and just change names and setting to relate to another TV Show you'll understand). It's very existence encouraged others to write all of these 'killer' stories that all followed a little methodology dubbed 'The Jeff Formula' (cause it's a completely different character if an '[insert name here] the Killer' character can throw fireballs) in the pursuit of fame and success. Moving back on topic, however, a lot of people aren't very fond of 'Jeff the Killer'. I'll provide a link at the bottom of this post, but a lot of people were opposed to having a Jeff the Killer rewrite, primarily because it involved Jeff the Killer but also because it may attract his large fan base of '[insert name here] the Killer' writers back to the wiki. In that post you will be able to view many a reason for and against the contest, and it should help you formulate a more informed opinion on the topic.

I'm sure you can understand that, as this website prides itself on being a literature website for quality works, it becomes quite a hassle when having to deal with poorly written '[insert name here] the Killer' stories and the livid authors who are too upset (and arrogant) to admit that their story really wasn't good to begin with (and then they lash out at the mods and admins who work tirelessly, without profit in mind, to keep this site running smoothly for all of us readers and writers).

It's become a misconception in the Creepypasta writing world that copying an already existing Creepypasta will procure fame and success, and that is one of the main problems with allowing popular but poor quality stories on the wiki. People seem to believe that adding specific characters in their stories will attract attention and fame. Hence why it is important to moderate the wiki's content.

All of the popular stories rose from nothing and were recognised because they showed readers and viewers thing they had never seen before. BEN DROWNED started off as an Alternate Reality Game, Jeff the Killer started out as a mere image and Slenderman was born from a Something Awful Forum Thread. All of them were new and had never been seen before and that's what left an impact on the readers/viewers, not narratives that follow the same cliches, tropes, characters, plot and (essentially) story.

I'm reading this back and seeing it go a little bit rant-y. So I'm going to redirect my focus to the point I was trying to convey: no one wants to read multiple stories about the same character and plot. If the wiki kept accepting a multitude of Jeff the Killer stories (or any other piece like it), despite the fact that they may or may not be well written, no one would want to read them (redundancy) and it would get incredibly annoying over time. It would also set a standard for writers as 'this is how you write a Creepypasta' and nothing new would ever be created.

(Now this is slightly directed at yourself, and I mean absolutely no offense. I'm saying that in case you, by the power of dark forces beyond our control, take offense to this post or see it as an attack; it is not.)

I know you have your heart set on rewriting Jeff the Killer and Eyeless Jack (and probably countless others), but it's been done (and it's been done a lot). Let the dead sleep; there is no use beating a dead horse to make it run races. I would strongly suggest that you pool your effort into something else. You could literally write a story about a murderer/killer, it's not blacklisted. You don't have to rewrite Jeff the Killer or Eyeless Jack. You don't have to be bound by the controls and constraints of either story. Who knows? Maybe your story could even be the next great murderer/killer story?

I hope this helped.

Good luck in your writing adventure!

I would advise reading the comments of the above thread, they're an accurate depiction of the for and against argument in regards to rewriting certain Creepypastas.

I like Your Profile Pic And Ticci Tobi and Jeff R Some Of My fav Pastas Too...:)

Retrieved from "https://creepypasta.fandom.com/wiki/User_talk:Rekya1994?oldid=1234834"
Community content is available under CC-BY-SA unless otherwise noted.