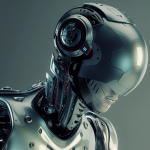 If I ever break or rebel against any rules pertaining to the Wikia Guidelines, or submit any pasta not up to quality standards, I will take full responsibility for these infractions and accept the punishment dealt with.

If you attempt to be an ass at me, or be offensive and speak in vulgar tones, I will either ignore you, reply with a "did you stuff your head in your asshole" type of response, or contact an admin to sort out the matter.

I've archived it for you. Have a good day!

To remove a category, simply bring the story up in the editor and click the little trashcan beside the category you want removed (they're in the menu to the right). Also, if you're in source mode, you can actually see the categories listed at the bottom and remove them like you would anything else.

New Tobit chapter, Tobit: Brothers and Sisters is up and posted. Please check it out!

You mentioned finding some technical errors in my last story. Could you possibly let me know what you found that didn't quite add up. I would love to be able to address any such issues while the story is new.

I appreaciate the support.

The category one is a bit of a loaded question as the Kafka category has the least, but it's not really a category that can grow. Here's the list and their numbers. As for Laughing Jack's deletion and move to the Creepypasta Classics wiki (apparently resolving the conflict), the story had been getting a lot of comments about the low overall quality (cliche elements) of the story and that eventually moved us to remove it due to the fact that it really doesn't set the standard/quality of stories we are looking for and sets a less than desirable example for aspiring authors. EmpyrealInvective (talk) 04:57, August 30, 2015 (UTC)

Hey, can you check out my latest pasta please, Queen Justine and the Cutest Little Shing. Thanks, really appreciate some feedback.

That you added From Deep Within to your favorites list. I am touched, as this is sort of a rare occasion for me. Thank you (=

Why certainly, I'll take a look at it.

RE: Message on Emp's Talk

I think I already told you this in a comment, and I don't mean to brag about it, but remember when you said that you can't make a minecraft pasta. Well, I've come to prove you wrong!

P.S. Sorry if I was being a bit brash in this. I'm just so proud of my work!

I think I saw a few people at CC having the same issue. It's part of the update that was rolled out on the 16th, it's meant to alert users who haven't added an email to their account, but seems to be affecting all non-confirmed users. Try re-sending the confirmation email via your preferences and waiting a an hour or so for the email to get sent (sometimes Wikia's servers lag). If that doesn't work, let staff know via Special:Contact, they'll be able to email confirm you.

It was on this wiki because likely no one marked it for review or deletion. Remember that all admins aren't familiar with the 11,100+ stories on the site and could always use help from the users if there's a low quality story circulating around. EmpyrealInvective (talk) 00:13, September 23, 2015 (UTC)

The Fresh Prince of The Blog Badge

Yo Fusion! What's up? As for me, I'm chugging right along in my pasta reaching 11 chapters as of this message! Wooohooo!

Speaking of pastas, here's some potential pasta material. I've been on the Wiki since January. When I wrote my first blogpost, I didn't get the "You Shouldn't Have Done That" badge. However, after 9 months of writing blog posts, I just NOW got my blog badge. Scary huh?

What's the longest Creepypasta you can think of? Just wondering.

My pasta is now 12 chapters as of this message. The samurai appears again in chapter 11. Yay! I got it to work in the story but here's what I have for chapter 11. Context: In chapter 10, Kristy had met a boy named Hotaka who lives in her neighborhood. They go back to Hotaka's house to talk and Hotaka tells Kristy about the legend of the samurai girl and invites her to play a game of Kokuri San with his friends later in the week. She says yes and goes home.

The next scene showed Kristy and Hotaka sitting under what looked like a cross between a table and a blanket. They started talking about various things from both their cultures, which led to Hotaka asking Kristy if she has heard about the legend of the samurai girl. "I gotta be honest, I haven't heard of that legend." Hotaka began to tell Kristy about it and as soon as he said the words "Well, you see", it immediately cut to the outside of his house with an orange sky in the background.

The episode shifted back to Kristy and Hotaka. Only this time, Kristy had a bit of a surprised look on her face. "Speaking of samurai girls" Hotaka began, "Me and my friends were thinking of playing a game of Kokuri San in the forest near our school sometime this week. Would you like to join us?". Kristy thought about it for a moment and happily accepted Hotaka's offer.

When I got to the scene where Kristy arrived at her house, I heard a crash coming from the closet that made me shiver a bit. I immediately paused the episode to investigate. As I opened the closet door, I saw that all the coat hangers had fallen on the ground. Seeing as how my curiosity got the best of me, I looked around my closet to see what had caused the hangers to fall. To my surprise, it seemed that one end of the wooden rod had fallen due to a rusty support nail that had snapped in two. I breathed a sigh of relief and exited the closet.

Just as I was about to hop up on the daybed, I heard tiny footsteps coming from the bathroom, which was right next to my room. "Huh... That's strange." I thought to myself, "I didn't hear anyone come up the stairs." Thinking somebody had broken into the house, I grabbed a large wooden coat hanger and made my way towards the bathroom.

As I opened the bathroom door, I ran in and checked every possible hiding place. When my search came up empty handed, I proceeded back to my room. While I was just about to shut my door, I once again encountered the shadow figure as it glided along the wall of my brother's room across the hall. This time however, it seemed to be more detailed. Along with the trapezoid headgear, it now had thin crescent horns in the middle of the headgear and rectangular shoulder pads. I hastily gasped and slammed the door shut. I started to hyperventilate for a bit as I locked my door and made a break for the daybed.

Could you check out my story I have written in WW and let me know what you think. I am thinking about using it for the contest. The title is Bedtime for my Daughter.

New Tobit story is up: Tobit: The Lady and the Maiden of Knowledge. Check it out please!

I can lock this account if you want, as for deleting every edit you've made, that's a bit excessive as that's 500+ separate edits (a number of which would need to be done manually as there are proceeding edits) that would take quite a lot of time to perform. I would just make a new account. EmpyrealInvective (talk) 23:46, May 23, 2017 (UTC)

Retrieved from "https://creepypasta.fandom.com/wiki/User_talk:RisingFusion?oldid=1412797"
Community content is available under CC-BY-SA unless otherwise noted.