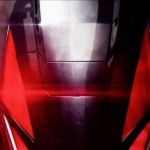 Day 1: hi im josh and i live where the crime scene is of this 'tails doll' i thought nothing of it since i am a happy man for getting a new house even though my family chucked me out i didnt think of the tails doll curse but i did find a disc on my bedside table it said 'do not use this if you want to live' i chuckled a bit since i was a big sonic fan and i wanted to play sonic games sooooooo bad but i chould not play a game since it was late at night so i got in bed and went to sleep

Day 2: i woke up feeling cold air i swear i closed the window last night then i looked at my alarm clock and it was beeping it said 01:00 on the time but i went back to sleep and then i woke up it said 7:20 in the morning and i went to work ignoring the sound i heard so then i got back and played sonic r but then i went outside and looked in the mail i saw a cd disc said 'tails doll' not with black marker but with a pen and a note saying 'play at your own risk' i was shaking a little bit in horror but then i put on my beside table and at 12:00 i got into bed and had a good sleep

Day 3: wow i just woke up and saw my window open even though i closed it i was very creeped out and went to sleep and woke up at 7:20 again but then i went to work then i saw what seemed to be a tails doll in the playground with the other little kids they ignored him but when i looked away and looked back the kids were gone and the tails doll was still there after i got home i heard somthing like a thumping noise when somone walks in a house i got my bat and it was that doll again but then i threw it out of the house and closed the door and locked the windows and the doors then i went to bed and yet again the window was open i went to sleep

Day 4: i woke up and it was 7:30 i was late for work i got back home after hours of working then i went to try this 'tails doll' disc i inserted it and it installed all of the data so then i saw tails doll.exe on my desktop i went to click it then my screen went black then i heard a kefka noise then poped up tails doll in the ring where sonic was suspose to be and then sonic poped up he was scared then when i pressed enter the tails doll killed sonic and then i was on misson 1 the title was creepy even though my mind got the best of me i played the misson i played as super sonic and he had no eyes i was flying though the level then tails doll poped up and lunged at him then i heard sonic screaming then the scream ended and then a message box poped up saying 'do you want me to kill you josh!' i was creeped out he was talking to me and he said my name after playing it i reached the last misson misson 5 the title was 'times up josh!' so then i played as myself? i was confused then tails doll luged at me and he teleported alot then when i triped on a rock he killed me then a scream was heard then my computer shut itself off my friends went to my house and they asked what the hell was going on

the police serched the house and nothing was found

if you find a disc with tails doll it

Hi, welcome to Creepypasta Wiki! Thanks for your edit to the User talk:Roberttheawesome2545 page.

You have been banned from the chat for 1 Day For constant spamming all day, despite constant warnings,  Also Please leave a signature when you message someone on their talk page by Typing ~~ ~~ without the space between the four

Retrieved from "https://creepypasta.fandom.com/wiki/User_talk:Roberttheawesome2545?oldid=716327"
Community content is available under CC-BY-SA unless otherwise noted.