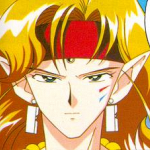 Update on Site Administration Categories and Templates (Notification to All Admins)

I have been doing some work on some of the site administration/maintenance categories and templates (including creating some of my own) and thought I would create this thread to make other admins aware of these changes.

Note that the time you input has to match the time of the deletion poll you set up on the Talk page. So if you were to make a 2-day poll, you would put "2" for input 1 and "day" for input 2.

The "Flagged for Deletion" category is automatically added via this template.

The "Unfinished Page" category is automatically added via this template.

Made Cleanup category and Template:Cleanup.

I made this primarily because the User Submissions pages were a mess and I needed to make a category to keep track of the ones that needed cleaning up.

How to use the template


The "Cleanup" category is added automatically via this template.

Modified Template:BAD so that you can alter the number of days in which it will be deleted. To make it display the standard three days, input:

I have also made it so that VCROC members can add or remove the "BAD" tag.

I suddenly disappeared from chat last night because as soon as  I started playing Kim Jon Il's theme song, my mom dashed in my room, tackled me, and took my laptop away.  I'm starting to think that North Koreans aren't the cruel ones anymore....  Evra The Kid

I was thinking we could make a category for stories written by SlimeBeast, perhaps make it a subcategory of Suggested Reading. What do you think?

I was thinking we should make the penalty for creating new categories and maybe categories violations less severe, especially now that pointsgaming is obsolete. It seems to me that the whole "new categories" thing is more a failure to understand how categories work than anything, like people think they're supposed to be like YouTube tags or something. Maybe we should let them off with a warning for the first offense. What do you think?

Pssst Oblit I missed you! How have you been? We need to catch up sometime.

Moving out, huh? I am in the process of finding a place to live. Then I will be OUT.

But yeah, I missed you. You need to come back to chat so we can PM eachother one message per hour XD We take our time with responses because of reasons. Nehe. And I hope you got over that sickness of yours smoothly... :,<

Yeah, because this "wiki" is respectful of others opinions and certainly not run by trolls.

But then I come over here, trying to get into a system...until I figured that system is broken and run by immature teenagers.

Look, I can fucking tell when I've made a mistake. But you're getting angry over one freaking post?

Wow, I really want to stay here as a user! With all the shitty spinoffs, awful grammar, and people who can't accept someone who disagrees with there petty opinions.

And please, anyone who's not involved in this don't send me a message on it, I've got enough BS to deal with as it is.

Seriously, if I had a penny for every "TEH ADMINZ ARE FACIST BULLIES BAWWWW" outburst that were hurled against us every day, I'd be able to retire to Switzerland and bathe in Perrier every single day while driving a gold-plated limo and lighting Cuban cigars with hundred-dollar bills. SLENDY, MY PEBBLES! (talk) 20:57, April 13, 2013 (UTC)

Why...do...you.. keep insisting on making the two of us look like complete idiots?

I saw that you published both Funymouth and Abandoned By disney to the wiki and I wanted to ask, who is slimebeast if you made the stories , then  Slimebeast wouldnt have made them, so who is Sliimebeast.

I just wanted to know

Listen, could you enter chat in about half an hour? There is something I would like to talk with you.

It's not funny in chat. It's funny in Trollpastas and in butthurt messages. Also, I get a kick out of it. :P

Hmmmm...you do have a point, but I think a permanent ban would be a bit excessive.

I'll give a lesser ban.

I added a few sentences to the end of this story, as it seemed incomplete. I really liked the story and the way it was written, until the ending (which really didn't seem to be there). If you don't like it, feel free to put it back as it was.

Hey, I'm not the original author of the page (Magic) which was deleted two years ago, so you might not remember it. Anywho, I was thinking that Magic would be a nice name for a pasta I would like to make, and I just wanted to get your okay so it's not deleted for recreation of a deleted pasta.

(I'm going to do a completely different story than the original, obviously)

I hate you is one of the best mario creepypasta's ever and you think it's the worst pasta ever well the shit stinker is cry baby lane so bring back I hate and remove cry baby lane. NOW

Are you the Slimebeast guy everybody and everyone has been talking about lately?

Man, you have potential to revive the Creepypasta genre itself!

Hello sir. You made This Story. It has come to my attention that the original author is below but not linked to. Would you mind showing me the link to his/her website? Much appreciated.

Retrieved from "https://creepypasta.fandom.com/wiki/User_talk:Sadofreedomist?oldid=1264349"
Community content is available under CC-BY-SA unless otherwise noted.