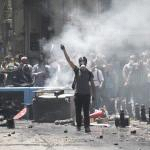 Hi, welcome to Creepypasta Wiki! Thanks for your edit to the User talk:Esoteric Entity page.

For all you know, I could have been saying "fagin," or one who teaches crimes. I intentionally didn't finish my sentence, anyway. >_>

Here's something for you to think about: why are people allowed to have signatures like yours with a profanity in it, but  a person can't say a word that's tossed around so often on the internet that it has lost its effect, especially when it isn't being used to be hurtful (it wasn't in this case)? I've never quite understood why that is.

I seem to have lost my pasta called Travelers Tales: The Screamers after recieving a warning from you about the title. I know not what about and now my pasta is gone. Please clarify the situation, I don't know why this is. And please send me a link to my lost pasta, if it even exsists anymore. Thenk you.FortunePayback (talk) 18:16, October 23, 2013 (UTC)FortunePayback

I was on Disney Chat when it was invaded, and after Brandon Rhea (it felt like meeting a celebrity. He is so nice!) left, I asked one of the chatmods what Creepypasta was anyways. I was told it's something I don't want to see in my dreams. So I came on here today to see what was going on Chat in this wiki, and found I was banned yesterday, even though I've never came on here until now. Why am I banned? And how did you know of my existence? I've heard of Creepypasta Wiki, but never went on here. -- InspiredAndNatural (talk) 17:05, November 16, 2013 (UTC)

well i did it but i dint know why it was deleted. well see ya soon —Preceding unsigned comment added by Princess aramina (talk • contribs).

It definitely has been a long time! I've been away finishing up exams for college and all. I'm becoming more active on the web again, so hopefully you'll see me around more. Thanks for keeping in touch. Not many internet friends do that with me. Seems I'm easily forgettable. How have you been? YakuYabai ∆Talk∆ 10:17, November 25, 2013 (UTC)

So I edited the background to another picture but that still did not solve the issue The Prodigy 02:08, December 13, 2013 (UTC)

Re: How have you been

I've been doing great! I've been really busy for the past couple of weeks doing Weapons Qualifications with the M4, M320, M240B, and M2 .50 CAL at a military range near Eilson Airforce Base. This past week, I completed the Fort Wainwright Gimlet Team Leader Course, so I'm pretty proud about that because it sucked so bad. It was one of the worst weeks of my life, but I did learn a lot. Now, I'm just relaxing in my warm room instead of sleeping outside in -20 degrees F.  Now that I'm back, I'm going to wirte at least one new story, make a couple of videos for my Youtube channel, and maintain vegan activism. :) I'm so glad that you kept in touch! That's just awesome. Seems your user name is quite... charismatic? lol No, it's hilarious. Anyway, how have you been? I wanna know what you've been up to! ('~') YakuYabai ∆Talk∆ 22:57, December 14, 2013 (UTC)

Hello. This is CynicalCresil, aka, someone you banned.

I am just sending you this message to tell you that I was not meaning offense when I said "Gay Drummers Get Gayer 7". It was a joke some of my friends from earlier made up. Being gay, I don't see how it's offensive. If you took offense for any reason, I'm sorry. I didn't know. I wasn't directing the comment towards anyone, if only myself. I just wanted to send you this message so maybe you'd unban me. I didn't get kicked before this, I never got a warning, yoou just banned me for a joke that you apparently didn't find funny. If that other person wanted me banned, they could have just left or told me to leave. I'm sorry about anything that this may have caused.

For the record, I love her with all my heart. But I'm not going to let my parents get in the way of another one of my relationships and force my hand on something I don't want to do. They are all I have right now and if I get kicked out of my house for it, I'll have no where to go, nothing. She doesn't live near me so it's not like I could walk to her house. I'm pretty much fucked either way, regardless of what you say, her religion doesn't bother me. It bothers my parents, and I'm not gonna lie or Make her hide who she truly is because my parents are dicks. There was no other way unless I wanted to end up homeless. So make sure u know everything because I'm tired of this shit. All I said was we needed to keep it on the downlow until I graduate so my parents will let me make my own decisions. Nothing else, I did nothing else to her.then she started treating me like shit. I just wanted to keep it away from Facebook so my parents couldn't find out. That's ALL it was. I fucking love her. I wouldn't give a shit if she was the devils fucking daughter. I fucking love her. But that's just not enough for some people now is it.

your still a jerk

^ This guy decided it would be a good idea to vandalize my page.

sorry for saying the 'G word' in the chat, I didn't know that your weren't aloud. thanks for putting a time of only 1 day on my ban :)

Yeah, so I got banned for using an english slang word for 'ciggerate'.

It was obviously in a joking, lighthearted manner, but regardless I didn't realize it was against the almighty 'chat guidelines'. I actually entered chat, hoping somebody could help me figure out why the site wasn't letting me submit pastas, and some obnoxious tool was spouting off about 'fucking' one of the other members in the room. So again, jokingly, I said " u r huge f**" and BOOM...no help from the community and an insta-ban.

IDK if you, or anyone reading this was on GameFAQ's LUE forum pre-2004, when CJayC was supreme moderater, but for those who were....this is shockingly similiar. I'm not apologizing, because really I did nothing malicious, or personal. I guess this message is my way of hopefully gauging your response(s?) in light of how this site, or 'wikia' is really moderated, and whether or not the community aspect of it all is worth the hassle. Otherwise, I can just figure out what exactly is going on with my computer/this website, and just write pastas.TheOriginalBurg (talk) 04:39, January 6, 2014 (UTC)

Congratulations, you have officially earned administrator rights. I hope you use it well for the good of the wiki. -- Sloshedtrain Talk Contribs http://i1309.photobucket.com/albums/s640/sloshedtrain/universe-slosh_zps6da7cc40.gif 02:40, January 8, 2014 (UTC)

You know you're unbanned now, right. >.>

D: Why am I banned from chat?

I apologise, but this is the only Wiki acount I have ever had. I've never been banned, and I was only kicked from chat once. After that, I had done my best to abide by the rules of the chat and the wiki page as best as I can. The only thing I can think of, is that somehow my account has been linked to someone else's. Again, I am sorry to take up your time with this.

Didn't know it was a Screamer

I was just asking what the anne jpg thing was

Awe come on :c I'm gone for 3 MONTHS and chat is gone. How do I not pay attention during class without the chat :c Anyway, I was wondering what happened, while I was gone. Sorry to bother you, but Trityn isn't on skype right now.

It's been so LONG!

Retrieved from "https://creepypasta.fandom.com/wiki/User_talk:Silverspots?oldid=1129879"
Community content is available under CC-BY-SA unless otherwise noted.