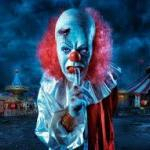 Hi, Syko.  I just wanted to let you know that if you ever did decide to re-write The Pet and needed a hand with anything I'd definitely help you out.  I just really liked that story.  It reminded me a lot of one of my favorite writers: Ray Bradbury.  You are probably familiar with him, but if you're not check out his short story collections Golden Apples in the Sun and The Illustrated Man.  Your story would be right at home in these collections.  Check you later HumboldtLycanthrope (talk) 20:31, March 2, 2015 (UTC)

If you can ever make the time you should definitely read the short story collections Golden Apples of the Sun and The Illustrated Man.  Stephen King cites them as major influences.  It should feel nice to be compared to Ray Bradbury.  It is a great compliment.  HumboldtLycanthrope (talk) 18:00, March 3, 2015 (UTC)

It's been awhile since we've talked, hasn't it? Anyway, I found a really awesome Creepypasta that makes my writing skills look inferior by comparison... Yeah, it's that good! Here's the pasta: http://creepypasta.wikia.com/wiki/Ole%27_Broken_Bones_Pete

I have made a few changes to the pasta since I last sent it to you... I can send you the most updated version I have of it... What was your email address again?

Thanks! I'll send you the updated pasta as soon as I can!

You have less than an hour to finish your pasta!

If you haven't seen it, I'd recommend watching Roller Town (I believe the whole thing is on YouTube courtesy of its creator). It's a movie that's on par with The Room in terms of being hilarious. :) Doom Vroom (talk) 05:19, May 3, 2015 (UTC)

Could you go to the writers workshop and review my story, I Think My Parents Have Been Replaced. I think you will like it

I'm going to start off by saying I did not really care too much for this. The writing seemed bland and there definitely needs to be more meat on the bones for us to know what you're getting at.

"He looked over at his new pet with curiosity mixed with disgust, locked up in its cage. Its eyes were closed and it seemed to be asleep. It was such a weird creature. With pale, lifeless skin and bulging eyes, it was a horrendously ugly being. He walked over to his parents.

"Dad, where did you get this from?" the boy said to his father.

His father turned to look at his son. "Well, you know how I went to the planet MW-003?" The boy nodded. "From that planet, I got this creature. It was the most intelligent species of its planet, and I thought it would be a nice gift for you.""

First off, why in the hell would a father bring home an unknown life-form from another planet as a pet for his son?! I could outline a million reasons why no sane person would actually do this, starting with say, disease, eating habits, possible dangers, etc. It may seem like a nice thing to do, but that just doesn't seem to be the logical thing to do.

"The boy nodded with a forced smile. He didn't like his new pet at all, but he didn't want his father to feel bad. He turned his little head back to his pet; it was so small, it could fit in the palm of his hand.

The boy shook the cage in hopes of waking the creature up. It woke up in a daze, spinning its oddly shaped head around, and then it laid its eyes on the child.

An ear-piercing shriek erupted from the mouth of the animal and the boy covered his ears to protect himself from the irritating noise. The creature stared at the boy as he left to get some provisions for it, and to escape its insufferable wails."

Honestly, going to the first part of the critique, it doesn't seem to like it much either.

This is where I stop quoting things and give you the general run-down of what's wrong. First off, there's the fact that they've got an alien as a pet. Secondly, there's no explanation of where it came from, no backstory. I literally feel no sympathy for any of the characters. The father seems negligent, the mother's barely mentioned, and the child seems like an ass-in-training. The father even seems to know that the creature doesn't like it there. That pretty much screams jerkass in my eyes.

The medicine part seems like a handwave. You've led us to the point of basically saying that it was starving to death, but suddenly it's cured by medicine. That's not exactly a good Deus Ex Machina there.

Then, suddenly the child who didn't like this pet is proud of this pet and wants to show it off. I'll give you credit that it's an accurate representation fo how a child would act, but everything leading up to this point was, well, to be honest, bad.

Now I'm going to explain what's wrong with the ending. You've taken a creature that has essentially no backstory and personified it. Anyone reading probably lost track of what you were trying to get at. Is it supposed to be metaphor for human? Is it some kind of conspiracy? The ending falls flat, and generally, the story was not satisfying. It needs more flesh. More meat. Things need to be explained. Analyzing this story just leaves any number of unanswered questions, and they're the kind of questions you need to cover. Senjumaru Shutara 07:56, July 1, 2015 (UTC)

Retrieved from "https://creepypasta.fandom.com/wiki/User_talk:Sykokillah?oldid=1058336"
Community content is available under CC-BY-SA unless otherwise noted.