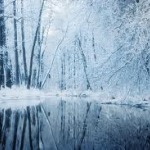 Hi, welcome to Creepypasta Wiki! Thanks for your edit to the Laughter.wmv page.

Hey, thanks for sprucing up the story a bit. I think the idea might come to great fruition soon. I didn't leave a message earlier because I wanted to keep the "illusion", but I obviously know that would be impossible. I am not sure how this "experiment"(a bunch of stories, explanations, and etc.) that lead up to one another will end up as. The Assistant's replacement (talk) 01:14, January 10, 2013 (UTC)

It's my first attempt at a creepypasta

Ho there, The Bitter Cold. It's me, the guy you debated the death penalty, psychology, and religion with in chat. Just dropping you a message to see how you're doing (and so you don't forget me).

Hi...I'm sorry but I'm new here and I have no idea what I'm doing sorry haha.

{{Template:Bannedfromchat}} There's a hole in the world like a great black pit, and it's filled with people who are filled with shit, and the vermin of the world inhabit it, but not for long! 18:40, October 20, 2013 (UTC)

Fagin doesn't have two g's in it, first off, and second, it's blatantly obvious if we heard you talk about Weeaboos that you hate them (although I thought you would know better, given you've seen plenty of users be banned for saying shit like that), and third, yeah, even if you didn't finish it, it's still against the rules.

Any more questions? There's a hole in the world like a great black pit, and it's filled with people who are filled with shit, and the vermin of the world inhabit it, but not for long! 18:54, October 20, 2013 (UTC)

Strangely enough, I find this asked a lot. First off, signatures are on the site, while your violation of rules happened on the chat. Different rules and such.

Second, "faggot" and "shit" are completely different. If you call somebody a faggot who has been bullied before with that name, or even if this is their first time, chances are it will hurt or offend them. But if you go up to somebody and call them a shit, you'll have less severe affects. They might just look at you quizzically and pass o by.

As for the word losing it's meaning, I can say first hand this is a lie. I have a homosexual friend who cuts, and has almost committed suicide over a barrage of slurs like that. I also have friends who were almost as upset over that, just not to his degree.

Oh yes, and the claim it was not meant to be hurtful. Because a word that has so far been only used (with the exception of English slang for cigarettes) for offensive means, was used with no ill meaning? Do you claim to use that word to man a complement instead of an insult? I don't see how it couldn't mean bad.

I think that covers everything.

Anything else? There's a hole in the world like a great black pit, and it's filled with people who are filled with shit, and the vermin of the world inhabit it, but not for long! 19:13, October 20, 2013 (UTC)

And I super-appreciate that, thank you.

Could I get some input?

Well, in all fairness, I had warned you multiple times NOT to use it that much, so yes. In this case, it is.

I SEE YOU OVER THERE, MY MAN.

Im trying to pick out everything i missed and moving a few things around but if you can point out a specific area i screwed up that would be greatly appreciated. GrimdarkVinyl (talk) 09:10, April 9, 2014 (UTC)

A few weeks ago it happened. And thanks.

Please don't post excerpts of The Black Dog and Goat. I removed it for a reason. I know it's only a small piece, but that doesn't matter.

Retrieved from "https://creepypasta.fandom.com/wiki/User_talk:The_Bitter_Cold?oldid=1124259"
Community content is available under CC-BY-SA unless otherwise noted.