aka A FANDOM User

This is a Test

You wanted me to leave a message?

This is for you GOLDEN MOON

Oh goddess, it never gets old. Prepare for PONYIFICATION! 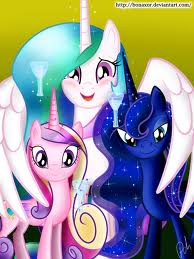 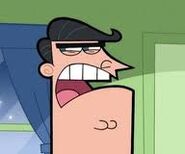 Dinkleberg!
Add a photo to this gallery

Yeah uh... i'm sorry about that dan, i had just woken up from Sleeping-in, and Just let the No more Mod apps thing Get to me, i should of Been a little more level headed i guess. Point is: I'm sorry man. i was being a Dick.

hey weavie . i agree what i did was wrong and fully take responsibility for my actions . how long am i banned for and seeing since this is my first offence and a stupid mistake is there any chance of reducing or revoking it? again i apologize for doing what i did 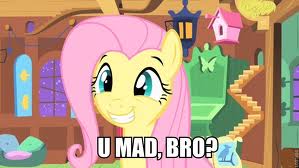 Shit, for got to sign, but while im here... More ponis

Don't you ever think of speaking to me again.

Weaver, I understand that you are leaving, But i for one will miss you eternally, Along with everyone else.

Heh, Its funny, I always saw you going for adminship.

Its Bigger On The Inside  (Hate Mail Goes Here)

If there are absolutely no rules whatsoever during that day, then I'll have to reject it. It is calling for trouble, and definitely a bad idea.

However, if the most important rules are still intact, and the minor ones are the ones waived, then I suppose that it could be done.

Break a young child's heart and slit his throat with the shards. <3

This actually caps off my little spree quite nicely. Gotta thank you for that, yeah. I'd end this with another one of those bullshitting "promises" to be a sweet little boy next time, but, eh. ;D You can't be a pawn without donning the sage robes and taking up the cross. (talk) 22:54, December 14, 2013 (UTC)

Yeah, well. Whaddaya gonna do. Guess rep truly does matter in the game of life. Too bad mine took a deep-sea dive into an ocean of piss. With a cereal box flashlight named Sheila in hand, I can practically move a motherfucking mountain~ ;D

I am currently not wishing to speak to you at all. Making it so it appears if you are not there makes it a bit easier to do.

I can choose to do what I wish when it comes to the global scope. In no way does it directly effect you so you do not need nor have the right to criticize me for it. Prinplat ]Open Source[ 11:50, December 20, 2013 (UTC)

I didn't spread it around silly. And it's not very complex.

Well Mr. Genius if you bothered to google CSS rules you'd know everything can be over ridden with the !important flag. Prinplat ]Open Source[ 13:08, December 20, 2013 (UTC)

If you would have gotten the message that I don't wish to speak to you then this wouldn't of happened either. Prinplat ]Open Source[ 13:13, December 20, 2013 (UTC)

Please stop posting on my talk page about this matter. This is your first and only warning. Prinplat ]Open Source[ 13:22, December 20, 2013 (UTC)

I removed the code, so now you exist once more. But I must make this absolutely clear. The friendship we had went up in flames after we both pushed things we couldn't deal with upon each other. In other words it's done, I will never be able to call you my friend again. I wish that you would only message me on chat when it relates to some sort of preposterously overblown matter that in two days won't really mean anything. I can still help you with site things. But as for being friends, it's not going to happen. Prinplat ]Open Source[ 01:48, December 21, 2013 (UTC)

I normally don't get involved in this kind of stuff because I don't like shoving my nose where it doesn't belong, but what are we? Four year olds with knowledge of code?

You two are trusted users with rights that were granted to you by the community, and as far as I know, with the trust of the community behind you. If you act like this, whether it's to each other or not, how can we expect you to regulate the wiki and the chat properly, if at all? Bureaucrats, admins, chat mods, ANY user right in general has some expected maturity level behind it.

And you have both failed to reach that level in this situation.

Now please, resolve this. Because even though I don't know either of you very well and have only talked to you a few times, I consider you both acquantences, and looking at this kind of thing is ridiculous. Please at least consider this before you blank it, or whatever.

As for you, I'd prefer if you didn't try to police me about what I choose to do with my private css files. What has been going on is nothing of your concern and I would appreciate if you would step back and think that maybe, just maybe trying to tell them off is just going to escalate the situation. Prinplat ]Open Source[ 01:50, December 21, 2013 (UTC)

I'm sorry, Maria. I wasn't trying to police your css files or anything like that, and like I said, I don't like digging into this kind of stuff. But it irks me halfway to Hell and back when two people who were friends start fighting with each other and stop being so. It pains me to see it, especially. Just let me ask: Have you tried talking to Weaver about your problem with him, and allowing him to do the same?

That may sound beyond idiotic, dramatic, and a variety of other words you're probably using right now, but it works. Call me an idiot, a bitch, or whatever else, but at least take what I'm saying with a grain of salt.

Oh how I love to wake up to an argument on my talkpage...

Cal, several people have already told her that what she is doing is immature, and frankly, pathetic. She has already made it clear that she does not want to talk to me and does not care about how I feel, even though she brought this all on herself. I have already said that I am willing to talk about this with her, but she stubbornly refuses to do so.

So there is no point in dealing with her.

>sigh< Weaver, when you and I both get the chance, I would like to speak to you in chat please.

Retrieved from "https://creepypasta.fandom.com/wiki/User_talk:Weaver_Jones,_Brony_Extraordinaire?oldid=618075"
Community content is available under CC-BY-SA unless otherwise noted.