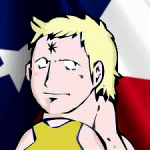 You would not believe your eyes, if ten million fireflies, lit up the world as I fell asleep...

PLEASE,PUH-LESE let me in the chat!

You have been unceremoniously stripped of your Chat Moderator rights, per this thread. You have been warned about your behavior before, and by the looks of it, you have not improved. If you want to reapply, you'd better have a good argument to back it up and make a genuine effort to change.

Just wanted to say that my oppose is nothing personal. I'm just not sure if you're ready to be a mod again. WhiteReaper

I am going to be very blunt here: you need to seriously grow up. Do not think I have not seen your recent actions on the chatroom and your constantly poor attitude that many have warned you over, yet you refuse to accept. This is not intended to be a personal attack - though knowing you, you will most likely twist it into one because you don't like the fact that your own opinion isn't factual in the textbooks - rather, it is merely a rant against what you have become, and how you can improve.

First of all, and most importantly of all, is your absolute refusal to accept current reality. People on chat had told you, time and time again, to move on from the past and accept what has happened. You utterly denied and claimed this was false. To be blunt; you are no longer a chat moderator. You have lost your rights by common opinion, and you refuse to accept this utterly *factual* statement. If this does not show arrogance and an egocentric self-serving attitude, then I do not know what does. Let me tell you; it is commonly accepted worldwide that the first sign to a path of mental insanity is the refusal to accept reality.

Life is not candies and dancing and rainbows. There are hardships, and those who feel the need to conceal themselves in a cardboard box which is filled to the brim only by that said individual's thoughts - and the idea that your opinion is factual, no less - are often considered to lead a self-destructive path. You must LET GO OF THE PAST and move on with your life. Live in the moment and accept the future - that is something you must seriously work on. If you continue to deny the fact that most users had a different opinion than you (wow! A different opinion! Pray tell, how exactly is this possible?!), and that you are *still* a mod despite harboring no chat mod star, you will only continue to drive yourself into the ground until you are buried too far under to escape and accept the cold, hard truth.

Secondly, you are not helping the possibility of regaining your moderator status by constantly storming into the chat and releasing a noxious drama bomb on it's current inhabitants. You downright insult 95% of the admins, claiming that only three of them would be good ones - in public chat, no less! You must really want to get banned, with that attitude.

In addition, you constantly target and bully Sarah, claiming that she is tyrannical for, oh my god, expressing her personal opinion as well as warning people for the rules. I have seen you mock and degrade her whenever she warns someone *else* for something, and the only possible way to describe such hideous behavior is "bullying". In stark addition to your cruelly condescending attitude, you also display a massively bloated ego, which you express openly. You claim that you "fit the bill" for being a bureaucrat and claim that you are an excellent moderator (yes, an excellent moderator who abuses power, manipulates the rules to his own liking, and expects to get off the hook with downgrading others, particularly inexperienced users - and not to mention the fact you are no longer one, which you will consistently refuse to believe). In contrast, more than half of the people here believe you were *not* a good moderator, and because your opinion is most obviously factual, you will continue deny this until, like I said, you bury yourself. You are not a moderator. Not anymore. FACE REALITY AND STOP LYING TO YOURSELF.

Again: you need to seriously *grow up*. You will never become moderator again if you continue to keep up this horrible behavior in a saddening attempt to prove everyone wrong, when in fact, the only thing you are doing is hurting yourself. You must accept reality, and no matter how many times I say this, you probably won't get it through your skull. Any pity I felt for you last night has been erased now - as judging by your absolutely dismal treatment of both the chat and the people of the wiki, I am now starting to believe the claims you made in Private Message last night weren't true at all. You are not fit to be a moderator anymore, and your attitude is not helping - and that's the major picture: if you continue this absolutely disgusting behavior then you will only DECREASE your chances of becoming a moderator again. Let me be heard, and I hope that you have the common sense enough to take this into consideration. --Christs may come and Christs may go...but Caesar is forever! (talk) 21:37, April 23, 2013 (UTC)

I MISS YOU! NOW GET ON PLEASE!

PS> I found your dog, he was alive but then he die

Hi I checked out your pasta (supernova) and left my feedback as requested in the chat.

When you ban someone from chat for general reasons (Spam, slurs, etc.), leave a message on their talk explaining the ban. I recently noticed while looking through the logs you have not done this - for anyone. You don't have to do it for socks, underage users, etc. But it is required, as stated by Maria, to leave the message explaining why and how long they are banned. Please, start doing so.

Sorry for the way I acted on chat. I guess I was trying to act cool and pushed it a little too far with spam and cruel, innapropriate jokes. Sorry for this.

Banned me for asking questions. --'.

Banned me for asking questions about age rules in the chat. Never said my real age. Just asked questions and he banned me from chat.

How, exactly, was I harassing? I didn't mention her, or call for her, and she had started arguing with me, first! I haven't done anything to begin the quarrel, and I demand that you see this from my point of view, too. Also, what sentence had I said that was considered harassment? Also, uhmm... Warnings? Kicks? Where had those been? Fallout223 (talk) 05:34, May 28, 2014 (UTC)Fallout223

Lso, I had just re-read the rules, and haven't found anything about kick before ban policies, so I do apoligize. I did notice something interesting, however, and this was that there is no rule for what ai was doing. Maybe that needs fixed, maybe I needed to be warned by you. I dunno. Fallout223 (talk) 05:42, May 28, 2014 (UTC)Fallo-OHGODANOPE!

I gave you a day-long one for trying to start drama with me. Contest it until you're blue in the face, but it sticks. You know better.

Retrieved from "https://creepypasta.fandom.com/wiki/User_talk:Wolfenmaus?oldid=880320"
Community content is available under CC-BY-SA unless otherwise noted.