Creepypasta Wiki
Register
Don't have an account?
Sign In
Advertisement
in: Computers and Internet, Demon/Devil, Memes,
and 2 more

Username: 666 (also known as sm666 on Nico Nico Douga) is a video pasta by nana825763. It shows what happens when one searches for the username "666" on YouTube and then refreshes the page a few times.

This pasta has actually created a few rumors, one of which is that the original "666" account contained a virus that changed all text into sixes.

Due to the popularity of the video, nana825763 created a "sequel", called Another YouTube.

There is a similar video to Username 666 called "none" (lowercase) whose (now colored) footage appears the video the corrupted account near the end.

There is an exploitable clone of nana825763's username 666. It's a clone, it works, but sometimes contains creepy viruses. If you are willing to take the risk of letting it into your system, that's fine. But it messes up computers. Just be careful, sometimes it affects other pages, too...

One day, a person on YouTube has posted their experience with the channel from a defunct blogging website.

"I worked for Youtube during 2006. I was a busy worker, and I recently upload videos here. What I didn't know that some of the YouTube moderators suspended a Youtube account. I told them what it was, but they wouldn't want me to.

I was wondering why I wasn't allowed to go on that page, rather then what it was. But just then, one of the moderators handed me a piece of paper with a writing on it. It was a link. He pleaded me not to ask us about the secret username ever again. The link was a Youtube user link. It said, 'www.youtube.com/666.' I went home after work, and typed it on my computer. I found out that the account was suspended, so it's no worry.

But, when I refreshed the pages several times, some things changed. All of the video tags turned into the letters "X 666" and every single text in the screen said '666.' I thought someone was hacking my computer, but I denied it and then refreshed it.

Just then, a channel popped up. It was 666's channel. I looked at some of the videos, most of them were crazy. One video contained four babies twisting their head. Another video showed swirled graphics.

I decided to get off the video and went to another one, but a blank pop up was shown. I clicked the blank button, and it took me to another video by 666.

The video was shown a women drowning in a blood pool and disgusting things happening. I thought this was disgusting, so I decided to pause the video. It didn't let me, because it wasn't responding. I decided then to close Internet Explorer, but it wouldn't budge. I also tried to go to another video too, but it didn't work either. I thought there was no way out until I thought...

All hope was lost. I couldn't get out of Explorer, and the video kept going on and on. And there was nothing to stop me. The girl in the video kept starring at me, looking at me with random sounds and beatings playing.

Just then, the woman from the video's hand popped out of the video, and crashed my Internet Explorer.

After a few days, I was recently fired after going through that horrid experience with 666's channel. That's when I thought of this: 'Could this actually been made by the devil? Was it a joke to scare YouTubers?' Either way, this myth was very mysterious. I haven't gone through sleep after watching those videos. I wonder who made them..."

This blogspot was then defunct after 2 days when the blog was done. When anyone enters the blog, a message would pop up saying "Removed by Admin. Error Code: 666." The blogger has sented me his experience by email, asking me to post this on this website. He also left a note.

"NEVER GO NOR REFRESH USERNAME:666. ONCE YOU HAVE FINISHED, IT WILL NEVER STOP. IT WON'T COME OUT."

I hope no one has ever tried this...

So you think you have seen the last of 666 right? Wrong. it seems the 2010-2012 Username 666 has been found and so far it does not sound fake, nor is it made by Nana (not much information is known therefore we will share what we have seen on this recent discovery in a list format for temporary layout).

Created by: -Unknown- (No chance it could be Nana again)

Date Created: October-2nd-2010 (The pattern was formed but de-coded to show that each year that passes the creation date changes and when October 2nd hits it says created in 2011 and then now says created 2012.) 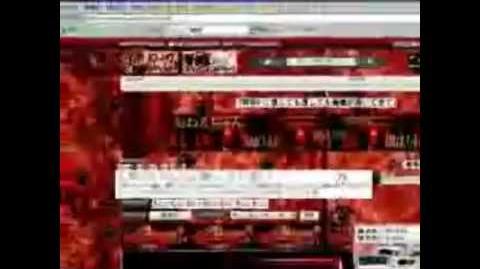 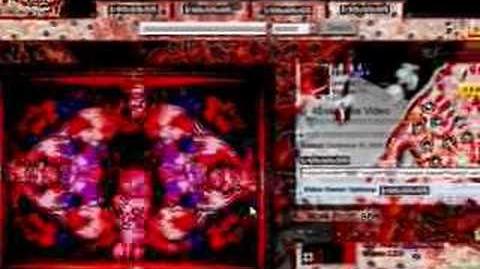 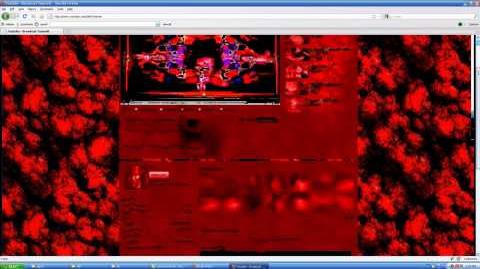 Username 666 clone - a great way to prank your friends!
Community content is available under CC-BY-SA unless otherwise noted.
Advertisement