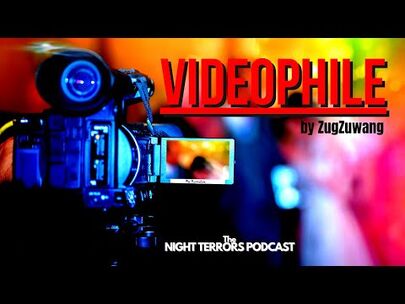 The round red button starts it all.

A lens; an all-seeing eye.

A flashing light blinks as the display shows the souls of the innocent, the guilty and the deceptive.

One can see all the little movements, the subtle muscle impressions made by the face that we don't always see; the tiniest hint of discomfort, joy or perplexion.

One is omniscient behind the eye of a lens, always watching; hidden in plain sight.

The hilarity and ironic value of these facts is realized when the wider perspective is shown; once you 'zoom the camera out' so to speak. For when you do, you will see more than the video camera situated on a tripod. You'll see me.

If I were to tell someone about what I'm actually doing behind my camera, they'd likely call me a voyeur; some sort of deviant. I would be little more than a fiend to them. But they'd be terribly, terribly wrong. The ignorance of such words is funny, because a single glimpse into what I see would be more than enough to quell the comments. 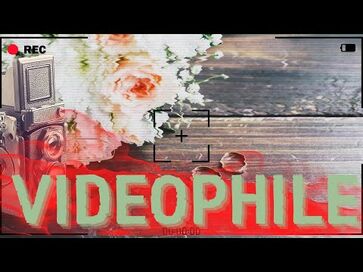 The irony presents itself in that one might expect those who like to spy, to pry and peep, to invade privacy and to learn more about people than they know of themselves; to be in prison, or at least to be in the darkest depths of society where they cannot act out these fantasies as brazenly. But again, they'd be so utterly wrong.

I get paid for it.

Even more bizarrely, people trust me in public settings.

So I would implore one to truly assess the situation with me.

Here I am, standing at the back of the dining room of a wedding reception; my little blinking light documenting everything that goes on. I've been allowed in this place, hired even. It's wondrous how easy infiltration is. Mr. and Mrs. Anderson, the newlyweds, are currently on the dance floor; drunk and disorderly.

The ceremony was rather interesting. I videoed that, too; drinking in each and every little expression they made as they said their vows. My zoom captures so much, it's utterly fascinating. Every blemish was in full focus as I slowly zoomed inwards to rest on Mrs. Anderson's face. Outside of the camera, she's a woman in her prime, twenty five and earning five figures; truly a role model and a striking person. But the camera doesn't lie, and I could see it all. 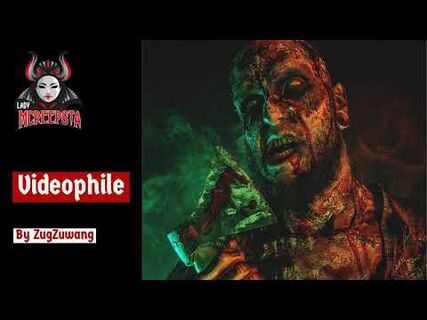 I saw the wincing she made as the vows were recited in front of her; I saw as she slipped the ring on, how her fingers shook. Underneath it all, she's a rusted and worn has-been; the soul of an old maid inhabits her youthful body.

And Mr. Anderson, the personal trainer. I saw that twinkling smile as they were pronounced husband and wife; the one he likely wears when he hits her, too. I know he's a sadist; it takes one to know one.

That chiseled, brown haired man is a façade; a caricature of masculinity threatening to crumble.

They show their true colors to me persistently, and I intend to capture it all.

They're doing it now, as they celebrate their marriage to the tune of Losing My Religion on the dancefloor. My lens is trained on them; the subtle discomfort when he touches her waist; that desire to peel away. He wishes she was more drunk; maybe then she'd make him excited. I pan away for a few moments, surveying the guests at their tables, analyzing their movements; their gestures making for interesting pieces of this puzzle.

Sarah, the sister, sits to my left; arms expressing a story she's recounting. I can zoom towards her made-up face, watching the intricacies of the laugh lines upon her face move. It's focused with her in frame now, and separate from the other hubbub in the room. I watch her lips; hearing the sounds when I really concentrate on her. 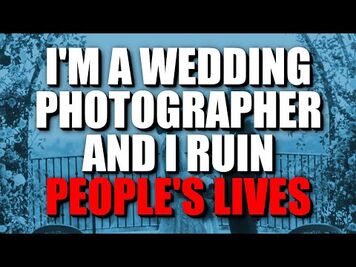 She's talking about a childhood story. Her and Mrs. Shirley Anderson had an altercation, some sort of comedic value involved when the former fell over while arguing as children. The words don't matter though, not as much as her face. The twitch as she mentions her sister's name; small tiny lip movements when accepting compliments about her sister's husband.

She knows quite a lot.

Next, the blinking recording device shifts to the table to the right, where Mrs. Anderson's close friends are all situated, settling on one particular. A lean man, mousy-haired, mild-mannered and polite as he shares a joke with his peers. As I zoom, I notice his eyes flitting to the newlyweds on occasion, struggling to engage with his fellow friends as his focus is drawn elsewhere.

Marcus is his name.

His words are caught by my ears as I watch his lips with intense interest as he talks once more.

Something about the Andersons being drunk, that he'd like to go for another drink soon; that perhaps he might dance soon. It seems the idea of being up on that dancefloor makes him happy; his expression seems to soften as he moves his gaze once more aimed at the dancefloor; towards the new Mrs. Anderson. And that fleeting hint of apprehension as his eyes move from bride to groom.

I know quite a lot now.

Of course, they're none the wiser; I'm just here to document their event.

At long last, the party is over. I begin to pack my things away, ready to head home; alone in the room, but for one.

He comes up to me, the groom. Paul Anderson in his navy suit, red tie and brown shoes. Even without the lens I can see his grandiosity is but an illusion.

"You did just as I asked, well done for not getting in the way too much."

I nod and smile, replying as I continue to put my things away.

"No problem, I'm just an observer, that's all, right?"

The man returns with a jovial smile, and heads out of the room; the tapping of his feet audible as he goes.

I am simply just an observer.

My laptop displays the contents of the video, ready for editing, displayed in full.

I watch intently at the screen, eyes fixated on each and every change in expression, reveling in the documentation I have of each interaction. I playback the scenes like a movie, stitching together my narrative. I have created a fall from grace, the ceremony with the snapshots of the couple, all smiles and the fragility they both bring. Next, the meal, morsels swallowed down in small mouthfuls. Mrs. Anderson's apprehensiveness to eat in full view; her husband looking a little too intently at her as she swallows, just for a second.

And of course, the dance.

The dance is the best part yet.

The trailing of his hands up her body as they dance to the rhythm, her face full of tell-tale reluctance and tolerance. That's what she is really, a woman of tolerance. The music just masks it all in a shroud of celebration; eyes locked as she tries to break away, his arm keeping her firmly in place.

Why do I care so much about people I hardly know?

Their plight is the most interesting part. The fascination lies in their unspoken language, the words they share with no sounds. I know so much about them through my third eye. And they hired me, so I must finish their story.

The last part has yet to be completed. The fall from serenity to boiling point is there, but their ending has been untold.

I don't usually break my own rules, but the Andersons have really enthralled me today.

And so, as I switch tabs to my camera feed monitor, a small sigh escapes my lips.

They're sleeping so soundly, not a single peep. Naturally, they're not embracing, but it's serene sleep nonetheless.

I switch them off as I leave, my long coat following me as I go.

This ending requires more than just watching; a more personal touch is required.

Strolling through the darkness is where I enjoy life. The cold air on my face as I trudge along the hard sidewalks of the sleeping city. I cast my mind back to the pre wedding meeting. Miss Shirley Roberts, as she'd been known before Paul became her husband, sat in front of me in their nice tidy lounge; discussing the details of their celebration, what I'd need to bring; pricing and such. I'd had the measure of them before they'd even started talking. The touching and locking eyes were too performative, as if both were trying to fool one another.

Their story was begging to be told.

And here I am, once again, at the abode they'd allowed me into, both knowingly and unknowingly. I creep into the backyard, duplicate house key in my left hand, and the other key in my right.

Advancing up the stairs is a slow process; every sound I make risks waking the two slumbering protagonists in my narrative. I make my way, ascending with careful footing. I hear soft breathing as I near the top, a mumble and a shift in position. Good, they're still asleep.

I'm inside the room now, inches away from my muses. My hand is shaking a little as I place the folder in my right hand in between the two sleeping subjects.

I switch my eyes and ears in their house on before I retire to bed, the anticipation of what's to come making sleep difficult; whoever wakes first will finish my story.

I am not disappointed, not at all.

The camera feed displays blood-soaked sheets sprawled on the floor, fresh from a morning struggle. Two equally disorganized bodies lie parallel to each other, with a blade by Shirley's hand; cadavers leaking the very same liquid the bed is coated with. And just to their left, lies an open folder; a picture of a slight, mousy-haired man, and a note scattered not far from it.

I begin to look over the footage from the beginning of the morning, watching the resulting skirmish that the two could not have ever foreseen. The awakening of Paul Anderson, his hands opening my gift; the realization, and of course, the mad rage induced onslaught with the now discarded blade.

I have outdone myself; my predictions were once again correct. I know these people better than they know themselves. I know their thoughts.

I finally allow myself a smile. My work is almost done. Now all that's left is to finish the video; to complete the happiest day of their lives.

My ending couldn't have gone any better.

Written by ZugZuwang
Content is available under CC BY-SA