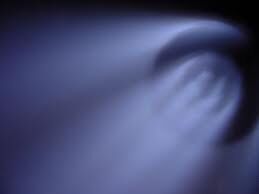 There was once a happier time, a time when we loved our gods and in return for our love they blessed us with good harvest and prosperity. That was many years ago, now there is only famine, sickness and death.

To make matters worse, what little resources we have are being stretched thin by our great war. A war to end tyranny and bring back those prosperous times before the black fog descended upon our cities. A war against the very gods we sang our praises to only a few short years before. No one knows WHY the gods turned their backs on us, but we all remember the day it happened, the day of black fog.

It was a day of celebration, of song and dance and feasting. One of our gods had chosen to grace us with their presence high above our capital. It hung above us, colossal in size, gleaming with a beauty rarely seen in this world. We danced in and out of its shadow and paid tribute to its glory. The royal quire had just begun to sing a hymn in the god’s honor when suddenly it happened. With a mighty roar the god belched forth a fog from the heavens. No one knew how to react, we just watched in silence as our city was engulfed. To breathe the fog was to die, and its touch brought horrible sickness.

Silence gave way to screams of panic as we watched the cloud of death spread though the city and out into the country side. Few from the city survived, and those who did had nothing left to return for. The fog stuck to everything it touched, the people, our buildings, our crops. We couldn’t bury our dead for fear that we would be exposed to the black death that clung to their flesh. Our crops failed, our reserves poisoned, much of our once glorious kingdom now lay empty, uninhabitable. It was a cataclysm.

Our king was dead, but a new leader stepped forward, our savior. He was wise, just, and charismatic enough to bring our people together in this time of hardship. Under his guidance new forms of farming were discovered and new technologies pioneered. Times were hard, but he was able to do more with what little remained of our civilization than anyone thought possible.

Our new king had one other thing for his people, he had a solution, a way to prevent the gods from unleashing their wrath upon our people ever again. He proposed the impossible, a mass deicide, a war to destroy the gods, and we followed him. The first step was to know our enemy. Machines were built that allowed us to ascend to the heavenly realm above. The heavens were discovered to be inhospitable to mortal kind, protective suits were built to allow us to survive for short times in the lofty realm.

With this new technology we waited, biding our time as gods floated overhead until the time was right. As the light began to fade we saw our opening, one small god, alone in the heavens. We ascended. As we climbed upon the back of the god what we discovered that filled us with shock, and then anger. The god was hollow, and on its back and in its belly rode strange beings. Wide-eyed, our two races exchanged stares for what felt like an eternity.

These were no gods! A DECEPTION! HERESY! All these centuries our gods have been nothing more than these hideous creatures, hiding inside their gleaming metal beasts! Enraged, we attacked. The “gods” were not armed, I don’t think they ever expected their humble servants to take up arms against them. We pulled the gods from their metal shell and brought them down with us to the land of mortals, but just as we began our decent, something happened. The gods died. They could not survive in the mortal realm! Suddenly our near-impossible task became so much simpler.

We continued with this pattern of attack and met with little resistance, that is until we began to think ourselves mighty, and took to the skies to lay waste to one of the larger gods known to our people. The creatures that lay within were not as ill prepared as our previous marks. They resisted with impossible weapons. They were like crossbows but without the need of bolts, wounds were instantaneous and dire and accompanied by a thunderous noise. The fight was long, and we were eventually victorious, but only barely. It became clear to us that the gods were far more powerful than our many successes in battle had lead us to believe, our only advantage in the past had been the element of surprise. Faced in open battle we would not have the numbers to see this war to its end.

The night after the battle there was a great clamor in the king’s court. An old man sought an audience with the king, he claimed to have the solution to our problems. The man was Deirge, the last of son of a clan which was exiled from the kingdom generations ago for the crime of heresy. The exile explained that his family suspected the gods false long before the day of the black fog and had spent generations working on a machine to expose their farce.

A weapon which could bring the metal monsters, the gods rode upon, crashing to the ground. The old man’s words were met with doubt and suspicion by all but our king. Intrigued, he asked the man to explain the workings of these powerful machines. The mechanism described would made of great windings of rare metals, and harness the power of natural fixtures such as volcanic fissures and gas vents to generate the power needed to pull the gods from the heavens.

The old man went on to describe how such a machine could bring to land even the winged gods which soar with great speed above the others and if it pleased the court, construction could begin immediately. The king laughed. Neither he nor any of his men had seen these “winged gods”, surely this man was insane. The exile assured the king that such beings did exist, and that he himself had brought many to the land of mortals, along with many other gods.

His clan had spent generations studying the gods up-close. You see, the machine the old man spoke of was not a theory, his ancestors had built it, and it worked. The machine lie hidden from our people all these years between three great mountains. Deirge boasted that his family had slain so many over the years that the valley had become notorious among the gods, in their tongue it’s known as “The Bermuda Triangle”.

A deal was struck, and construction began...

Retrieved from "https://creepypasta.fandom.com/wiki/War_on_the_Gods?oldid=1279981"
Community content is available under CC-BY-SA unless otherwise noted.